April 12, 2017
A number of media outlets are weighing in on Florida’s struggle with citrus greening disease.

Simultaneously, USDA’s Animal and Plant Health Inspection Service (APHIS) recently announced its intent to prepare an Environmental Impact Statement (EIS) that will evaluate the environmental impacts that may result from the potential approval of a permit application from Southern Gardens Citrus Nursery, LLC, for the environmental release of genetically engineered (GE) Citrus tristeza virus (CTV).

Southern Gardens’ purpose for requesting the permit is to use GE CTV as a biological control agent to help manage citrus greening disease, which poses a significant threat to American citrus trees.

The USDA-APHIS action is explained in this Palm Beach Post blog, "USDA seeks public input on proposed bio-control agent for citrus greening."  The Gainesville Sun explains the impact on local farms in its April 9 article, "Citrus greening disease affecting production," and The Times describes the potential impact on consumers in "Disease drives up orange juice prices."

The in-depth article, "To Save Florida’s Famous Oranges, Scientists Race to Weaponize a Virus" in Wired describes how the science works and how genetic engineering is one of the most promising tools to address the citrus greening problem for Florida’s farmers and America’s OJ consumers: 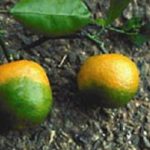 Florida’s citrus growers are running out of time. Since 2005, when a deadly disease called citrus greening first showed up in the state, they’ve been fighting a losing battle to slow the spread of the sugar-sucking bacterium behind the scourge. Today, it has infected 90 percent of Florida’s citrus groves. Fifth-generation farmers are abandoning their acres, packing factories are shuttering their operations, and the state is hemorrhaging a billion dollars every year.

One way to ensure the survival of Florida’s citrus industry – and most of the country’s orange juice – is to produce resistant trees, either with traditional breeding or genetic engineering. Both approaches are proving problematic. Despite exhaustive searches, no one has found a naturally immune tree. And it will take 10 to 20 years to engineer and approve an artificially resistant tree, even with new gene-editing tools like Crispr. Growers can’t wait that long. So to buy them time, one local citrus company is developing something more like an arboreal vaccine, using a genetically modified virus to deliver bacteria-killing spinach proteins.

The treatment starts with a harmless virus that lives in nearly all of Florida’s citrus trees. Years ago, University of Florida plant pathologist Bill Dawson modified a local strain of the citrus tristeza virus so that anyone could insert new bits of DNA into its genome, turning it into a protein factory – otherwise known as a viral vector.

Meanwhile, Southern Gardens Citrus, one of the world’s largest orange juice manufacturers, was getting on the biotech bandwagon. Initially, the company planned to rid Florida of the citrus greening disease by breeding genetically modified trees. But each one takes at least three years just to mature.


“What Florida needs is something quick,” says Dawson, “because whatever you’ve heard, it’s worse than you can imagine.”

Something quick, Southern Gardens realized, would be to instead inoculate trees with the vector, which they then licensed from Dawson’s lab.

With the vector as its syringe, Southern Gardens just needed a drug to inject. Luckily, it had already screened dozens of genes in its search for a resistant tree – from vegetables, viruses, and even a pig. One particularly promising set of genes came from the spinach plant, coding for a group of antibacterial proteins called defensins. (You have defensins too, fighting off microbes in your saliva.) These spinach defensins worked especially well to chop up C. liberibacter, the bacterium that kills citrus trees by choking off their food supplies.

Southern Gardens inserted the spinach genes into the viral vector; all that was left to do was take it to where the bacteria live.

Trees don’t have veins, but they do have a circulatory system of sorts. Called phloem, these pipe-like tissues transport water, sugar, and nutrients from the roots to the leaves and fruit. That’s where C. liberibacter make their home, living off the trees’ food, preventing the fruits from accumulating sugars (that’s why they stay small and green, hence “greening disease”), and eventually starving the tree to death. To access that network, Southern Gardens grafts a vector-treated plant onto the infected tree. As the virus replicates inside the tree, it becomes a spinach defensin factory, and those proteins travel through the phloem attacking every C. literibacter they meet. 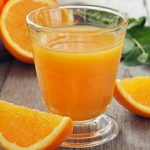 “You can think of like a slow release vitamin tablet,” says Tim Eyrich, Southern Gardens’ vice president of research and commercialization. “We’re attacking the bacteria where it lives, and we can do it without changing the biology of the tree at all.” That last bit is really important for the company, which has struggled to convince Americans that GMOs are the only way to keep domestic orange juice on the breakfast table. OJ made from transgenic fruit may carry a GMO label, while juice made from a vector-treated tree would not. And while they’re not giving up hope on a transgenic approach to replace Florida’s lost acres just yet – Southern Gardens is currently testing trees with the same spinach defensins – they’re still a long way from winning regulatory approval, not to mention hearts and minds.

In the meantime though, their weaponized virus is bringing new hope to an increasingly desperate industry. According to economists at the University of Florida, the state’s production has decreased by 70 percent since 2005. Farmers are spending on average $1,000 more per acre to grow less fruit, as they try everything from chemical cocktails to nighttime heat treatments to hold off the disease.

In February, Southern Gardens Citrus applied for a permit to release its engineered virus on hundreds of test acres of juicing orange trees, expanding on the limited trials it has been conducting since 2010. On Monday, the U.S. Department of Agriculture posted a notice that it intends to conduct an environmental impact assessment to review the potential risks of granting such a permit. That review, which is pretty standard for a biological pesticide, should take about two years. If all goes well, growers could be using it as soon as 2019, pending additional EPA approval. That’s lightning speed compared to making a resistant tree from scratch. But for now, Florida’s families in economic limbo can only hope it’s fast enough.
More on This Topic