Health Care in Focus as President Trump Addresses the Nation

In his State of the Union address, President Trump described the need to rein in health care costs as a “major priority for me.” And for the president, this includes the need to lower the cost of prescription drugs for American patients – an urgent priority also shared by those within the biotechnology industry. As BIO’s President and CEO, Jim Greenwood, said on Tuesday:

“[Our] industry is eager to help deliver responsible solutions that ensure prescription drugs are affordable for all patients. No one should be denied access to a life-saving medicine because of what he or she is expected to pay at the pharmacy. While most Americans fill prescriptions for low-cost generic medicines, there is a growing number of patients with difficult health challenges who are being asked to pay an ever-greater share of their prescription drug costs. The burden insurers and other middlemen are shifting on to the most vulnerable patients is fueling the affordability crisis we now face. …

“If the president and Congress want to make a real difference, then they need to look at the entire drug cost ecosystem. A holistic approach is the only way to ensure biomedical innovation continues to thrive and all patients have affordable access to the treatments they need.”

The president also laid out an ambitious health care agenda which included plans to eradicate HIV/AIDS within the next 10 years, fight against childhood cancer, and ensure individuals have access to affordable health care.

The good news is that the America’s biopharmaceutical companies have made tremendous progress over the years in these areas of focus. Here’s how far we’ve come:

"In recent years we've made remarkable progress in the fight against HIV and AIDS. Scientific breakthroughs have brought a once distant dream within reach.” – President Trump

The president is right. America’s biopharmaceutical companies are working hard to develop breakthrough medicines and cures for a variety of conditions – and the fight against HIV/AIDS is a great success story. The data speaks for itself:

"Tonight I'm … asking you to join me in another fight all Americans can get behind – the fight against childhood cancer." – President Trump

The numbers are startling. In 2019, an estimated 11,060 new cases of cancer in the United States will be diagnosed among children from birth to 14 years. What’s more, 1 in 4 elementary schools has a child with cancer. But the good news is that the biopharmaceutical industry has made great progress over the years in developing medicines for children in need:

"Many of us have campaigned the same core promises to defend American jobs and ... to reduce the price of healthcare and prescription drugs. … It's a new opportunity in American politics if only we have the courage together to seize it." – President Trump

BIO applauds President Trump’s commitment to lowering health care costs for the American people. But implementing shortsighted polices like adopting foreign price controls, or requiring patients to “fail first” on a medicine because an insurance provider prefers it for purely monetary reasons, rather than clinical ones, is dangerous for patients in need. Let’s let the medical professionals make those decisions.

A better approach is the one outlined by  the Council for Affordable Health Coverage – a coalition representing a diverse cross-section of health care stakeholders – to promote market-based policies and help ensure all patients have access to affordable, innovative cures and treatments that they need and deserve.

The State of the Union address was a good reminder that we can beat devastating diseases and achieve lower health care costs by working together to craft smart policies that put patients first.

To view BIO’s full statement on the State of the Union address, click here. 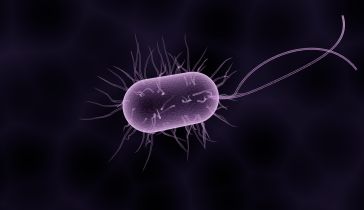