Hollywood And The Anti-Biotechnology Food Movement

March 7, 2017
"From movie stars to television chefs, a cadre of self-promoting yet often ill-informed celebrities are influencing the public discussion about topics way beyond their expertise, particularly consequential issues like vaccines and biotechnology."

Julie Kelly is a cooking instructor, food writer, blogger and mom. Since 2015, she has vocally supported GMOs through her contributions to the Wall Street Journal, National Review, Huffington Post, The Hill and other media outlets. Genetic Literacy Project recently published her piece, "When Celebrity And Science Collide: Hollywood And The Anti-Biotechnology Food Movement," which looks at how Hollywood and celebrities often spread misinformation about science, and GE crops in particular.
Kelly's piece argues that Gary Hirshberg, founder of Stonyfield Organic and Just Label It, is the key celebrity organizer, while Gwyneth Paltrow has emerged as the face of “celebrity moms” who question the safety of GE foods. Additionally, Mark Ruffalo questions GE foods but also rejects biotechnological solutions beyond food, such as the gene-edited mosquito that could curtail the Zika virus. Kelly writes that celebrity misinformation campaigns have filled a void created by the agricultural and food industries, which have been reticent to defend the science of biotechnology.


"If 'Big Bang' star Mayim Bialik talks about Zika’s impact on the brain, we might be interested because she has a PhD in neurosurgery—she has genuine credentials. But science-educated stars are few and far between." 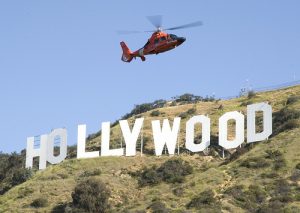 Kelly argues that celebrities may have any number of motives for injecting themselves into the middle of debates over controversial, scientific issues. Ego, for example. It’s a way to get publicity for themselves (McCarthy is more known now for her anti-vaccine activism than for her acting.) Kelly is right and this is a common trait among anti-biotech advocates. They focus mainly on self-interests rather than what is best for society as a whole.

Read Julie Kelly's article here and learn more about how ill-informed and selectively ignorant comments can sway public opinion in destructive ways, especially by coming from those in the public spotlight.