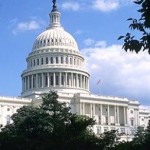 First introduced on March 25 by Reps. Mike Pompeo (R-KS) and G.K. Butterfield (D-NC), the legislation has evolved through bipartisan discussions between the Agriculture Committee and the Energy and Commerce Committee.

The bill currently has 69 cosponsors along with public support from more than 400 organizations in all 50 states that represent every step of the American food supply chain—from farmers to food manufacturers.

“H.R. 1599 is the solution to an urgent and growing problem,” said Chairman K. Michael Conaway.  “The current patchwork system of varied labels interferes with the free flow of goods across the country, posing a real threat to interstate commerce and typically results in inconsistent and confusing information for consumers. Creating a uniform national policy regarding biotechnology labeling is the free market solution that will allow consumers access to meaningful information, create market opportunities for those on the production and processing side, and will facilitate future innovation.”

“Consumers increasingly want to know more about where their food comes from and how it is produced. I think H.R. 1599 satisfies that demand while also recognizing what we know about the safety of the foods that our farmers produce. The bill is a workable solution that will alleviate the potential mess of 50 states with 50 different labeling schemes,” said Ranking Member Collin Peterson.

"Without a national standard, we risk the spread of misinformation and increased food costs,” said Rep. Rodney Davis, Chairman of the Subcommittee on Biotechnology, Horticulture, and Research.  “Just as consumers can go to the grocery store and identify organic products, this bill will allow them to do the same with GMO-free products.”

The Coalition for Safe Affordable Food, which includes hundreds of the nation’s most preeminent agriculture and food production organizations, applauded the action.  “Today’s committee approval of this legislation is a strong sign of the support for national food labeling legislation that gives consumers the information they want in a truthful, consistent manner, and we call on the full House to vote on this important bill before the August recess,” said Claire Parker, spokesperson for CFSAF.

BIO’s Acting Executive Vice President of Food and Agriculture Matt O’Mara said, “We commend the hard work and leadership of both the House Energy and Commerce Committee and the House Agriculture Committee to advance a national solution to GMO labeling.  We stand with a broad community of farmers, growers and food manufacturers in encouraging the full House to act on the bill within the coming weeks.”

“Today’s House Agriculture Committee vote is further evidence of the growing support and momentum in Congress for this bill, and we urge the full House to pass it before the August recess,” said Pamela G. Bailey, Grocery Manufacturers Association president and CEO.  “This critically important bipartisan legislation will ensure that Americans have accurate, consistent information about their food rather than a 50 state patchwork of labeling laws that will only prove costly and confusing for consumers, farmers and food manufacturers.”

“The American Farm Bureau Federation is pleased that Congress is moving to bring greater clarity to food labeling,” said Bob Stallman, Farm Bureau President. “This bill is an antidote to anti-GMO initiatives that make people wrongly fear the food they eat. Such regulations generally ignore science and undermine the public’s understanding of the food farmers and ranchers produce. H.R. 1599 restores reason to our food discussions and shows pseudoscience and food quackery the door.”

The National Corn Growers Association today praised the U.S. House Agriculture Committee’s approval of the Safe and Accurate Food Labeling Act and called for action by the full House.  “The committee approval of this legislation sends a strong message about the growing bipartisan support for this legislation,” said NCGA Trade Policy and Biotechnology Action Team chair John Linder, a farmer from Ohio. “The House and Senate must pass federal legislation this year; the continued threat of an unworkable patchwork of state GMO labeling mandates will drive up costs for farmers and consumers alike.”

“Consumers continue to demand more transparency and accountability from food producers,” said Wade Cowan, president of the American Soybean Association and a soybean farmer from Brownfield, Texas.  “In the coming weeks, we’ll meet with every lawmaker in soybean country to urge them to support this legislation. It’s a bill that moves us closer to a science-based dialogue on food and farm issues, and we will encourage every member of the House to get behind it.”

“The House Agriculture Committee has taken an important step in moving forward legislation to ensure that farmer co-ops, their producer-owners and other agribusinesses have the certainty of a uniform, national standard when it comes to labeling foods made with biotech-derived ingredients,” said National Council of Farmer Cooperatives President and CEO Chuck Conner. “H.R. 1599 would eliminate the possibility of a state-by-state patchwork of labeling laws, something that would increase costs and reduce choices for both farmers and consumers.”

The bill could see action in the full house as early as next week.
More on This Topic