Forbes’ GMO Answers column looks at the tremendous potential of animal biotechnology to combat human disease.  Under the theme “One Health,” these technologies – and the roadblocks that are preventing them for commercialization – are the focus on this week’s Animal Biotech Summit in Bethesda, Md.

Today’s column was authored by Eddie Sullivan, Ph.D., CEO and co-founder of SAB Biotherapeutics, Inc. (SAB), a clinical-stage biopharmaceutical development company in Sioux Falls, S.D.  SAB’s technology (described below) has been identified by the World Health Organization (WHO) as a top platform for addressing global epidemics. 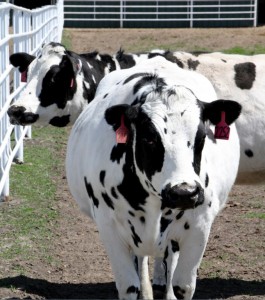 At our core we are very similar to other animals. A unifying concept that underlies biotechnology research and product development is an appreciation of the oneness of living organisms at a molecular level. Due to modern biotechnology, we’re unlocking nature’s complex codes to develop life-saving technologies.

As the Biotechnology Innovation Organization’s Animal Biotech Summit takes place this week, the focus has evolved to the concept of One Health. The One Health approach is rooted in knowledge that the health of humans, animals and the environment are inextricably linked.

Using Animals to Produce Human Antibodies
One example of this biological connectedness is SAB Biotherapeutics (SAB). Using some of the most advanced genetic science in the world, the Sioux Falls, SD-based Company has developed the first large animal platform to create human, polyclonal antibodies, also called immunoglobulins, without using human donors.

Antibodies are the natural proteins that humans and animals use as one of the defense mechanisms to fight disease. When our bodies become overwhelmed with viruses, bacteria, toxins or even cancer cells, we get sick.

Antibody Therapeutics a Complement to Vaccines
One way to treat diseases is to boost our own natural immunity with antibodies in the form of a therapeutic. This is different than vaccination where we receive a vaccine to trigger our own antibody production. These techniques for fighting disease are complementary. Vaccination is needed to prevent disease and antibody therapeutics can be used to treat disease. 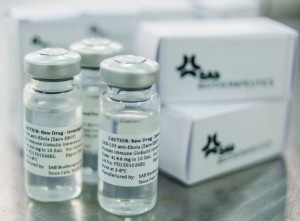 Named the DiversitAb™ for its ability to target a diverse range of diseases, leverages transchromosomic cattle (Tc Bovine™). These cattle have been genetically designed to produce large amounts of the human antibodies.

To produce a therapeutic, Tc Bovine are vaccinated against a disease organism, cell, protein or toxin. Within a brief period of time, the cattle begin producing significant amounts of human antibodies to combat the disease. The antibodies are then collected in the form of plasma (just as it is in humans), and purified to isolate the antibodies, which becomes the therapeutic treatment.

Emerging Infectious Diseases: Need for a Rapid Response
The concept of One Health is not new. More than 60% of infectious diseases in humans are spread from animals. Ebola, Zika and MERS are recent examples of these zoonotic diseases, which are increasing due to land-use changes, urbanization and global migrations. Successful disease control requires rapid diagnosis and the capacity to respond quickly with new therapeutics and vaccines, all of which can be provided by biotechnology.

Our vision to address emerging infectious disease threats, is leveraging a dedicated herd of human antibody producing cattle, to be readily available in the event of an outbreak.

The World Health Organization, a specialized agency of the United Nations, issued a report in August 2016 naming SAB’s platform one of six top technologies to address priority infectious diseases with epidemic potential, in addition to vaccine platforms and a diagnostic platform. These technologies now need funding so plans can be activated and they are ready when they are needed most.

The power and potential of biotechnology is nothing short of remarkable. However, economic, legal, political and perception issues–unrelated to science and technology–are slowing the progress and realization of biotechnology’s full potential.

The Animal Biotech Summit provides an opportunity for all stakeholders to continue the conversations that are required for removing these impediments to biotechnology development and attainment of One Health.