Humans once opposed coffee and refrigeration; Why we often hate new stuff

Humans have a habit of stalling their own progress, writes Steven Overly for The Washington Post. From coffee to mechanical refrigeration to genetically altered food, history is littered with innovations that sparked resistance before becoming fixtures in everyday life.

In hindsight, opposition to innovations such as mechanical farm equipment or recorded music may seem ludicrous. But the past 600 years of human history help explain why humans often oppose new technologies and why that pattern of opposition continues to this day. 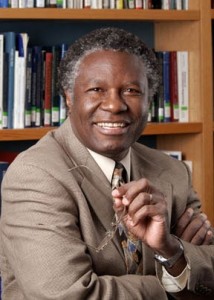 Calestous Juma, a professor in Harvard University’s Kennedy School of Government, explores this phenomenon in his latest book, “Innovation and Its Enemies: Why People Resist New Technologies.”

Among Juma’s assertions is that people don’t fear innovation simply because the technology is new, but because innovation often means losing a piece of their identity or lifestyle. Innovation can also separate people from nature or their sense of purpose — two things that Juma argues are fundamental to the human experience.

1) People sometimes oppose innovation even when it seems to be in their best interest.

The impetus for Juma’s book came in the late 1990s when, as the executive secretary of the United Nations Convention on Biological Diversity, he oversaw international negotiations related to the regulation of genetically modified crops. Groups both for and against the expanded use of genetically modified crops were vocal and dogged, even when Juma noticed they seemed to have a common goal.

Those in favor of the technology said it could reduce the use of pesticides, which environmentalists who opposed the technology had long lambasted as harmful to the environment. “What struck me at that time was [the] two contradictory positions,” Juma said. “That ended up framing this issue in a larger context.

There are moments when new technologies that could be beneficial for humanity . . . very often end up being opposed by the same groups that might benefit from those technologies.”

There may be a coffee shop on every street corner today, but the caffeinated beverage once caused much brouhaha. Juma writes that coffee first found popularity among imams in the Middle East who needed to stay awake to call prayers at the appropriate time. It simply did the job better than any other stimulant at the time, Juma said. But coffee took much longer — centuries longer — to catch on in Germany, France or England, where people were hooked on beer, wine and tea, respectively. “Much of the resistance comes from those who support or are supported by the incumbent product,” Juma said. “The biggest lesson from the coffee story is if a new technology has superior properties, overwhelmingly superior to its predecessors, chances are that technology will get adopted no matter what.”

3) Resistance to new technologies comes from three key constituents, including the average consumer.

Juma identified in his research three key sources of opposition to innovation: those with commercial interests in existing products, those who identify with existing products and those who might lose power as a result of change. The first group is perhaps the most obvious. Many industries have been disrupted, and even decimated, by innovation. Just take a look at the futile efforts of music publishers to stop or slow the transition to digital music, another topic Juma tackles in his book.

Some consumers might oppose an innovation because the existing product is deeply entrenched in their identity, culture or customs. Britons preferred tea time at home to lounging in a coffee shop, for example. Finally, the emergence of new technologies can also result in a shift in economic and political power, redistributing wealth and influence away from some groups and toward others. The expansion of tractors and other mechanical equipment reduced the need for farm labor, and the shift in population away from rural areas had significant political implications, Juma writes.

4) Humans make decisions about new innovations with their gut rather than evidence.

Opponents and enthusiasts of a new technology will often make bold claims to bolster their argument, calling upon health, science, the environment, psychology and any other number of disciplines for support. Sometimes these assertions are rooted in fact, other times not.

People once claimed coffee could make you sterile or drive you into a state of hysteria. Juma said beneath those arguments was typically an instinctive fear of new technology, rather than a reasoned response.”People react intuitively, and they collect the evidence to support what they’re doing,” Juma said. “They see a new product and there is an emotional reaction to that product because it challenges their outlook on the world. This has been the story with almost every new product.”

5) People flock to technologies that make them more autonomous and mobile.

Cellular phones and digital music saw rapid adoption because they allowed humans to be more autonomous and more mobile. You no longer need to be home to make a phone call, or tethered to a boombox to hear music. Humans like to move around and do so at their own convenience, a preference that some of the most successful innovations have exploited to their advantage, Juma said. “That’s one reason you see a lot of technology being integrated into automobiles,” Juma said.

Similarly, the human brain is attuned to “looking for patterns, looking for novelty and thriving on feedback,” he said. “I think those have become very fundamental aspects of our being human, and that shapes how we select which technologies we get passionate about, and which ones might just come along and just pass.”

6) People typically don’t fear new technology, they fear the loss it will bring.

There is a convention that people are simply afraid of what they don’t understand. That may not apply to technology, Juma said, at least not exactly. “It’s the loss they are afraid of, not the newness,” he said. That loss (perceived or real) can be a part of their identity, their way of life or their economic security. People who live off food grown in their community or who work the land for money were inclined to resist the advent and adoption of mechanical farm equipment. Juma said understanding the source of that fear can help companies and governments to mitigate resistance to innovation by involving those who are likely to be effected in the design of new technologies.

7) Technologists often don’t think about the impact their inventions have on society.

Historically, technologists have been more concerned with the functionality of the products they create, paying less attention to the implications it may have on society at large, Juma contends. “I think they get very much focused on the instrumental part of technology. Does it work or not work? They don’t connect it with the social dimensions,” he said. That may be starting to change as Silicon Valley faces scrutiny about the security and privacy implications of new technologies. Juma points to artificial intelligence as a present day example. Concerns about unruly robots running amok has prompted serious discussions about adding a “kill button” to artificial intelligence products, an idea that Google and others have been working on.

8) Innovation is not slow, linear or incremental — but the government doesn’t realize that.

Most governments don’t appreciate that “technologies advance in an exponential way,” Juma said, resulting in policymakers who are constantly surprised by new innovations and often fail to regulate them successfully. Uber offers a prime case study. The ride-sharing service exploded in popularity and rapidly expanded to cities around the world, sparking an outcry from taxicab commissions the world over. In most cases, the government’s response was slow and reactionary. “That’s because they think about [innovation] in a slow and linear way. That’s how it’s been in the past; that’s not the case anymore,” Juma said. To combat that mindset, governments at the federal, state and local level need to lean on the expertise of advisers with deep knowledge of science and technology, Juma said.