August 4, 2017
Industrial biotechnology impacts numerous areas of society, but often, there is not significant awareness of the innovation taking place to lessen pollution. We’ve seen biofuels and bioplastics being created, but there are also efforts to produce renewable chemicals. The Environmental Protection Agency (EPA) released Bioengineering for Pollution Prevention report in 2007, but 10 years later, what progress has industry made? 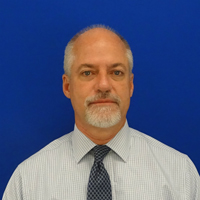 In an interview with AltEnergy Mag, BIO’s director of communications, Paul Winters, answered the questions.


"Unlike other technologies – such as wind and solar – industrial biotechnology can do more than displace fossil energy. In addition to producing biofuels, industrial biotechnology has the potential to solve research challenges for advanced bioenergy sources, such as biohydrogen. Bioplastics and biobased material are made from renewable biomass and also can be biodegradable, eliminating waste in the environment. And industrial biotechnology is more energy and resource efficient, reducing waste byproducts – especially toxic waste – along with energy use."

"Industrial biotechnology has diversified and demonstrated the ability to impact more than just biofuels and bioplastics. The industry is producing renewable chemicals as direct replacements for petrochemicals in food, cosmetics, and personal care. The result is sustainable consumer products with new attributes and qualities that people use on a daily basis."

Winters also addressed the challenges that were discussed in the EPA’s report and how they have been overcome. Additionally, he points out the new challenges that lay ahead.


"While first-of-a-kind biorefineries have been built to demonstrate and produce commercial quantities of single products, the industry is still pursuing a vision of integrated biorefineries that produce multiple end products. A diverse product line is one of the key ingredients for economic success and industry growth."

"Industrial biotechnology has allowed companies to pursue diverse products, many of which remain at an early stage. One fast-emerging technology area is the capture and reuse of carbon – off-gasses from industrial plants – as direct inputs for bioprocessing."

Read the full interview here.
More on This Topic