July 21, 2017
Looking closely at the concept of “One Health,” it’s logical to see the interconnectedness of human, animal and environmental health.  By addressing the potential for infectious disease in animals and the environment, we can help prevent the transmission of infectious diseases among humans and enhance the health of the global population.

This concept was explored in detail at BIO’s 2017 International Convention on June 19, which brought together experts from industry, government and academia for the Convention’s “One Health Day” sessions.

BIO is especially interested in and supportive of One Health because the tools of biotechnology provide unprecedented opportunities for understanding, solving and preventing the web of interrelated problems threatening the health of people, animals and the environment. 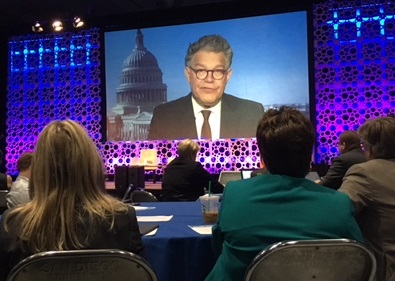 “Seventy-five percent of emerging diseases such as Ebola or Zika come from animals,” said Sen. Al Franken (D-Minn.) via video message at the top BIO’s One Health Day program. “The biotechnology industry has an important role to play here,  and your convention is a great example of One Health in action.”

The increasing incidence of transboundary animal and zoonotic disease outbreaks, with emergence and re- emergence of new animal diseases, can often be traced to changes in climate, food security and agricultural practices. Recent outbreaks of diseases such as SARS, Ebola, Middle East Respiratory Syndrome, avian influenza, Bovine Spongiform Encephalopathy and Nipah, have caused major human suffering and enormous economic costs.

Governments must be ready.  Encouraging a multidisciplinary and multisector public health policy approach is one way for the United States to improve its readiness.

Sen. Franken has been pushing legislation aimed at breaking down silos between human and animal health programs, and has introduced language in the Senate Appropriations Bill specifically aimed at enhancing the collaboration between government agencies to better prevent zoonotic disease outbreaks:


“The Committee believes that complex problems affecting the health of humans, animals, and the environment are best solved through important communication, cooperation, and collaboration across disciplines, sectors, between agencies, and between other appropriate domestic and international actors.

“The Committee requests a report detailing existing collaborative efforts between FDA, USDA, and other agencies to prevent and respond to zoonotic disease outbreaks in animals and humans; a proposed framework to improve these efforts; and specific activities requested to achieve the proposed framework.”

BIO supports efforts, both legislative and programmatic, to encourage cooperation and collaboration on One Health priorities. Doing so is a national public health priority.