April 1, 2014
Indiana Governor Mike Pence has signed bipartisan legislation enabling retail pharmacies within his state to substitute interchangeable biologic medicines, once approved, for the innovator drug on which they are based. 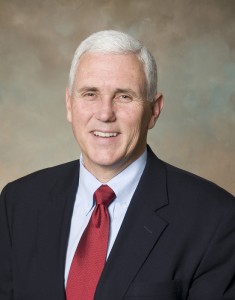 Indiana Governor Mike Pence signed legislation designed to create a pathway for the substitution of interchangeable biologic medicines. This bill is a model for legislation necessary in all 50 states to address this cutting-edge technology.[/caption]

Not only does this legislation empower pharmacists to use their professional discretion to automatically substitute interchangeable biologic medicines, it also ensures transparent communication within a patient’s entire health care team to ensure the best decisions possible. The newly signed Senate Bill 262 ensures pharmacists communicate with the prescribing physician within 10 days of substituting either an interchangeable or innovator biologic for the originally prescribed therapy.

Indiana is the fifth state to enact legislation with prescriber communication requirements and the first state to include language accounting for the eventual adoption of electronic medical records. The policies outlined in Senate Bill 262 align with all five of BIO’s principles on biologic substitution and received the support of a broad coalition of biologic and biosimilar manufacturers, along with physician and patient groups.

This legislation will benefit Hoosiers when interchangeable biologics are approved by the FDA. When they become available, these therapies will be safe, effective, and similar to innovator biologics. Furthermore, they will provide patients with more opportunities to address their unmet medical needs, particularly severely ill patients who rely on cutting-edge medical treatments.

BIO also applauds the actions of the Indiana General Assembly for taking a national leadership role in developing this legislation. The Indiana State House of Representatives passed the bill by an overwhelming vote of 87-5. This action followed the Indiana Senate’s passage of identical legislation by a vote of 38-11.
More on This Topic