March 27, 2014
Years ago, after much frustration over the lack of understanding and awareness of multiple myeloma, the International Myeloma Foundation (IMF) declared March as “Myeloma Awareness Month” and has grown its program into a multifaceted campaign. This year’s program included a kickoff live event, free teleconference, new website, social media, local proclamations, and “Myeloma Awareness Month” kits for the more than 150 IMF support groups across the country.

At the start of the month, IMF launched Myeloma Awareness Month in Boca Raton, FL at its first Patient & Family Seminar of the year. Over 250 patients, caregivers, family and friends attended the event. View the live stream of this event here.

On March 13, over 900 people registered for the IMF’s free teleconference, “Living Well with Myeloma: Chemo Brain – Is it Real?” If you missed it, you can listen to the replay of the call and view the slides.

Each IMF US Support Group received a “Myeloma Awareness Month” kit to help with local outreach. The kits included:

What is Multiple Myeloma?

Multiple Myeloma is a cancer in which plasma cells, important components of the immune system, grow and divide in an uncontrollable fashion and accumulate in the bone marrow, which attacks and destroys bone. Myeloma is incurable but highly treatable. New drugs developed in the last ten years are allowing patients to live longer lives with good quality of life.

Why is Myeloma Awareness Month so important?

The second most common blood cancer worldwide, multiple myeloma (or myeloma) is a cancer of plasma cells in the bone marrow. At any one time there are over 100,000 myeloma patients undergoing treatment for their disease in the U.S. There is no cure for myeloma and remissions are not always permanent. Increasing awareness of this devastating disease can lead to increased funding for research, earlier diagnosis, and ultimately save lives. Learn the signs and symptoms through the IMF’s 10 Steps to Better Care®.

Who is the International Myeloma Foundation?

Celebrating its 23rd anniversary, the International Myeloma Foundation reaches more than 350,000 members in 120 countries worldwide. A 501 (c) 3 non-profit organization dedicated to improving the quality of life of myeloma patients and their families, the IMF focuses on four key areas: research, education, support, and advocacy. To date, the IMF has conducted more than 250 educational seminars worldwide, maintains a world-renowned hotline, and established the International Myeloma Working Group (IMWG), a collaborative research initiative focused on improving myeloma treatment options for patients. The IMF can be reached at (800) 452-CURE (2873). The global website is www.myeloma.org. Follow the IMF on Twitter at @IMFmyeloma.

IMF’s Black Swan Research Initiative® (BSRI®) is led by a multinational consortium of leading myeloma experts who are studying and harnessing new technologies and treatments with the goal of developing a cure for myeloma.

“The goal of bridging the gap from long-term remission to cure is in sight,” said Brian G.M. Durie, M.D., Chairman and Co-founder of the IMF. “With recent technological advances, a group of elite researchers working together, and support from our partners, BSRI® aims to find a cure for myeloma by identifying the best treatments to use at the best time to achieve the best possible outcome for each patient.” To achieve the program’s objective, BRSI® plans to define and assess minimal residual disease (MRD), or MRD-Zero™ as a clinical endpoint.

How does the IMF support patients and their families?

The IMF helps educate the public on the signs and symptoms of myeloma, as well as what tests are needed to confirm diagnosis, and treatment options available through:


This year alone, awareness of multiple myeloma reached tens of thousands of more people through the IMF’s efforts. Additionally, IMF was pleased to see many other organizations follow in its footsteps and recognize March as “Myeloma Awareness Month.” The IMF is proud to have brought people together to spread the word and achieve this important goal!

Robin Tuohy, Senior Director of Support Groups, first became involved with the IMF when her husband, Michael was diagnosed with myeloma in 2000. Together they started the first support group for myeloma patients in Connecticut. Today, Robin oversees all of the foundation's Support Group programs including its annual "Myeloma Awareness Month" campaign.

As the Director of US Advocacy, Meghan Buzby manages the IMF's U.S. federal and state policy initiatives focused on prevention, innovation, access and approval of treatments. 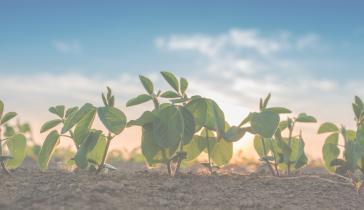