At a fireside chat during BIO 2018, Desmond-Hellmann and Heaton will lead a discussion about the mission and vision for the Gates MRI. As leaders in science and business, they have been instrumental in advancing medical breakthroughs and are champions for issues that affect women around the world. 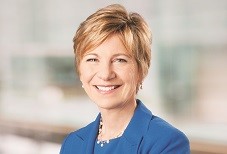 Sue Desmond-Hellmann was named one of the world’s seven most powerful innovators and called “a hero to legions of patients” for leading the team that developed the life-saving breast cancer treatment Herceptin.

It was one of a number of breakthrough medicines created under her leadership during 14 years at biotech firm, Genentech, and put her on the frontline of the precision medicine revolution. In her current role leading the Bill & Melinda Gates Foundation she champions a similar approach known as precision public health: getting the right interventions, to the right populations, in the right places, to save lives.

Trained as an oncologist, Dr. Desmond-Hellmann’s career began in San Francisco in the early 1980s amid the HIV/AIDS epidemic. As chief resident of internal medicine and assistant clinical professor of AIDS and oncology at the University of California at San Francisco (UCSF), she was at the forefront of the medical movement to understand and treat the disease. She was profoundly affected when she learned—six months after leaving UCSF—that all her patients had died.

She has since devoted her career to improving the human condition.

Today, Dr. Desmond-Hellmann leads the foundation’s vision for a world where every person can live a healthy, productive life. Drawing on her diverse experience in both the public and private sectors, she creates an environment for talented and committed individuals to help more children and young people survive and thrive, combat infectious diseases that hit the poorest hardest, and enable people – particularly women and girls – to transform their lives.

Dr. Desmond-Hellmann, the recipient of numerous honors and awards, was listed among Fortune magazine’s “top 50 most powerful women in business” for seven years and as a champion of women’s health, a physician, scientist and philanthropist, she is a leading voice for women in science and medicine. We’re proud to host her as a speaker at this year’s BIO International Convention. 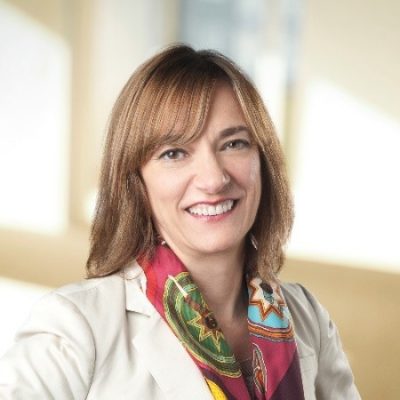 Penny Heaton has been a tireless advocate for combating inequities in health for over twenty years.

Her interest in infectious diseases was inspired at an early age by a personal connection: Her father was diagnosed with tuberculosis (TB) shortly before she was born. As Dr. Heaton grew up, she watched him struggle with the fear that his TB would reactivate and infect his own children. Rather than being fearful herself, she was fascinated by her father’s stories of his struggles with the disease. This fascination ultimately led to a career as a pediatric infectious diseases physician and a passion for finding new and effective interventions against these diseases.

Dr. Heaton’s journey is shaped by unique and impactful experiences during her career. Leading a surveillance project of more than 400 children in Kenya for the U.S. Centers for Disease Control and Prevention, she saw first-hand the devastating impact of diarrheal diseases. From there, she joined Novartis as the Global Head of Research Clusters, where she drove pioneering research in maternal immunization. Later, Dr. Heaton led the effort at Merck & Co. to develop a lifesaving rotavirus vaccine—which is now licensed in more than 100 countries and universally recommended by the World Health Organization for infants worldwide. The introduction of the rotavirus vaccine has had a profound impact on childhood hospitalization and mortality. A 2013 study of diarrhoeal disease in the Lancet stated that the decision to “make rotavirus vaccines available to the world’s poorest countries will substantially benefit global child health.” In the U.S. alone, more than 380,000 children avoided hospitalization for diarrhea from 2008 to 2013.

Her work to prevent children’s deaths from diarrheal diseases is closely related to the genesis of the Bill & Melinda Gates Foundation, which Bill and Melinda were inspired to establish after reading an article that detailed the astounding number of child deaths caused by diarrheal diseases. It was a natural fit when Dr. Heaton joined the foundation in 2013 to lead the vaccine development team and its efforts to combat not only diarrheal diseases, but several others as well, including HIV, tuberculosis, malaria, pneumonia, and polio.

But Dr. Heaton recognized the need to disrupt global health by applying cutting-edge science and technology to combat age-old diseases in the world’s poorest populations.

Dr. Heaton is now charged with tackling those problems head-on through the Gates MRI—an organization focused on thinking big, exploring novel ideas, collaborating across disciplines, and being fearless in its approach to scientific inquiry in ways that aren’t always possible in the private sector or in academic research labs. The institute’s focus is translational medicine, with the ambitious goals of eradicating malaria, accelerating the end of the tuberculosis epidemic, and ending diarrheal deaths in children. Together, these diseases cause over four deaths every minute.

As a champion for the world’s poorest and underserved populations, as a leader in the field of science and medicine, and as the steward of the new Gates MRI, Dr. Heaton is a woman who is breaking ground for more women to follow.

BIO is looking forward to hosting Dr. Heaton at BIO2018 and to hearing more about what comes next as the Gates MRI becomes operational this year.

Interested in learning more from Dr. Desmond-Hellmann and Dr. Heaton and where their efforts are headed next? Register now for BIO2018.

About the Gates Foundation

Guided by the belief that every life has equal value, the Bill & Melinda Gates Foundation works to help all people lead healthy, productive lives. In developing countries, it focuses on improving people’s health and giving them the chance to lift themselves out of hunger and extreme poverty. In the United States, it seeks to ensure that all people—especially those with the fewest resources—have access to the opportunities they need to succeed in school and life. Based in Seattle, Washington, the foundation is led by CEO Sue Desmond-Hellmann and Co-chair William H. Gates Sr., under the direction of Bill and Melinda Gates and Warren Buffett.

About the Gates MRI

Aligned with the vision of the Bill & Melinda Gates Foundation and guided by the belief that all lives have equal value, the Bill & Melinda Gates Medical Research Institute (the Gates MRI) is focused on accelerating the product development timeline for diseases that affect the world’s poorest populations. The Gates MRI’s goals are to eradicate malaria, accelerate the end of the tuberculosis epidemic, and end diarrheal deaths in children. It is headquartered in Cambridge, MA, and led by CEO Pen
More on This Topic