IP Sessions at BIO 2015: The Impact of the Inter Partes Review on (BIO)Pharma

June 24, 2015
The Intellectual Property Track at the BIO International Convention was a chance for IP thought leaders in the biotech sector to discuss some of the most pressing issues impacting the industry.

Let's recap what we learned from one of the IP sessions at BIO 2015:

The Impact of IPRs on (BIO)Pharma

On Tuesday, patent litigation experts met to discuss inter partes review proceedings and how they are impacting biotechnology.

Panelists from The Impact of IPRs included:

The PTO’s Inter Partes Review (IPR) system – an administrative patent challenge system created by the America Invents Act of 2011 – was intended to provide quick and cost effective alternatives to litigating the validity of patents in district court. However, the astounding number of IPRs filings since 2011 has worried many members of the biotechnology industry, who believe the system is undermining the value and predictability of patent rights and wreaking havoc on the legitimate, investment-backed expectations of patent owners. 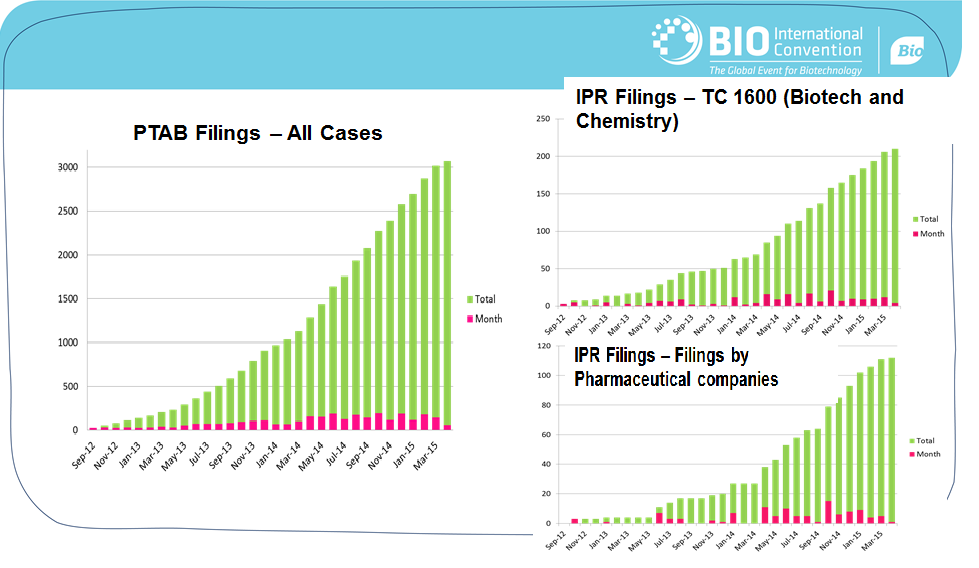 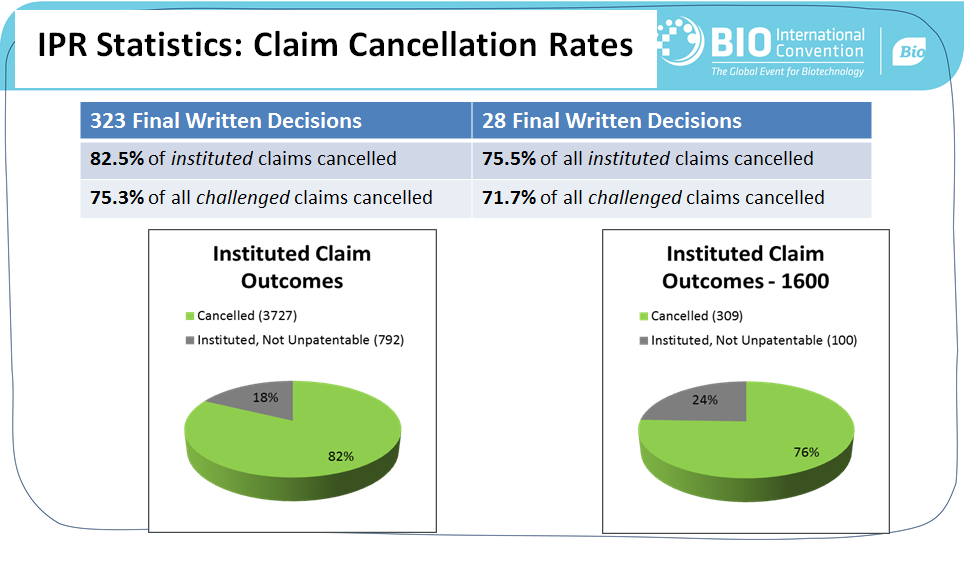 Administrative Patent Judge Jacqueline Wright Bonilla acknowledged that the PTO had not anticipated the staggering rate of IPR filings when the proceeding was first introduced. Nor could anyone have foreseen all the consequences, intended or otherwise, that it has been having on the patent system.

In audience Q&A, several session attendees expressed concerns with how the IPR system has negatively impacted their company's ability to protect their inventions. Many pointed out how simply the challenge of an IPR can impact the company valuation, hindering their ability to raise capital for future drug development with investors.

The panel ended with a brief mention of some legislative initiatives currently underway which may reform aspects of IPR. The STRONG Patents Act in particular has several elements which would combat some of the negative consequences of IPR – it would raise the burden of proof for those challenging patents, changing the claim construction standard from BRI to the same as in district court, and only allowing those who have been sued to have standing to bring about a review.