The six biotech IPOs of 2011 have followed 2010's IPO trends; all took significant haircuts getting out the door and most are performing modestly.  The median downward adjustment in the amount raised for 2011's biotech IPOs stands at -31%, the average is at -33%.  These companies have raised a median and mean amount of $49M and $54M, respectively.

The real IPO story continues to be China's streak of pharma and biotech listings.  Five Chinese biopharma companies have gone public so far this year, along with a host of CROs and supply companies.  These biopharma companies raised an average of $172M in their debuts on the Shenzhen Stock Exchange (excluding TCM company Tibet Pharmaceuticals, which raised $16.5M in its debut on the NASDAQ in January).  With China exhibiting such an appetite for biotech offerings, it comes as little surprise that Asian companies are joining the IPO queue, with some public Chinese companies even opting for secondary offerings in Hong Kong. 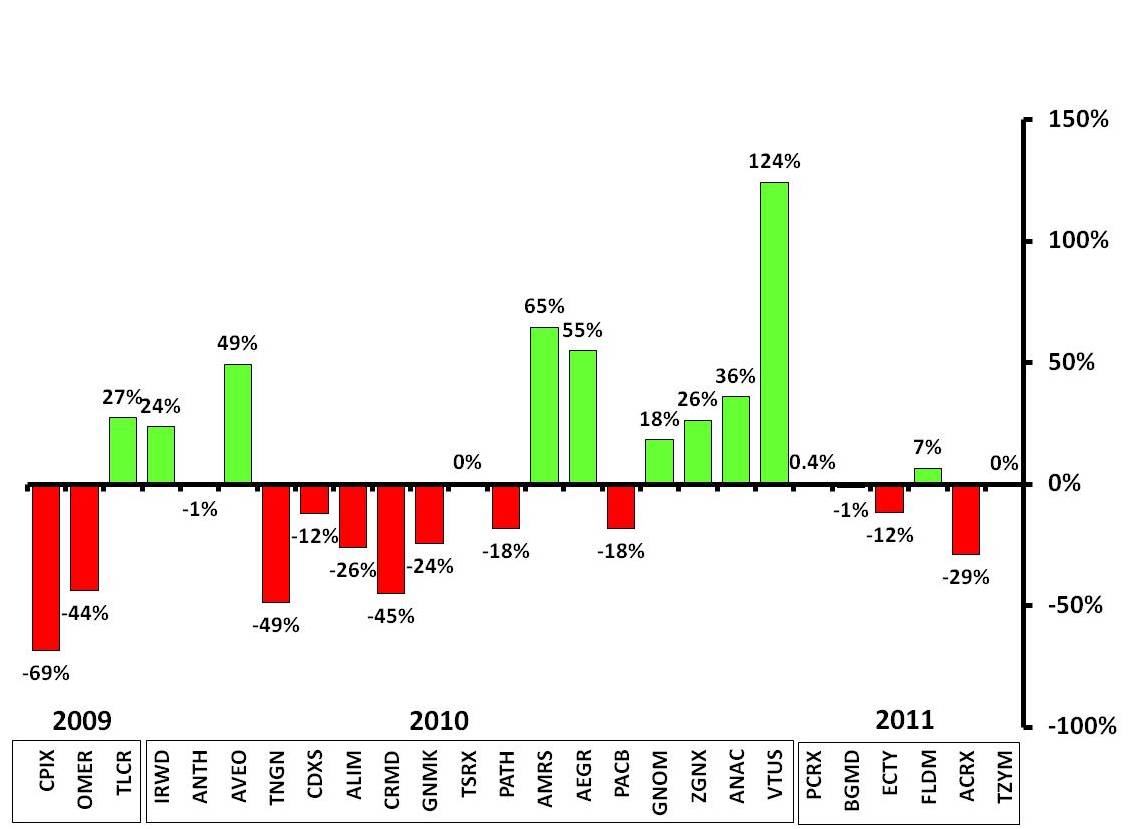 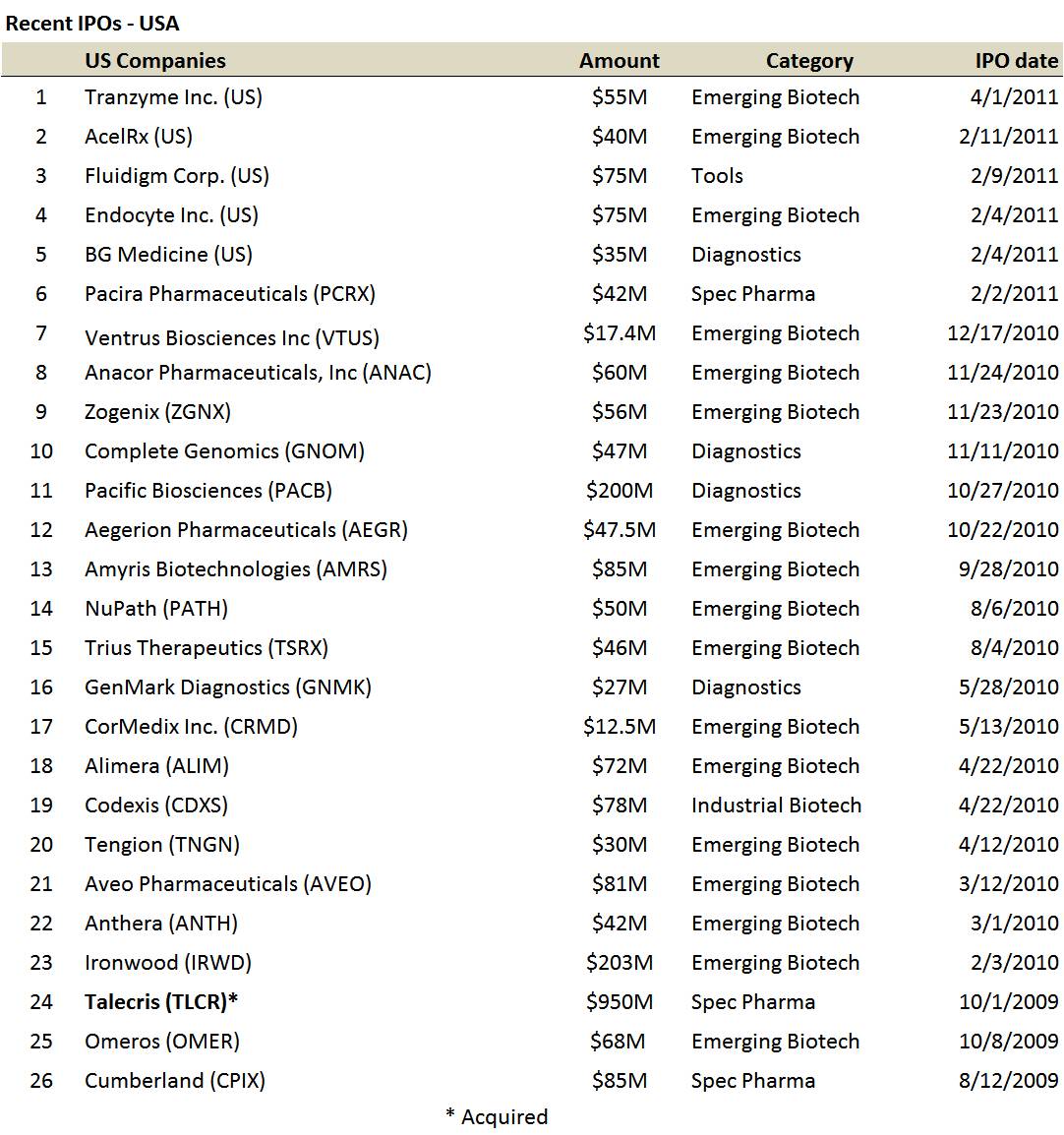 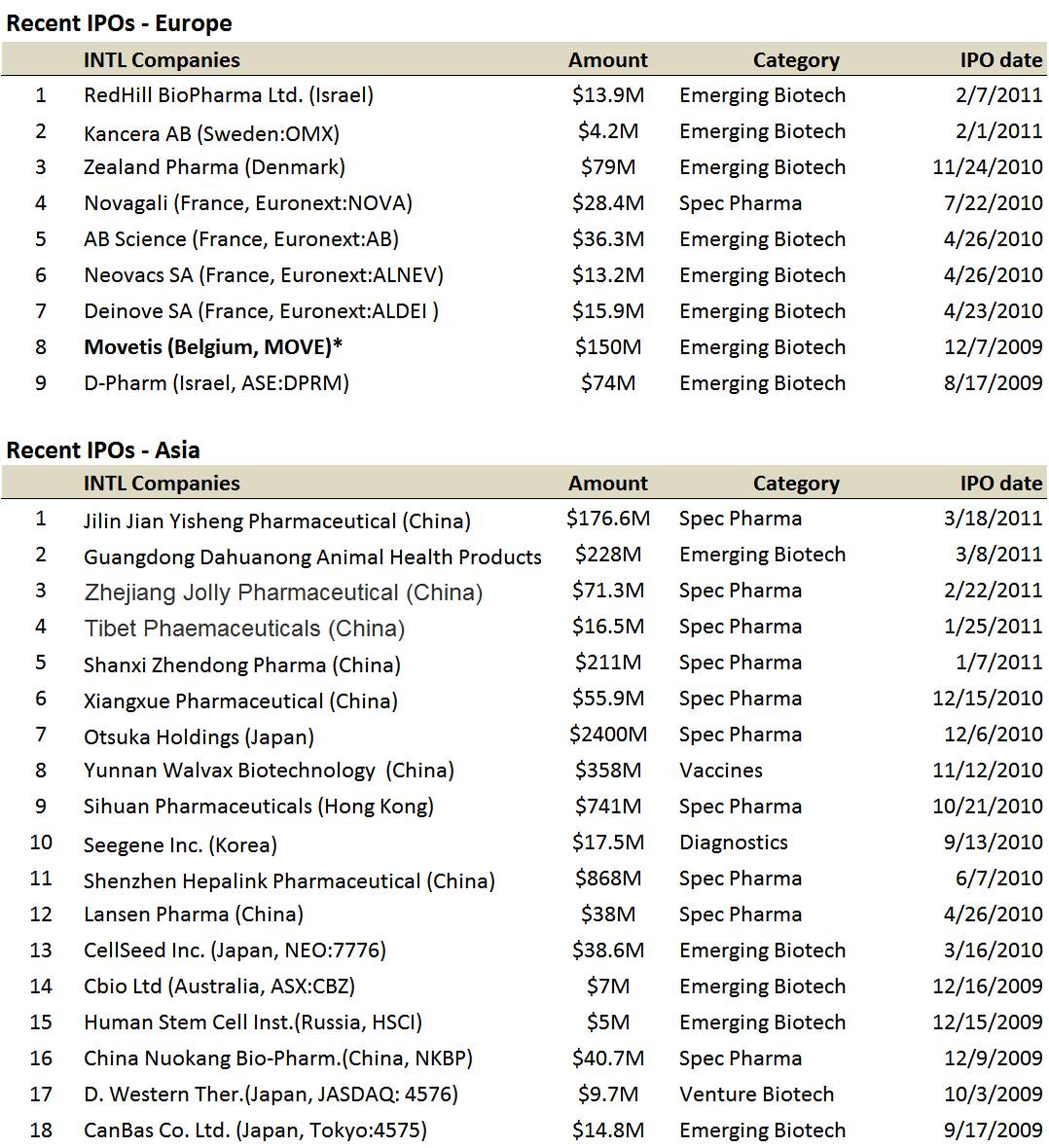 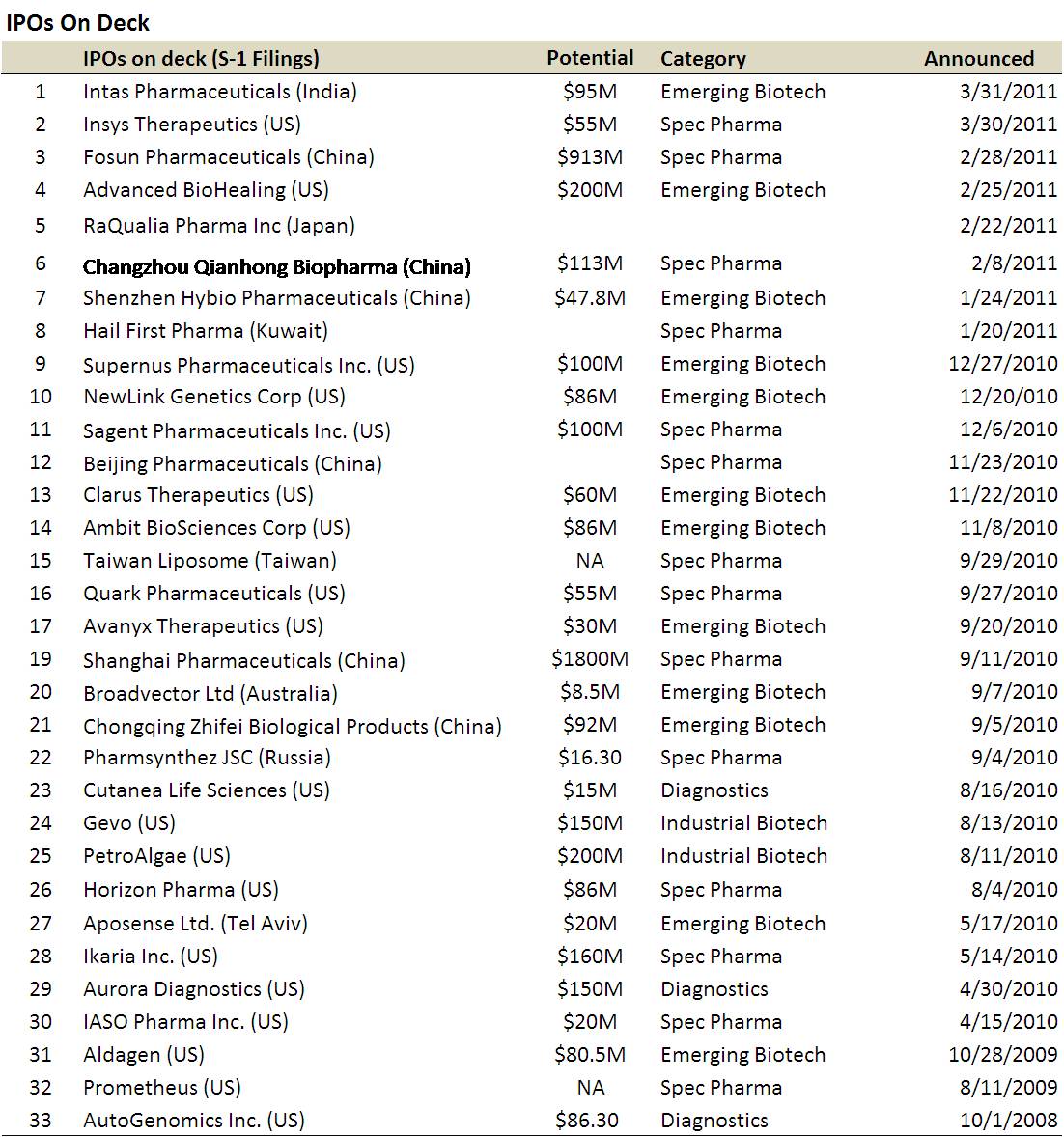