Labeling Foes: Fight if You Want, But We’ve Got to Feed the World

November 8, 2012
There were still millions of votes left to be counted in California when advocates for biotech labeling admitted defeat, but vowed to rise from the ashes and take their fight to the national level. Twenty-four hours had barely gone by when the New York Times, LA Times, San Francisco Chronicle and Sacramento Bee – among others – were reporting that biotech opponents still wanted to fight. 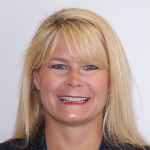 The Yes on 37 campaign accused our side of using “dirty money and dirty practices” to win the “skirmish”, and Consumers Union said the ill-written Prop 37 “was defeated by a wildly deceptive smear campaign.” Days before the election, the Yes on 37 folks went so far as to erroneously report that the U.S. Department of Justice was launching a criminal investigation of the No on 37 campaign.

From where I sit, the No on 37 coalition of family farmers, doctors, scientists, researchers, Nobel Prize winners, retailers, food companies, business groups, taxpayer groups and community groups did nothing but work tirelessly to inform and educate. Are transparency and facts the tools of dirty money, dirty practices and a smear campaign?  Maybe dirty is in the eye of the beholder.

On the surface, “consumer right to know” sounds like a worthy goal. Who doesn’t want consumers to KNOW? To have access to facts about the food they buy and eat and serve their families? And we want consumers to WANT to know!

But where the labeling efforts of anti-biotech activists fall short, is that consumers can’t make solid decisions based on rhetoric and fear. Furthermore, how does labeling a food “developed with genetic engineering” provide any valuable information?

Food labels are required to be truthful and not misleading, and no label is required if the food isn’t materially different from its traditional counterpart in nutritional or safety attributes. Still, the issue of food labeling is pretty complicated, and the issue of “consumer right to know” – on the surface – seems pretty simple.

So I can see how the food and ag industry had a tough row to hoe (so to speak).  And what the No on 37 campaign team did on the ground in California is nothing short of miraculous.

But one year and millions of dollars later, what has been accomplished? People are still hungry and malnourished. Farmers still need the tools of modern technology to better grow the food and fuel needed for a growing world.

The United States is losing ground in the technology arena because of food politics and logjams in the regulatory system, while countries like Brazil, Argentina and China are poised to be the world’s new breadbaskets and rice bowls.

Labeling advocates can continue their fight if they want. They can take their fight to Oregon or Washington state or to the FDA. But the biotech industry and growers and food companies will continue to do what we do best:  use science and innovation to better provide for the nine billion people in the world.
More on This Topic