May 23, 2018
As biotechnology continues to strengthen globally, few countries have the potential to influence the way we feed, fuel, and heal humanity more than Brazil. With the most biologically diverse landscape in the world, Brazil serves as a rich hub that can be leveraged across the human health, animal health, agricultural, industrial and environmental sectors.

From a One Health perspective, Brazil is in an ideal position to serve as a leader in this initiative. The One Health concept recognizes the inextricable link between animals, humans, and the environment. Historically, the fields of public health, ecology, and veterinary medicine have existed within their own silos. While this has been traditionally advantageous for furthering innovation, these silos have perpetuated a divided research framework that inhibits potential progress.

Brazil’s rich biodiversity is key to the concept of One Health as many environmental and human health challenges can be linked back to the ways humans engage with and utilize the environment. Further, the fact that Brazil is a current leader in agribusiness and biofuel production is an important factor in the context of the initiative. As the country continues to develop its platform within the One Health narrative through programs that address sustainable biomass management and biofuel production, there is great potential for Brazil to positively affect not only its domestic economy, but also the global community more than people may realize.

With a strong scientific community as Brazil’s base, many challenges still exist within the country that can be addressed via biotechnology. An increase in demand for sustainably-produced food and products, a growing aging population, an abundance of natural resources, and a need to address healthcare challenges are among the many hurdles that can be mitigated via an emboldened biotechnology sector.

Over the past decade, support for the life sciences industry has increased significantly.  Since then, Brazil has committed over USD 4 billion of public funds to support biotechnology R&D over the past decade.

But it’s not just government support that has strengthened the industry. Brazil’s strong academic sector that supports biotech innovation has propelled its industrial and environmental sectors ahead of its regional counterparts. Since before the 1970s, Brazil has trained young scientists in the fields of molecular biology and plant genetic engineering with aims to promote plant breeding efforts. Over the past quarter century, costs for farming practices were reduced and high-tech seeds developed laying the groundwork for Brazil’s significant engagement in the genetically modified (GM) seed industry. In 2016, a total area of 49 hectares of genetically engineered crops were planted, making Brazil the second largest genetically-engineered crop producer in the world. And this number is only increasing year after year…

The entrepreneurial spirit in Brazil also plays an important role in the narrative of Brazilian biotech. According to the World Bank, Latin America is the second most entrepreneurial region in the world. Brazil is home to nearly 300 biotech startups. BRBIOTEC cites 85% of biotech companies in Brazil are small enterprises, typically operating within science parks and various biotech business incubators in Southwestern Brazil.  Currently, Brazil’s biotech industry distribution by sector is as follows:

These various stakeholders all play a role in promoting Brazil’s goal of strengthening the already established biotech sector through sustainable means. Turning towards the future, in addition to supporting initiatives surrounding the concept of One Health, the country has an opportunity to support the efforts of the United Nations (UN) Sustainable Development Goals. 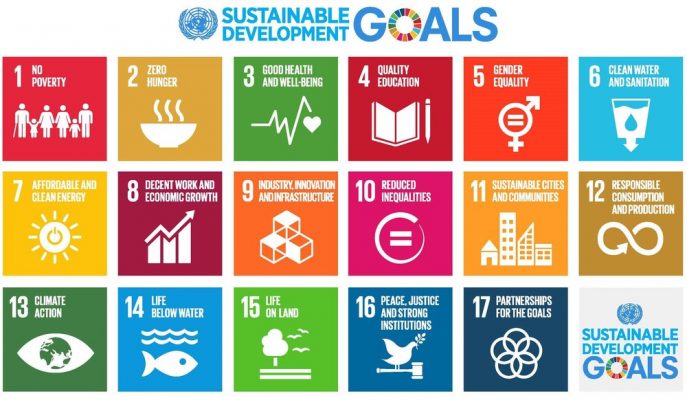 The breadth of Brazil’s biotech sector makes the country equipped to make these goals a reality. While these goals do not mention biotechnology specifically, biotechnology does serve as a key component to achieving many of the objectives. Ultimately the innovations in agriculture, health, and industrial/environmental biotechnology build the foundation for healthy individuals, animals, and plants so they can live productive lives. The promotion of policies that support innovation and trade will be key to promoting these initiatives. This is where the cooperation between private, public and NGO sectors throughout the globe, specifically Brazil, will be key.

But what are the ways Brazilian biotech has and can continue to contribute to achieving these goals?

Biotech- specifically the role of agricultural biotech- has great potential to address the goals of ending poverty, addressing hunger, supporting climate action, and developing decent work and economic growth for the global community. Brazil’s GM crops has and will continue to see tremendous economic benefits that ultimately address poverty, hunger, and economic growth. Since 1998, Brazil has approved 70 biotech traits and ISAAA cities have documented economic benefits to farmers planting biotech crops between 2003 and 2015 at USD 16.4 billion. Overall, between 1996-2015, biotech crops have contributed to the alleviation of poverty and hunger at an economic value of USD 167.8 billion.

In 2016, Brazil planted GM soybean, maize, and cotton, representing almost 27% of the worlds biotech crop area. New products awaiting commercialization include eucalyptus and viral resistant beans. GM crops increase agricultural production by minimizing crop loss and optimizing their yields. The biotech crops Brazil contributes reduces the number of greenhouse gases and helps mitigate climate change by permanent savings in carbon dioxide emissions. As GM crops can use less land and require less deforestation, they could mitigate as much as 1/8 of the annual emissions from automobiles.  In this way, Brazil is helping to feed and fuel the world.

But what about heal? Brazil is home to the largest healthcare market in Latin America, with the largest universal healthcare system in the region. Brazil has come a long way in its development of the biopharmaceutical space, but there is expanded opportunity for Brazil to grow as a true innovator. Recent partnerships between international pharma companies and smaller Brazilian companies have helped to drive success in the country’s healthcare industry. However, Brazil's pharmaceutical space has been historically reliant on global imports. With recent government initiatives such as the Greater Brazil Plan and recent accelerator programs launched within the country, the hope is to see more domestic production and innovation soon. As the country continues to strengthen its biotech policies and supports strong intellectual property policy that protects innovation, Brazil can be a major player in healing the world.

For Brazil, there is seemingly endless potential to the role the country can play in advancing One Health objectives and towards , but also the UN Sustainable Development Goals. While there are endless methods to achieve these goals, one thing is clear: collaboration, partnerships, and education are required to bring these goals to fruition.

Explore more and decide for yourself how Brazil and members of the global community are utilizing their research to advance the UN Sustainable Development Goals and make our world healthier. Register and learn more about ways Brazil is making its global biotech mark.
More on This Topic