January 26, 2010
The percentage of public biotech companies that still operate with less than a year of cash is at 38% (see chart).  Given that we already lost a number of companies in 2009 due to lack of cash to fund research, this is a high percentage for the remaining companies.

This is even more interesting when you consider that 2009 was a big year for Follow-On Offerings (FOPOs) and Private Investments in Public Equity (PIPEs). The total amount raised from FOPOs was actually up 3x in 2009 vs. 2008 to $6B, according to Biocentury.

So why are 38% of the 295 public biotechs still running on low cash? Most of the large deals in 2009 that drove the high dilutive financing boom were focused on select companies with recent positive clinical data or late stage assets. By my calculations, almost 25% of the $6B Follow-On Offerings can be attributed to HGSI and Dendreon alone, companies with recent positive P3 data. The high percentage may suggest that the total amount raised is high, but the breadth is shallow, with many early stage companies missing the boat. 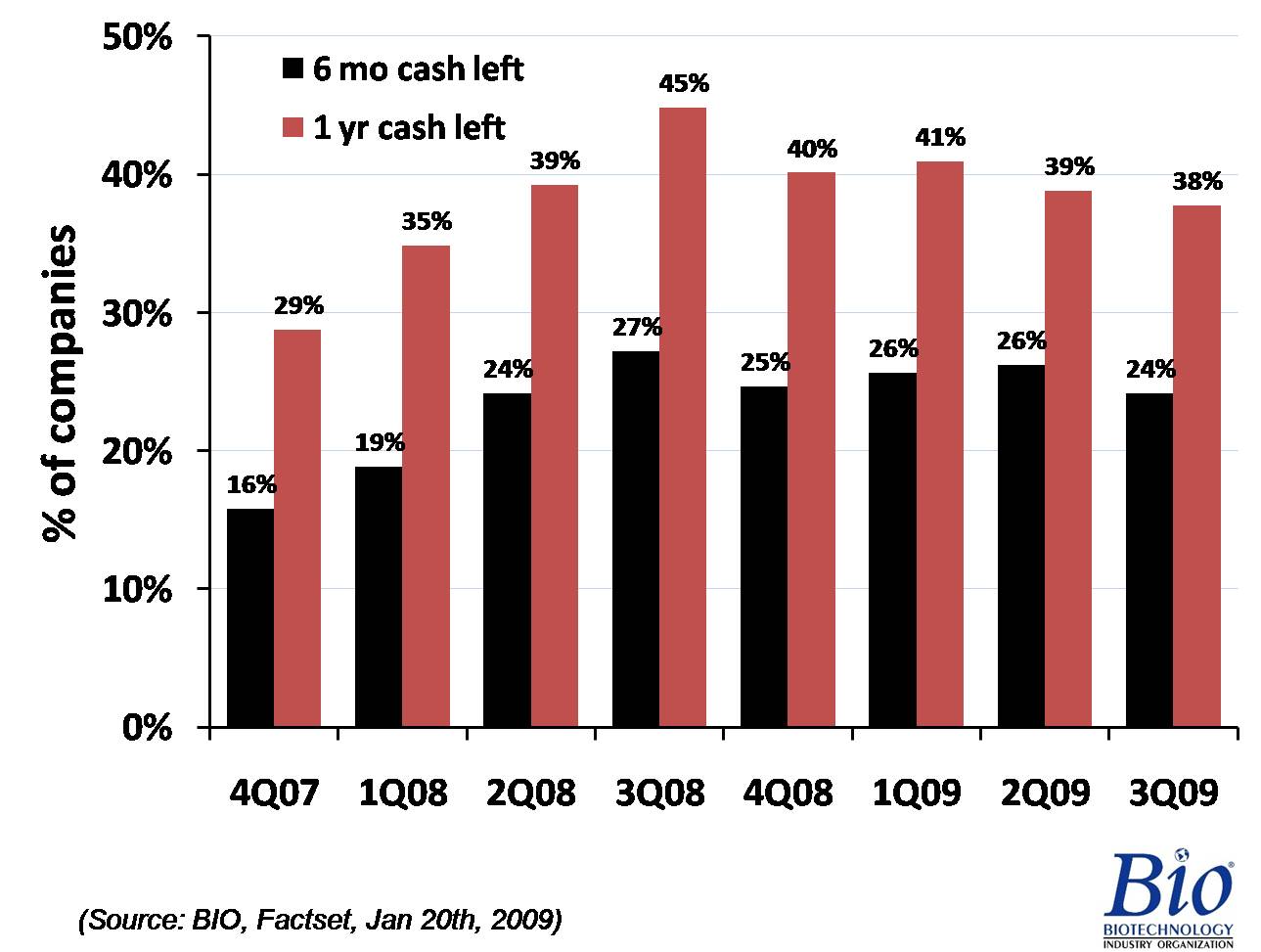