August 31, 2011
A few weeks ago Sheri Stickley, President of the Oklahoma Bioscience Association guest blogged about her experience at the 2011 BIO International Convention. As I have mentioned before, this year's event drew more than 100 public officials and 11 U.S. Governors. 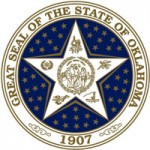 We were particularly honored to have several Governors attend our event for the first time. Among them was Oklahoma Governor Mary Fallin. Like many other public officials, she traveled to the convention to publicize and promote what her state has to offer to industry in terms of economic development opportunities.

Governor Fallin's staff sent in the following dispatch, which summarizes her thoughts following her return from  her first (and hopefully not last) BIO International Convention:


Recently, I had the honor of representing Oklahoma at the world's premier bioscience convention. The event showcased over 1,700 companies and associations, including the Oklahoma Bioscience Association. I attended the convention because the bioscience industry is a key player in moving Oklahoma's economy forward and creating high-quality jobs.

At the BIO International Convention in Washington, D.C., I met bioscience professionals from numerous states and countries and discussed with them Oklahoma's commitment to recruiting and developing a robust state bioscience industry. I shared with them that bioscience has already become a major economic driver in Oklahoma, generating a $6.7 billion impact on Oklahoma's economy and supporting more than 50,000 jobs. I told them about Oklahoma's strengths in plant genomics, autoimmune disease, cardiovascular research, infectious disease microbiology, and vision research. And I described our outstanding support infrastructure, including first-rate, affordable research facilities, state research funding through EDGE and OCAST, and technology start-up assistance through i2E.

I had the opportunity to address attendees at Oklahoma's state reception one evening, then toured the convention and greeted visitors the following day. I also met with Jim Greenwood, CEO of BIO, the world's largest biotechnology organization, to discuss the importance of the life science industry to our state and our nation, and our efforts to bring more knowledge-based jobs to Oklahoma.

The BIO International Convention encourages people to discover the biosciences industry. Our 70-member delegation helped people from all over the world discover the vibrant bioscience industry in Oklahoma! 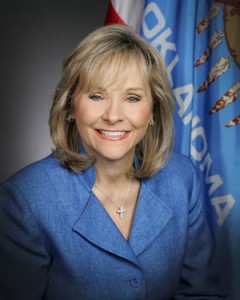