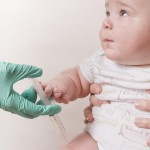 Routine immunization of one birth cohort (i.e. people born in a particular year) during childhood prevents about 20 million cases of disease and 42,000 deaths in the U.S. These statistics are staggering, especially when we consider how far vaccinology and preventive medicine have come in such a short time period. Today, vaccines help protect children against 14 diseases before the age of two. Many diseases that parents once feared have been long forgotten. In the 1950s, nearly every child in the U.S. contracted measles. In 2011, 222 measles cases were reported in the U.S according to a report published last week by the Centers for Disease Control and Prevention (CDC), and this was the highest number of reported measles cases in the U.S. in 15 years.

New vaccines continue to be developed by private companies, both large and small, and by non-profit product development organizations. In 2006, vaccines against rotavirus, a leading cause of severe diarrhea in infants and young children in the U.S., were introduced. A study published by the CDC in the New England Journal of Medicine last September estimated that rotavirus vaccination prevented approximately 65,000 hospitalizations of children under age 5 from 2007 to 2009 and resulted in $278 million in healthcare cost savings. Innovative vaccines against diseases such as tuberculosis, meningococcal B disease, and respiratory syncytial virus (RSV) are currently in development and could significantly improve the health of children if added to the CDC's childhood immunization schedule.

With these statistics, it may seem hard to deny the benefits of immunization. Yet, vaccines are sometimes the victims of their own success. They are so effective that parents are unable to remember the illness and associated disability and death that a vaccine prevents. To remind the American public about the positive impact of vaccination on the lives of infants and children, National Infant Immunization Week was launched in 1994. To learn more about this annual initiative led by the CDC, Dan McGirt, Director of Communications at BIO, spoke with Dr. Yabo Beysolow, a Medical Officer at CDC as well as a pediatrician and mother of three children. The podcast is available here.

In recognition of National Infant Immunization Week, Dr. Yabo Beysolow, Medical Officer at the CDC, talks about the benefits of immunization for children under the age of two and the achievements of immunization programs in promoting healthy communities throughout the U.S.
More on This Topic