One Vision for Rare Diseases

My son, Jonah, was diagnosed with Sanfilippo Syndrome type C in May of 2010.  He was 22 months old, the youngest child to have ever been diagnosed asymptomatic without having an older sibling diagnosed first.  A change of pediatricians at his first year well-visit brought us to a new pediatrician who commented that Jonah’s head circumference was off the charts even though he had met all of his developmental milestones. He referred us to a neurologist for an MRI.  The neurologist saw beyond this and took note of a couple very minor clues associated with genetic irregularities.

Sanfilippo Syndrome is one of the six mucopolysaccharidosis (MPS), a group of rare diseases involving a genetic error of metabolism.  The lab technicians at NYU knew exactly what they were looking at when they saw Jonah’s skull deformity. Jonah had an MPS; six weeks later we were given the results of his genetic testing,  Sanfilippo Syndrome type C, also known as MPS IIIC.  At the moment of diagnosis you feel powerless.

Our geneticists said one thing to us that day that gave us the power and motivated us to fight Jonah’s fate.  I asked her if this was a death sentence. She paused for a very long time, while she thought about her answer. She said, “It doesn’t have to be, there are treatments today that people never dreamed possible just five years ago.”

Entering the World of Rare Diseases 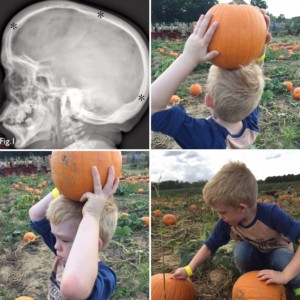 There are over 7,000 rare diseases, 50 percent of which affect children.  How could I have not known about this? How can the rest of the world not know about this? These ultra-rare diseases can be one in a million; you literally need to live in a major metropolitan area to stand a chance of knowing someone with these diseases.

I formed a foundation called Jonah’s Just Begun (JJB). I got involved with organizations like the EveryLife Foundation, Genetic Alliance, and Global Genes.  I started attending scientific research conferences.  The world of rare diseases started to open up before me.  These horrific diseases bestowed upon babies and little kids are unimaginable to the majority of those with healthy children.

Once in contact with other families living this nightmare, I realized why I didn’t know about these insidious diseases.  These parents are shattered, they don’t leave their homes, and their babies need 24 hour care.  The health system and society in general is not set up to help them.  Parents have to quit their jobs to stay at home and care for them.  Money is tight and every day is a struggle for survival. These parents and families become alienated from friends and family. Their doctors tell them, “I’m sorry, the best thing to do now is take your child home and make them comfortable.”

Because the vast majority of these rare disease are genetic, parents may have multiple children suffering from the disease. I know several families now that are living this nightmare.

In the U.S., we consider a rare disease as having a patient population of 200,000 or less. I can only account for 20 patients with MPS IIIC in the US. The irony with many of these diseases is their utter simplicity. Sanfilippo Syndrome is caused by a single gene mutation in a single enzyme.. I co-founded a company called Phoenix Nest so we can bring treatments to market through collaboration with the best scientists in the world. Our scientists know how to fix Sanfilippo.  A consortia has even been formed – Helping Advance Neurodegenerative Disease Science (HANDS) – which funds the science in pursuit of finding a treatment for our kids and for the next generation of kids.

This blog is dedicated to Joanna who has Sanfilippo type C.  She was born in Lisbon, Portugal, on February 29, 2004.  For several years, there have been uncoordinated global efforts to raise awareness of rare diseases by having a ‘Rare Disease Day’ at the end of the month of February. What we need is a “World Rare Disease Day” that is truly global and coordinated. For HANDS, this day would be used to raise awareness for all rare diseases.  It would help us to empower others to fight their children’s fate.  We have to unite and make Rare Disease Day bigger and louder.

Editor’s Note: Throughout the week of Rare Disease Day 2016, BIO will be profiling stories of those affected by rare diseases, shedding light on these diseases and the families impacted by them.  America’s Biopharmaceutical companies are working on treatments of these and many other diseases.  For more information visit http://timeisprecious.life.
More on This Topic