Only a Few Public Biotechs are Profitable, but There are More of Them Today

Only 32 (13%) had both a product on the market and positive net income in 2011. However, this 13% represents a significant jump from the 7.5% with positive net income we calculated for 2009. Note that this comes over a time frame in which a few profitable companies were acquired and thus removed from the calculation (such as Genzyme, Cephalon, OSI).

Table 1 lists the 32. Four companies reported over $1 billion in net income. Less than half on this list have net income above $100M, which is only 4.8% of all drug developing biotechs: 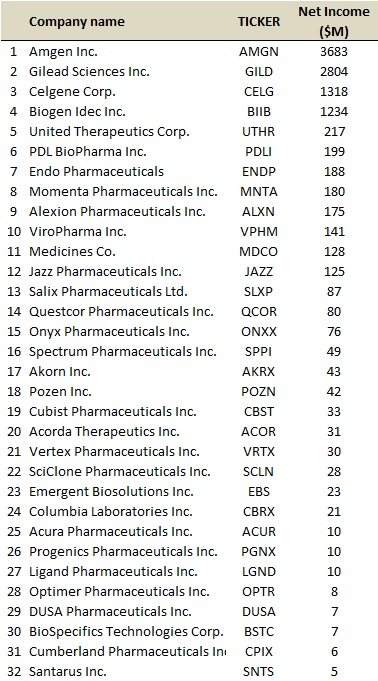