Julie Kelly explains in the Chicago Tribune that organic candy might be a trend, but it might be more of a trick than a treat:

Did you know that eating organic jelly beans is a way of life?  Me neither. But apparently it's a thing.

In a video posted recently on the Jelly Belly website, Linda Rowland Brasher, the company's president and CEO, excitedly discusses its new organic jelly beans: "Organic isn't just a trend anymore, it's a lifestyle, and we want to participate in that lifestyle." The beans are made with natural flavors and colors, free of genetically modified ingredients.

Of course, the organic candy-eating lifestyle comes at a cost. A 2-ounce bag of organic beans costs $3 while the old-fashioned version – good enough for President Ronald Reagan, who famously kept the candy in his office – costs only $2.50 for 3 1/2 ounces. Smug superiority carries a premium. 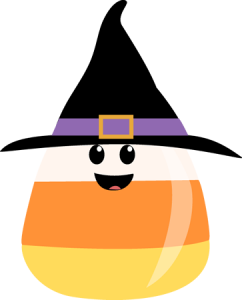 You might see more candy labeled "organic" or "non-GMO" in your little sweetie's Halloween bag this year. As food-makers scramble to put a health halo on sugar – the poison du jour – some are replacing regular sugar with organic and non-GMO versions. But is this a trick by some food companies to make you feel better about  eating their treats?

Let's rip the mask off this marketing gimmick: There's no material difference between GMO sugar, organic sugar or regular cane sugar.  The end result is exactly the same. The label only refers to how the sugar is grown, not whether it's better, healthier or safer for you to eat.

More than half the sugar produced in the U.S. is derived from the sugar beet, a vegetable grown from a genetically modified seed. The reason why sugar beet farmers use these seeds is because the crops are better for their farms.

"Using GM sugar beet seed means that we use less hand labor and tractor passes to remove the weeds," said Suzanne Rutherford, a California sugar beet farmer. "We actually use less herbicide now. Genetically modified seed has put us on a path to sustainability."

By the time the sugar beet is fully processed, there is no genetic material left, and it's indistinguishable from sugar grown organically or from regular sugar cane.

Jelly Belly isn't the only candy-maker to go organic or remove GMO ingredients (other sweeteners include high fructose corn syrup, likely produced from genetically engineered corn). Last year, Hershey's became the first major candy company to announce some iconic brands like its signature Hershey's Milk Chocolate bar and Kisses would be GMO-free: "We understand that non-genetically modified ingredients are important to some of our consumers, therefore we are working with suppliers and manufacturing teams to increase our use of non-GM alternatives." At the time, the company was also under pressure by anti-GMO activists to remove any GMOs from its products.

It's not just candy companies that are replacing GMO sugar and sweeteners.

PepsiCo announced in August a new organic version of Gatorade. Dannon recently raised the ire of several American agricultural groups when it announced it would not only remove GMO ingredients but replace GMO feed (grown here) with non-GMO feed (mostly imported) for cows that produce the milk used in its yogurt products.

Dannon's CEO said in a statement that "our ambition is to produce healthy food that is affordable, creates economic and social value and nurtures natural ecosystems through sustainable agriculture" (maybe this is designed to make you feel better about your child eating cotton-candy-flavored squeezable yogurt).

But American farmers fought back. In a letter to Dannon earlier this month, representatives from the American Farm Bureau, National Corn Growers Association and others accused the company of "fear-based marketing" that amounted to "an attack on the livelihood and integrity of our farmers."

The bottom line is companies that replace GMO ingredients with organic or non-GMO ingredients hurt U.S. farmers and cause a big uptick in imports from places like Mexico and other parts of Latin America.

Last May, the Department of Agriculture announced it will import an additional 200,000 tons of cane sugar to meet manufacturers' demands for non-GMO sugar, in part because of a "lack of consumer information about genetic technology."


This Halloween, don't be scared or tricked into thinking organic or non-GMO candy is any better for you or your children. And get the good stuff out of their bag before they catch you.