Our Farms, Our Food and Our Future Depend on Climate Change Solutions

“We really need to wake up quickly,” Al Gore told The Washington Post in an interview about the looming food crisis caused by climate change. ...“But technology and science has an important role to play,” Gore stated.

Farmers can be part of the climate change solution by cutting greenhouse gas emissions, increasing carbon sequestration and making farms more resilient, according to a Capitol Hill hearing this week.

The House Select Committee on the Climate Crisis discussed “Solving the Climate Crisis: Opportunities in Agriculture” and heard from witnesses who agreed that conservation tillage is a best practice for reducing carbon dioxide emissions – a key contributor to climate change.

Millions of farmers across the United States and around the world are using such practices made possible through biotechnology innovation.

According to the International Service for the Acquisition of Agri-biotech Applications (ISAAA), biotech crops contributed to food security, sustainability and climate change solutions by: 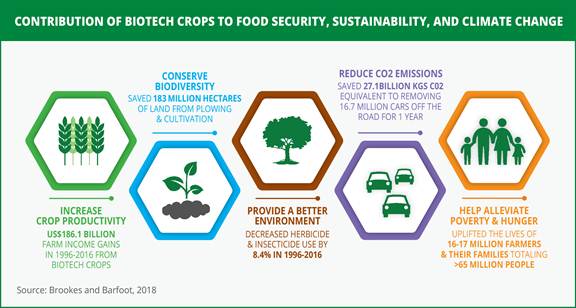 And new innovations such as gene editing are contributing in other ways such as helping farmers grow food using less water, soil, fertilizer and pesticides and making climate-resilient plants and disease-resistant animals a reality.

Big Food is on board too. Companies like General Mills, Danone, Kellogg, and Nestlé, among others, are embracing corporate sustainability practices as a priority. 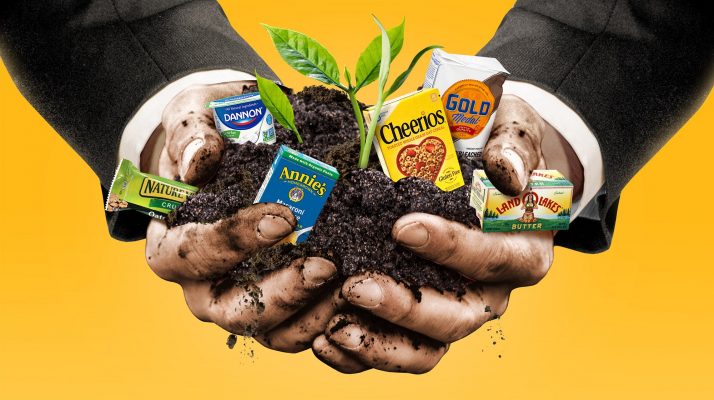 “Most people don’t realize that agriculture is so tech-forward,” says Ford.

The Intergovernmental Panel on Climate Change (IPCC), the United Nations body for assessing the science related to climate change, released a report in August concluding that the climate change situation is dire, but better land management and reducing greenhouse gas emissions can help.

“We call on Congress to seize the opportunity to make agriculture a key partner in fighting climate change,” Jennifer Moore-Kucera, climate initiative director at American Farmland Trust, told the House Select Committee on the Climate Crisis during the October 30 hearing. Moore-Kucera, as well as other hearing witnesses, testified that lawmakers could engage the agriculture community through either stand-alone legislation in Farm Bill programs.

While science and technology offer solutions for climate change, innovation can’t thrive in a vacuum. We need sound public policies that support and encourage research, development and investment. As Beth Ford told 60 Minutes, “Policy must also be a catalyst for innovation.”