September 8, 2016
Before innovative therapies can start helping patients, successful matches between investors and entrepreneurs seeking to develop new medicines must occur. Without access to capital, potentially lifesaving drugs will exist only as ideas. Every fall investors looking for good prospects in the biotech sector gather at the BIO Investor Forum in San Francisco—the birthplace of biotechnology and home to over 1,600 life sciences companies. Many of these companies and others from around the country come to meet with these investors in order to access capital and form strategic alliances that will help bring their innovative products to the market. BIO One-on-One™ Partnering™ allows attendees to identify potential partners and schedule meetings prior to the conference.

This year promises a busy and productive two days with partnering activity pacing ahead of prior years. Since 2013 the number of partnering meetings has nearly doubled. Last year a total of 1,720 partnering meetings occurred during the conference—a number that reflects this meeting’s importance for both investors and companies alike.

Venture capital (VC), initial public offerings (IPOs) and follow-on public offerings (FOPOs) are the lifeblood of emerging companies working on innovative therapies. The BIO Investor Forum is the perfect event for emerging private and public companies to connect with prospective investors to make the deals that drive the biotech industry.

What investment trends will likely influence the meetings this year? According to a BIO industry analysis, VC investments in biotechnology peaked during 2015 which was the best year on record with just under $7 billion invested. The private investment climate remains strong for 2016 according to a Pricewaterhouse Coopers National Venture Capital Association report.

As seen in the chart below, a trend worth noting is a shift toward VC funding of treatments for rare diseases. The BIO study looked at funding over the last two five year periods (2010-2014 vs. 2011-2015) and found that the percentage change in funding for some high prevalence diseases was negative while areas like metabolic and rare diseases, oncology, and platform technologies, saw increases in VC funding. 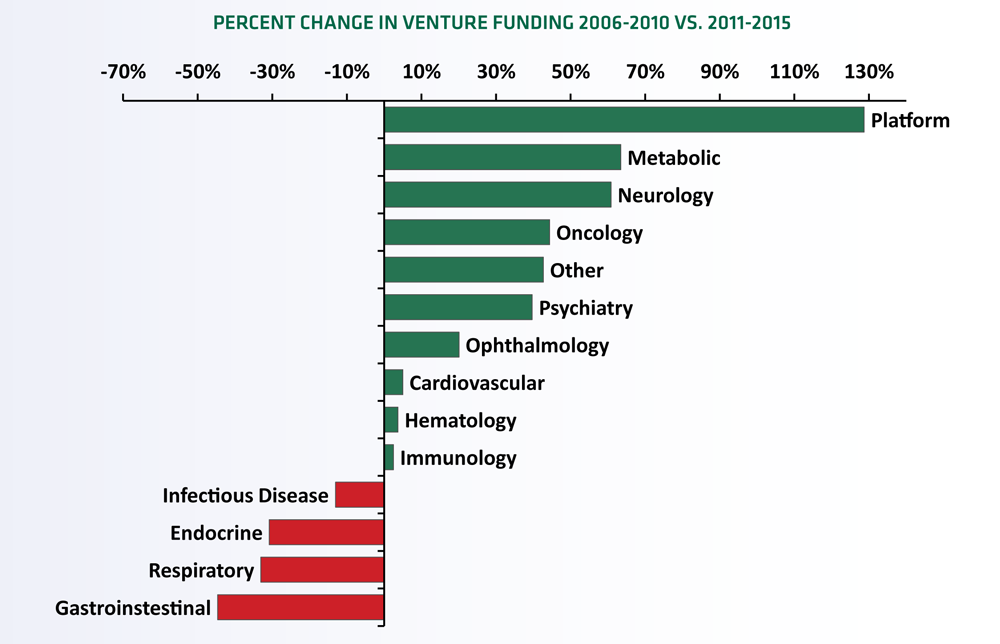 Overall, cancer treatments remain at the top of the list, consistently capturing nearly 30% of all VC funding over the last 10 years. In 2015, over $2 billion was invested in oncology companies. That doesn’t mean other diseases are not getting attention. Over the last decade, endocrine and neurology treatments have experienced a much higher percentage of improvement R&D investment than most other disease areas. 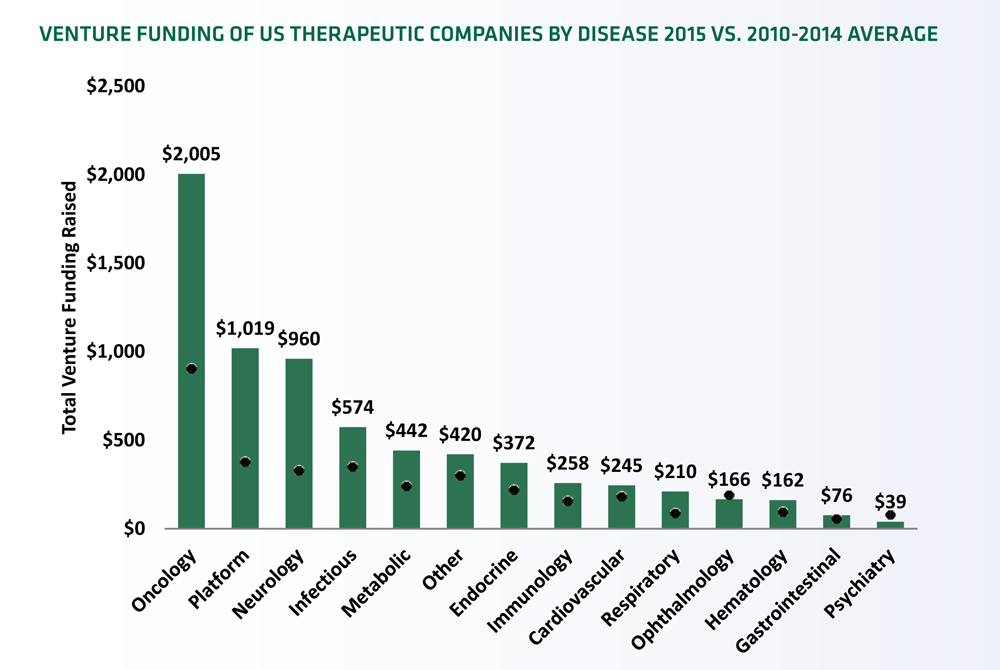 On the IPO side of funding, biotech companies are still enjoying a healthy marketplace although a repeat of 2014 and 2015, which saw a total of 81 and 53 IPOs respectively, is unlikely. 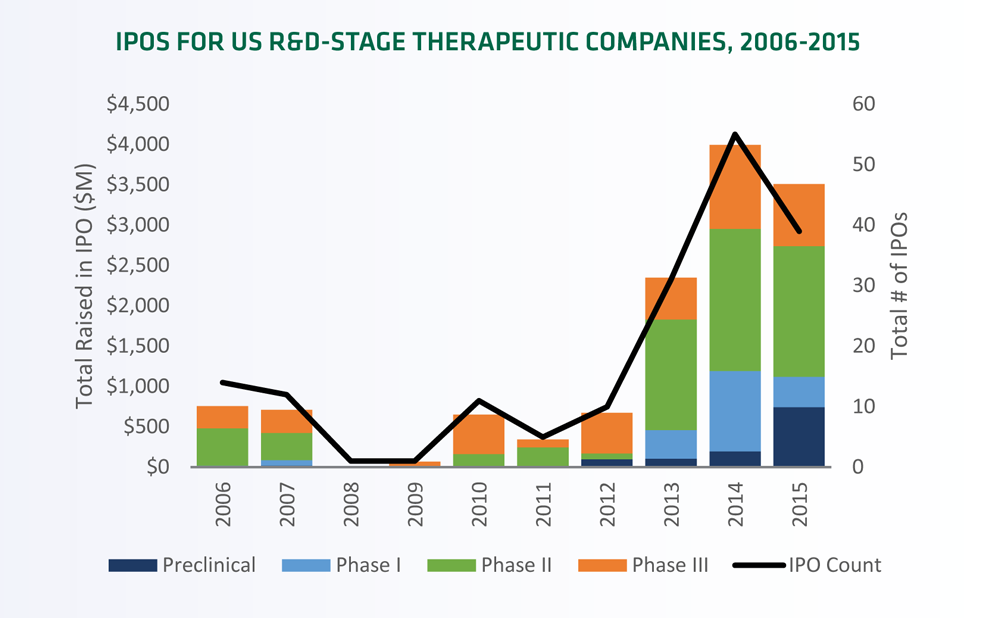 So far in 2016 there have been 23 U.S. biotech IPOs. Recent IPO companies attending this year’s forum include:

The 2016 BIO Investor Conference will be held Oct 18-19 at the Westin St. Francis Hotel in San Francisco. As in prior years, the forum will include plenary sessions, business roundtables, therapeutic workshops and fireside chats featuring respected industry veterans discussing the latest trends in biotech.

Visit us to learn more about the BIO Investor Forum, including registration, programming, company presentations and partnering information.