June 30, 2017
Patients with a difficult or rare disease are no strangers to adversity. There is the long race to discover a cure or therapy, followed by the highs and lows of the rigorous testing process required to demonstrate that it’s safe and effective.

Patients know better than most that roughly 90 percent of drug development programs fail, and they know the ones that succeed can offer real hope for a better future. Unfortunately, for some patients, once a new drug has been discovered and brought to market a new battle begins with their insurance company.

Last year, young boys afflicted with Duchenne muscular dystrophy captured the country’s attention as they and their parents urged the U.S. Food and Drug Administration (FDA) to approve a first-of-its-kind treatment for the rare disease. In what the Wall Street Journal described as a "miracle," the FDA approved the drug, known as eteplirsen, last September.

But this miracle has been followed by “rage” and “sadness” as families struggle with insurance providers that do not want to cover the new drug. A story in the New York Times shares the personal story of Nolan and Jack Willis:


“The boys’ insurer, Excellus BlueCross BlueShield, refused to cover the cost of the drug because the twins, who are 15, can no longer walk. … “‘I’m cycling between rage and just sadness,’ their mother, Alison Willis Hoke, said recently, on the day she learned that an appeal for coverage had been denied. For now, the company that sells the drug, Sarepta Therapeutics, is covering the treatment’s costs, but Mrs. Hoke does not know how long that will last.”

Unfortunately, this kind of strain and uncertainty is not uncommon.

Two years after the FDA approved a new drug to help individuals control extremely high cholesterol levels when other treatments fail, patients like Carlyn Cirrincione are still waiting for their insurance provider to cover the medication. Meanwhile, a Florida woman is trying desperately to convince her insurance carrier to cover a new drug that has shown to prevent a recurrence of ovarian cancer.

These aren’t the only stories, and others may be on the way. Last week, biotech leaders discussed the need for all stakeholders to come together around commonsense solutions that provide patients access to more affordable prescription drugs. Ron Cohen, MD, President and CEO of Acorda Therapeutics, remarked:


“The lesson is we all have accountability and responsibility. It is up to us to be reaching out to the senior levels of our organizations and trying to get change to happen in a constructive way.”

Insurance companies need to accept responsibility too.
More on This Topic 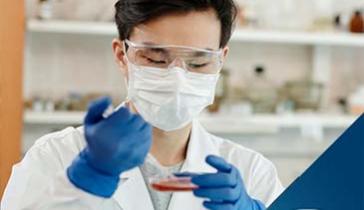