Five years ago today, the Protecting Americans from Tax Hikes (PATH) Act was signed into law. This important piece of legislation included several provisions helpful to start ups like small biotechs, including permanently extending both the R&D Credit and the Small Business Stock Gains Exclusion (Tax Code Section 1202), providing both investors and the companies they invest in security without worry of losing access to the critical incentive in the future.

Equally important, the PATH ACT also established a Payroll R&D Credit, which for the first time allowed pre-revenue innovators to take a portion of their R&D credit against their payroll tax obligation. This provision is particularly important to high-tech companies who invest heavily in R&D but do not yet have a product on the market.  In the biotech industry, the regulatory approval process can take 10 years or more to bring a product to market.  During that time, small biotechs spend innumerable dollars on research and development.

Because these small innovators do not have an income tax liability, they are unable to take advantage of governmental R&D incentives such as the federal R&D credit to mitigate their costs. The payroll R&D credit served as a recognition from Congress that income tax credits provide no immediate benefit to pre-revenue companies.

Allowing these companies to offset payroll taxes with the R&D credit helps even the smallest biotechs unlock the federal R&D incentives intended to encourage ever-greater investment in U.S. research and development.  The Payroll R&D Credit acknowledged that U.S. R&D policy should support all innovators, large and small.

As we reflect on this achievement five years later, there is more work to be done to ensure the incentive goes far enough in truly supporting small pre-revenue innovators as policymakers intended.

Under current law, companies in their first five years of operation with less than $5 million in annual gross receipts can utilize up to $250,000 in R&D credits annually under the PATH Act reforms. To be eligible for the credit, companies must meet certain qualifications, including

Unfortunately, these size restrictions leave many start-ups unable to access the benefits of the payroll R&D credit. A typical biotech start-up will still be quite early in the development process when the five-year and $5 million gross receipts limits kick in to deny them the benefit from the payroll R&D credit (even incidental amounts of bank interest or other small payments qualifying as gross receipts start the clock running). In fact, at five years, these companies may be at a critical point in the development process with as many as 25 employees and upwards of $40 Million on payroll and R&D costs each year, but are still far from realizing revenue from a product on the market.  Other companies may still be denied the credit as a result of one-time up-front payments and milestone payments under “collaboration agreements” even though they do not have ongoing revenue stream from a product on the market.

The problem is uniquely compounded for these small companies, because, despite being excluded from the payroll R&D credit, they remain pre-revenue and thus the traditional R&D credit is of limited current utility.

Congress has taken notice of the shortcomings of the Payroll R&D Credit.

The legislation expands access to the credit to companies with up to $20 million in gross receipts over a span of 8 years and increases the amount of the credit to $1 million. In addition, a new de minimis threshold delays the start of the 8-year window until gross receipts exceed $25,000.

This legislation would significantly improve the ability of growing biotechs to take advantage of the payroll R&D credit.  We look forward to working with champions in the new Congress to strengthen the bill for small biotechs.

In addition, Senators Maggie Hassan (D-NH) and Thom Tillis (R-NC) have sponsored the Research and Development Tax Credit Act (S. 2207) which would increase the amount of the credit, extend the incentive to more small businesses, and expand how the credit is claimed against payroll taxes.  A companion bill (H.R. 5520) was introduced in the House by Reps. Joe Neguse (D-CO) and James Baird (R-IN).

This proposed legislation would double the amount of the credit to $500,000 and double the allowable gross receipts limits to $10 million. While it does not go as far as the FORWARD Act, it still represents a good step forward.

BIO will continue our advocacy efforts toward building on the payroll R&D credit.  To support BIO’s advocacy to strengthen the Payroll R&D credit, BIO has developed a survey to assess the utilization of the credit by high-tech companies. The survey is set to launch in the first few weeks of the New Year. To be notified about the survey when it goes live, please click here. 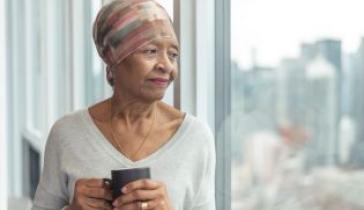 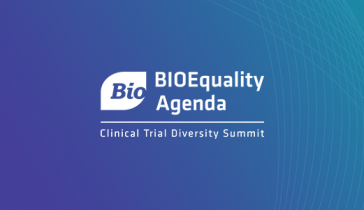 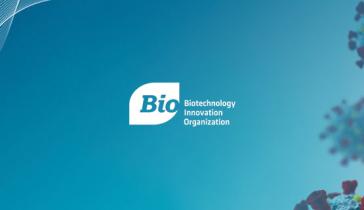