Piping in the Tar Sands

August 25, 2009
Previously on this blog, I posed this question: Ethanol or Tar Sands? With Canada as the largest supplier of petroleum to America, it was a simple question: do we want to get the additional transportation fuel we need from domestic, renewable sources or from clearing Canadian forests?

Well, we got an answer of sorts late last week when the U.S. State Department issued a permit to Enbridge Energy Corp. to build a 326-mile pipeline from Canadian tar sands fields to refineries in the United States. According to the UPI: The Alberta Clipper pipeline -- which will run through Minnesota and the northeast corner of North Dakota from Superior, Wis., to Hardisty, Alberta -- will carry up to 450,000 barrels of crude oil a day. Ironically, the pipeline will cut right through the middle of the State of Minnesota, which is often considered the birthplace of ethanol.

According to a story in the Chicago Tribune last year, refining Canadian tar sands will cause global-warming pollution from Midwest oil refineries to soar by as much as 40 percent during the next decade. But, as this blog has pointed out before, CARB and EPA are not taking these increased emissions into account in their life-cycle analysis of oil. While they have tried to guess the emissions of biofuels 100 years from now, they are relying on data several years old - before we were piping in much oil from the Tar Sands - to calculate the emissions from petroleum.

And while the State Department is giving the green light to the Canadian Tar Sands, another government agency is holding up the increased use of domestic biofuels. Despite having overwhelming data to support it, the Environmental Protection Agency (EPA) has not yet approved the use of up to 15 percent ethanol in existing autos. The ethanol industry is currently capped at ten percent of the domestic fuel supply and largely because of that more than 1.5 billion gallons of production capacity is sitting idle. And, as the CEO of POET said recently, the future of cellulosic ethanol depends on the increased market access that would come with E15.

To recap: the State Department approves a pipeline for Canadian Tar Sands while the EPA holds up increased ethanol use. Ethanol or Tar Sands? You tell me. 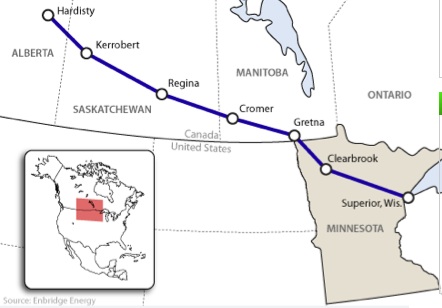