September 8, 2011
While the biotechnology industry was born in Northern California over thirty years ago, companies falling under its broad umbrella can now be found in every corner of the world. From humble beginnings, its impact can now be seen in everything from consumer goods to cancer drugs. 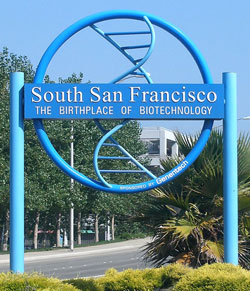 None-the-less, Northern California remains the center of the industry’s growing orbit. Many of the world’s greatest research institutions and biotech companies were born here and remain headquartered here.

To help improve understanding and appreciation for the industry’s value to Northern California, BayBio developed a public awareness campaign entitled Behind the Science of Life. The campaign includes a platform for strategic online community engagement and television vignettes that together seek to elevate the visibility of the organizations responsible for developing solutions to the world’s most pressing challenges.

It was a 60-second television vignette produced by the local CBS affiliate KPIX that won an Emmy Award.

To get a better understanding about the origins of this campaign, I spoke (ok, exchanged emails) with Matt Gardner, the former head of BayBio who was the catalyst behind the campaign and organized the coalition that pushed the campaign forward.

BIOtech Now: Congratulations on the Emmy! It must be very satisfying to receive that level of recognition for your work. How did the idea for this campaign come about? 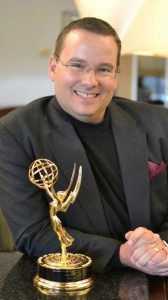 Matt Gardner: Thanks! Yes, it's very exciting and we could not have done it without our partner KPIX-CBS. The TV spots were part of a major initiative we were developing  in 2008 to bring greater awareness about the life science industry to students and the lay public. In fact, we were taking pledges and had a few million dollars informally pledged when the market crashed. That changed everything and brought into sharp focus the elements that were easily achievable. We met with a number of industry founders and started the discussion with a handful of companies. The TV spot began to take shape thanks, in part, to some early adopters.  Gilead Sciences was a great partner in the first round of the creative process and quickly supported Behind the Science of Life with two major commitments. Morrison Foerster quickly followed suit. We were after a campaign that would include the messages that BIO knows so well – heal, fuel, feed. We reverse engineered imagery and script from those concepts.

BIOtech Now: The need to promote STEM education and industry awareness is a national issue. Though, awareness campaigns tend to face a number of challenges – starting with the financial sort. What were some of the hurdles you had to overcome?

Matt Gardner: Financial and human resources were the toughest challenges. In a small, regional non-profit, you can only do so much with limited human bandwidth. KPIX-CBS was critical to producing the content and to developing relationships with key funders. The TV spots were not feasible without their expertise and involvement. Behind the Science of Life is an evolving campaign and BayBio continues to seek supporters.

BIOtech Now: Clearly you got the attention of the National Academy of Arts & Sciences, but what sort of impact did the campaign make in Northern California?

Matt Gardner: First, it’s still running long after my time with BayBio, so that is a very positive thing to see. When I gave my first personal dollar to this effort, the list of donors was three people long. Gilead’s commitment really improved the standing of the campaign, and it still needs support from the life sciences community. As an outcome of the campaign, more companies are directly involved in the education community. Bayer, Bio-Link, Celgene, Cytokinetics, FedEx, OncoMed, RoseRyan, VWR, Wareham and Wells Fargo have committed to support other education-based programs.  That’s the best thing you could hope for, I think.

BIOtech Now: So, this campaign was quite a long time in the making. How did it evolve over time? Feel free to mention the players who helped evolve the project.

Matt Gardner: At the very start, industry leaders like Bill Rutter and Dave Goeddel were providing comments and advice and helping us revise and improve our thinking. As the whole initiative came into shape, we had a number of great people leading an industry effort – Steve Burrill, Corey Goodman and Brian Cunningham, to name a few. They have been great leaders for a long time, and I hope our colleagues around the industry recognize how much effort they put in. They don’t just agree that these activities need to be a priority; they make calls, recruit others, reach out, and do much more.
Once we went into production, we knew it would be important to highlight the many possible human impacts of biotechnology that came from Northern California. There is a lot of material there, from the legacy of Chiron in blood safety to Genentech in oncology, Gilead in infectious disease, personalized medicine in changing treatment, and so forth. Gilead then stepped up early on to help us bring HIV into the discussion. As we got into production on the TV spot, the team at KPIX-CBS was incredible.
Dee Joyce took our roughly expressed vision and turned it into a masterpiece. Our partner at KPIX-CBS in this process is a gentleman by the name of Ross Chan. I’m proud to say that Ross has become a friend, and I can also say that there is no way any of this comes together without Ross at the heart of it to interpret what a group of voices like ours is saying to the very talented production team led by Dee. The campaign was only possible with their participation.

BIOtech Now: The U.S. does not rank well in terms of STEM education. As a nation, we have a lot of catching up to do – particularly if we want to maintain an advantage in homegrown high-tech fields. What do state and federal leaders need to do in order to ensure our schools are preparing students for high-wage, high-growth industries such as biotechnology?

Matt Gardner: That’s a great question, and one that doesn’t lend itself to short answers! Education policy has been handcuffed for many years by a lack of long-term impact studies. Tracking the meaningfulness of earlier instruction of algebra or a change in AP formatting requires longitudinal studies, control groups, and may still struggle with direct correlation to results. The National Science Foundation, National Academies and other stakeholders know this and have started to work in longitudinal analysis as much as possible.

On the short term, NSF is funding the Bay Area Science Festival, an ambitious 10-day celebration of science led by the Bay Area’s leading academic, scientific, corporate and nonprofit institutions with the collective aim of providing accessible science programming to every Bay Area resident.

You still end up with truly challenging design problems. What if a student taking AP calculus ends up majoring in a STEM field? Is this a RESULT of the AP course? Not likely, as that student was probably self-selecting, college bound, and held high aptitude in the field already. These are enormous challenges for our country. It is possible that we could have more impact by simple things like offering more scholarships and loan forgiveness for students who major in and graduate from science or engineering.

BayBio and KPIX-CBS will be discussing this value proposition with BIO’s Communications Committee in September. If there is interest in participating in the awareness campaign, please contact Ross Chan at rchan@kpix.cbs.com
More on This Topic