Ready for Takeoff: Sustainable Fuels are Decarbonizing our Skies

As the world’s largest business aviation trade show takes place in Las Vegas, a Congressional hearing on climate change and clean power convenes on Capitol Hill. Sustainable aviation fuels took center stage at both and was highlighted as one tool that is helping to decarbonize the U.S. transportation sector.

The National Business Aviation Association’s (NBAA) week-long Convention & Exhibition event is showcasing sustainability. As part of the event’s aircraft display, all turbine airplanes refueling at Las Vegas’s Henderson Executive Airport will take on some amount sustainable aviation fuels. The fuel is a non-fossil power source that can reduce aviation’s carbon lifecycle emissions by up to 80 percent. 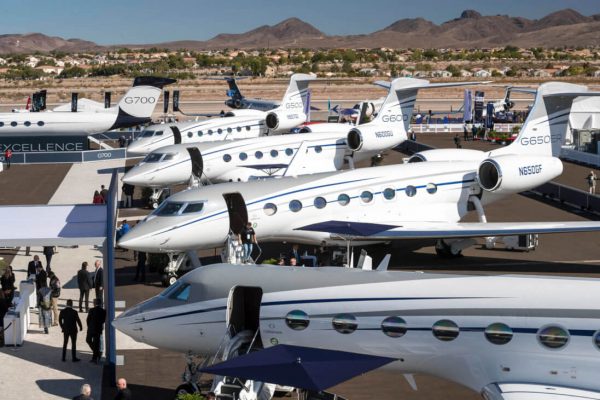 The event is highlighting how solid waste from homes and businesses, such as packaging, paper, textiles, and food scraps (such as used cooking oil, beef tallow and bananas) that would otherwise go to a landfill or incineration, can be converted into sustainable aviation fuel (SAF). The SAF product, when mixed with traditional Jet A, can significantly reduce carbon emissions.

Fuel producers and jetmakers are keen to showcase novel forms of aviation fuel deemed less harmful to the climate, from used cooking oil to the distinctly less glamorous meat waste.

Business jet operators, like airlines, have bowed to environmental pressure on aviation and committed to halving carbon emissions by 2050 compared with 2005.

The availability of less polluting private jets could also spare the rich and famous the negative publicity experienced by Britain’s Prince Harry and his wife Meghan over a recent private jet trip to southern France.

In Washington, D.C., the House Committee on Energy and Commerce hosted a subcommittee hearing on October 23, “Building a 100 Percent Clean Economy: Solutions for the U.S. Power Sector.” The subcommittee took testimony on generating cleaner power, and how Congress can support the power sector’s transition to net zero carbon pollution.

“Decarbonizing the aviation sector represents a unique opportunity to achieve national security goals, bolster economic development, and provide environmental benefits through the use of sustainable aviation jet fuels (SAJF),” said BIO in its written testimony. “The lifecycle greenhouse gas emissions from SAJF can be at least 80 percent lower than traditional fuel.”

BIO stressed that the use of sustainable aviation jet fuels has already proven successful:

“This summer, United Airlines made history ‘with the departure of the Flight for the Planet, the most eco-friendly commercial flight of its kind in the history of aviation. On the Flight for the Planet, United became the first known airline to demonstrate all of the following key actions on a single commercial flight: utilization of sustainable aviation biofuel; zero cabin waste efforts; carbon offsetting; and operational efficiencies.’

“As part of these efforts, United used a 30/70 blend of low-carbon, sustainable aviation fuel provided by Boston-based World Energy, and traditional jet fuel. The biofuel alone achieves a greater than 60 percent reduction in greenhouse gas emissions on a lifecycle basis compared to traditional jet fuel, and using biofuel is one of the most effective ways an airline can reduce its impact on the environment.” 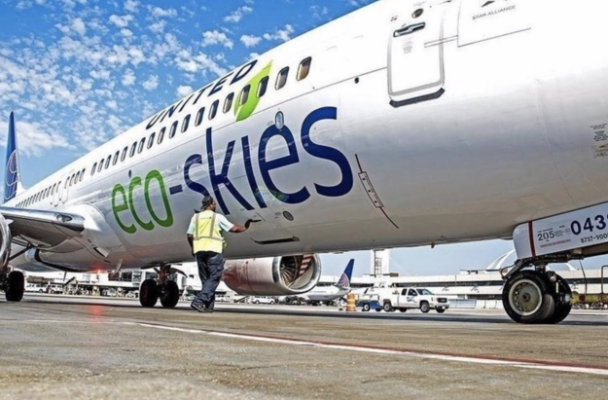 Meanwhile, back in Vegas, leaders of the NBAA and General Aviation Manufacturers Association (GAMA) announced an unprecedented gathering to be held early next year in Washington, D.C., aimed at accelerating the availability and use of sustainable aviation fuels (SAF). The new Business Aviation Global Sustainability Summit is scheduled to take place in March 2020.

“SAF is the main solution to our environmental challenges – along with other means of emissions reduction, use of the fuels will be key to meeting our industry’s environmental goals,” said Juergen Wiese. Chair of the European Business Aviation Association (EBAA). “This summit will provide another important opportunity to demonstrate that business aviation continues to take seriously its responsibility for reducing climate-changing emissions.”

As sustainability initiatives become a top priority for industries – including aviation – science and technology can play a key role and the United States can lead if we have the right policies in place.  As BIO concluded in its testimony this week:

“Supporting development and deployment of these technologies enables the United States to reduce greenhouse gas emissions in the transportation sector to the benefit of economy, human health, and the environment.”

Innovation can be the driver of meaningful change if we let it.

Goop Talks One Health and We Love It! 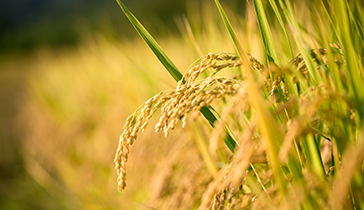