The program seeks projects that will test drugs that are either already FDA-approved or that have been proven safe in a clinical trial for a certain indication, to determine whether the drug might be efficacious in the treatment of PD.  By identifying therapies that are already clinically available, MJFF hopes to reduce the time and cost it takes to bring potential drugs to market.  The studies can be pre-clinical or clinical in nature.

Pre-proposals are due by December 15.  To apply, visit:  http://www.michaeljfox.org/research_openFundingPrograms_program.cfm?ID=51

*Pre-proposals are required and will be administratively and scientifically reviewed

**Only invited applications will be accepted for review

MJFF has supported repositioning projects in the past, but last year marked the Foundation’s first repositioning specific RFA, launched in September 2010.  Some of the highlights of projects that came out of this RFA include:

To find out more about the research MJFF is funding, visit their searchable database.

About The Michael J. Fox Foundation for Parkinson’s Research

As the world’s largest private funder of Parkinson’s research, The Michael J. Fox Foundation is dedicated to accelerating a cure for Parkinson’s disease and improved therapies for those living with the condition today. The Foundation pursues its goals through an aggressively funded, highly targeted research program coupled with active global engagement of scientists, Parkinson’s patients, business leaders, clinical trial participants, donors and volunteers.  In addition to funding more than $264 million in research to date, the Foundation has fundamentally altered the trajectory of progress toward a cure. Operating at the hub of worldwide Parkinson’s research, the Foundation forges groundbreaking collaborations with industry leaders, academic scientists and government research funders; increases the flow of participants into Parkinson’s disease clinical trials with its online tool, Fox Trial Finder; promotes Parkinson’s awareness through high-profile advocacy, events and outreach; and coordinates the grassroots involvement of thousands of Team Fox members around the world. Now through December 31, 2012, all new and increased giving to The Michael J. Fox Foundation, as well as gifts from donors who have not given since 2009 or earlier, will be matched on a dollar-for-dollar basis with the $50-million Brin Wojcicki Challenge, launched by Sergey Brin and Anne Wojcicki. 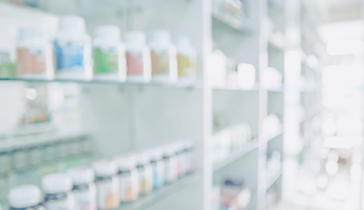