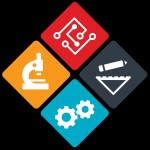 On Wednesday, May 25, 2016, the House Committee on Science, Space, and Technology held a hearing to examine the science of the Zika virus and the Aedes aegypti mosquito that transmits the disease. During the “Science of Zika: The DNA of an Epidemic,” experts testified on the science of preparing for a potential Zika epidemic in the continental United States, including the forecasting, controlling, preventing and testing for the disease and the basic research of how the mosquito transmits the virus.

Hadyn Parry, Chief Executive Officer of BIO Member Company Oxitec, was among the panelists who testified. Oxitec has pioneered the use of bioengineering to provide a solution for controlling the Aedes aegypti mosquito that spreads the Zika virus. Specifically, Mr. Parry spoke to the efficacy of Oxitec’s genetically engineered (GE) mosquito in curbing the spread of the Zika virus.

To control Aedes aegypti, Oxitec’s technology uses the mosquito against itself. It focuses on several key features of the mosquito’s biology, most notably the fact that only females – not males – bite. Oxitec’s GE mosquitos (male) would be released and mate with the wild females. The offspring would then inherit self-limiting genes and die before becoming functional adults, thereby reducing the mosquito population.

Mr. Parry believes that Oxitec’s technology can be applied to other mosquito species, including the one that carries malaria. He concluded by asking the Committee to urge the FDA to expedite approval of the GE mosquito. He recommend that the FDA expedite the final review of this dossier, consider using its enforcements discretion to allow for rapid review of future environmental assessments; and grant emergency use for the widespread approval of this promising vector control tool.

Dr. Kacey Ernst, Associate Professor in Department of Epidemiology and Biostatistics at University of Arizona. Dr. Ernst spoke on the basic science around the Aedes aegypti mosquito, how it transmits the Zika virus, and the complexity of forecasting transmission. She argued that we need better surveillance of mosquito transmission and improved knowledge of the mosquito-human interaction.

Dr. Daniel Neafsey, Associate Director of the Genomic Center for Infectious Disease at the Broad Institute of MIT and Harvard. Dr. Neafsey spoke on how DNA sequencing can help us better understand and inform the control of Zika transmission.

Dr. Steven Presley, Professor in the Department of Environmental Toxicology at Texas Tech University. Dr. Presley, who is the director of the Biological Threat Research Laboratory and Bioterrorism Response Laboratory at The Institute of Environmental and Human Health (TIEHH), spoke on his labs’ Zika-related work and his role on the task force for the State of Texas response to Zika and public health protection. Presley’s lab is biosafety level three (BSL-3) and allows Texas Tech to be a public resource for the identification and confirmation of biological samples for outbreaks of infectious diseases and other public health emergencies.

ABC 12 News provided some additional coverage of the hearing:

A British company developing genetically modified mosquitoes pitched the technology on Capitol Hill Wednesday as a way to fight the Zika virus, calling for the Food and Drug Administration to grant emergency approval for the insects.

The company, Oxitec, has modified Zika-spreading mosquitoes so that their offspring die before adulthood, said Hadyn Parry, Oxitec's CEO, who testified before the House of Representatives' Committee on Science, Space, and Technology.

"Controlling the mosquitoes is our first line of defense and it's an area we’ve neglected over the past decades," Parry said. "Current insecticidal products are just not efficient to control this mosquito in the urban environment."

The FDA has not approved GMO mosquitoes yet. The agency looked at the technology's environmental impact, however, and issued a "finding of no significant impact." The FDA is now accepting public comments on the issue. The technology has been controversial among people who are concerned about their unknown effects on the environment.

At Wednesday's hearing, Parry called on the FDA to issue an emergency use authorization for GMO mosquitoes, which would allow the technology to be used more quickly…

Oxitec — which has conducted field trials in Brazil, the Cayman Islands, Panama and Malaysia — releases only male mosquitoes, who cannot bite, to avoid spreading disease. In tests, the GMO mosquitoes have reduced the number of Aedes aegypti mosquitoes, the species that spreads Zika, by 90 percent, Parry said.

Oxitec hasn't yet shown that GMO mosquitoes actually reduce the rates of diseases such as Zika or dengue, said Peter Hotez, dean of the National School of Tropical Medicine at Baylor College of Medicine in Houston.

Also, tests of GMO mosquitoes have been relatively small, Hotez said. There's no way to know whether the technology will be as effective on a large scale.

Researchers could answer those questions by conducting pilot studies on the Gulf Coast, Hotez said. If those studies are promising, the U.S. could scale up the use of GMO mosquitoes.

Deploying large numbers of GMO mosquitoes also could be too expensive for the developing countries where Zika is already entrenched, said Grayson Brown, a professor of entomology at the University of Kentucky. Even in the U.S., communities with small mosquito-control budgets probably can't afford GMO mosquitoes.

The archived video of the hearing can be found here.