Senate Hearing Stresses Confidence in the Safety, Regulation of GMOs

October 21, 2015
As the debate over GMO food labeling and the use of biotechnology in agriculture has evolved, the Senate Committee on Agriculture hosted a hearing today, “Agriculture Biotechnology: A Look at Federal Regulation and Stakeholder Perspectives,” to hear perspectives from agency officials, food producers and consumer groups.  Committee members also asked witnesses their perspectives on whether or not GMO foods should require labels.  Committee members emphasized the need for science-based policies and the witness testimonies mostly echoed this theme. 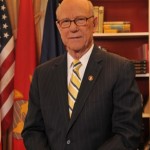 “Over the past twenty years, agriculture biotechnology has become a valuable tool in ensuring the success of the American farmer in meeting the challenge of increasing yield in a more efficient, safe, and responsible manner,” said Sen. Pat Roberts (R-Kansas), Chairman of the Senate Ag Committee. 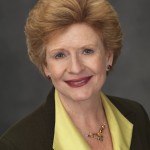 “A growing global population, coupled with the effects of climate change, and the stress placed on much of our natural resources, has created an urgency for new innovations if we are to maintain our nation's agricultural leadership,” added Ranking Member Debbie Stabenow (D-Mich.).  “That’s one reason why I support the use of biotechnology in agriculture.”

“We agree with the Committee members and expert witnesses who expressed the need to give consumers more information about where and how their food is produced,” says Brian Baenig, Executive Vice President for Food and Agriculture for the Biotechnology Industry Organization (BIO).

“In particular, we echo Ranking Member Stabenow’s request for a solution that addresses the problem of a 50-state patchwork of regulations, while providing transparency for consumers in a way that does not stigmatize biotechnology.”

Wednesday’s hearing began with a panel of experts from the U.S. Department of Agriculture, Environmental Protection Agency, and the Food and Drug Administration offering testimony that reaffirmed the safety of GMOs.

Dr. Susan Mayne, director of the FDA’s Center for Food Safety and Applied Nutrition, stated that “over the last 20 years, FDA has reviewed and evaluated data and information on more than 150 GE plant-derived foods…based on our evaluations, we are confident that foods from genetically engineered sources in the U.S. marketplace today are as safe as their conventional counterparts.”

Michael Gregoire, the associate administrator of the Animal and Plant Health Inspection Service of the U.S. Department of Agriculture, added, “we have great confidence in the safety of GE crops that have been approved under the current U.S. regulatory system.”

The use of pesticides in agriculture has become increasingly under fire by opponent groups, so they testimony of William Jordan, EPA’s Deputy Director in the Office of Pesticide Programs was especially timely.

“A number of groups – ranging from academicians to the federal government to the National Academy of Sciences – have studied how the introduction of PIPs [plant-incorporated protectants] has affected the use of synthetic chemical pesticides,” said Jordan. “These experts have concluded that by planting PIPs, growers have reduced by more than a third – many millions of pounds – their reliance on broad spectrum, synthetic insecticides. The result is reduced exposure to such pesticides for workers and nontarget wildlife, less ground and surface water contamination by such pesticides, and less residue of such pesticides in food.”

The Senate hearing comes less than ten months from the July 1 effective date of Vermont’s labeling mandate, which will be the first state to implement its own unique food labeling standard.  Though Vermont’s law is currently being challenged in federal court, there is little chance of a judicial resolution in time to prevent the negative impacts of the misguided statute.

Joanna Lidback, a dairy farmer from Barton, Vermont, provided a first-hand account of the severe consequences that will ensue should Vermont’s law take effect next year.

“The use of biotechnology on our farm is also important to the economic sustainability of our small business by keeping the price we pay for feed affordable,” said Lidback.  “To compare prices, a non-GMO basic 20 percent protein complete feed would cost $555 per ton; the same conventional feed that we purchase is currently $305 per ton…a difference of $4,000 a month or $48,000 per year.  I do not see how we could profitably farm in the long term with those increased costs, thus effectively pushing my small farm out of business.”

“Absent a federal solution by July 2016 when Vermont’s law takes effect, manufacturers will have three options to comply: 1) redesign packaging, 2) reformulate products so that no label is required, or 3) halt sales to that state,” said Thomas.  “While we have not made a final decision, we are considering several factors that will make it difficult to continue sales in Vermont.  One factor is the ability of our distributor chain to segregate product for Vermont since it is the food manufacturer who is liable if mislabeled products make it onto store shelves.  We recently received a note from the largest grocery wholesaler in the nation.  The letter informed us that they ‘will not take additional steps to segregate or otherwise specifically direct the shipment of Vermont only products into Vermont.’”

In favor of mandatory labeling, Stonyfield Farm Chairman and Co-Founder Gary Hirshberg tried to convince the Committee that changing a label on a food package was no big deal.  But Hirshberg stumbled when asked point blank by Senator John Hoeven (R-N.D.) if he believe that genetically engineered plants are safe:  “The evidence is clear from the earlier panel that that’s our federal policy and I’m not qualified to disagree with it; I would only say that there’s significant debate and discussion that hasn’t been included in today’s discussion.”

Greg Jaffe, Biotechnology Project Director, Biotechnology at Center for Science in the Public Interest has historically been critical of FDA’s “voluntary consultation” process, but he too answered Hoeven’s question in the affirmative – as did the entire panel of witnesses.  “For the current crops that are grown in the United States, yes,” Jaffe said.

Dr. Ronald Kleinman, a pediatrician at MassGeneral Hospital for Children, testified to the safety and regulatory scrutiny of GMO food crops and offered his opinion on proposals to mandate the labeling of GMOs.

Committee members agreed that the discussion was valuable and overdue in the Senate.  Stabenow called for “a bipartisan bill that can pass the Senate by the end of this year.”

“We commend the bipartisan leadership of Chairman Roberts and Ranking Member Debbie Stabenow (D-Mich.) as the discussion on this issue moves to the Senate,” said Baenig.  “BIO stands with a broad community of farmers, growers and food manufacturers in asking the Senate to move forward with GMO labeling legislation within the coming weeks.”