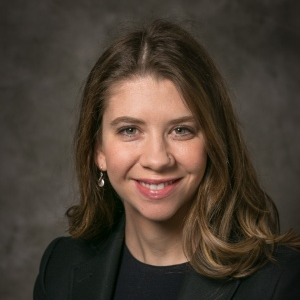 The voucher program works by granting a priority review voucher to a drug developer who develops and gains approval for a therapy that treats a neglected tropical disease, a rare pediatric disease, or that is a medical countermeasure. A drug sponsor can later redeem the PRV when submitting a future drug application to treat any disease, or condition, or sell or transfer it to another drug sponsor. When redeemed, a PRV entitles a drug sponsor to priority review by FDA—which has a goal of a 6-month review, rather than the 10-month goal for a standard review.

The study was the result of a requirement included in the 21st Century Cures Act that compelled the GAO to review and report on the PRV programs. The GAO report is especially timely as the RPD PRV will begin to expire this year unless legislation makes the program permanent or extends the program sunset.

For the report the GAO interviewed FDA Officials, representatives from stakeholder groups, academic researchers, and drug sponsors and conducted a literature review of studies examining the voucher programs. The GAO also examined the number and types of vouchers that have been issued as well as the number of vouchers purchased, and for how much.

At a high level the results of the GAO report are mixed. Drug developers largely report that the voucher programs work as intended, incentivizing drug development in areas that were therapies would likely not have been developed. However, based on their literature review, of just three studies, one per voucher program, the GAO indicated that there is little evidence that the voucher programs have worked to incentivize the development of new therapies for neglected tropical or rare pediatric diseases, or medical counter measures. However, for the RPD PRV and the Medical Counter Measure PRV, the GAO failed to take into account the uncertainly of these two programs given that both programs are currently set to expire in the next few years.

To date, in fact since the establishment of the RPD PRV in 2012, more than 21 therapies have been approved for treating 18 rare pediatric diseases, including Duchenne muscular Dystrophy, spinal muscular atrophy, cystic fibrosis, and batten disease, among others. It’s also important to note that any developed and approved therapies that would allow a company to qualify for a PRV cannot have already been approved in the United States, meaning that they a new therapies being brought to American patients.

It’s so important that Congress extends the sunsets for the RPD and MCM PRV so that these programs can be fully evaluated for the impacts the we hope they have on the development of therapies for patients in areas where drug development is not sufficiently incentivized.