May 9, 2018
On Thursday, May 3, 2018, the U.S. Department of Agriculture (USDA) released its proposed rule for the National Bioengineered Food Disclosure Standard, which was mandated by Congress in 2016. Per USDA, "the standard will provide a uniform way to offer meaningful disclosure for consumers who want more information about their food and avoid a patchwork system of state or private labels that could be confusing for consumers and would likely drive up food costs."

As part of this disclosure, USDA is considering the use of SmartLabel, which would utilize a QR or digital code that consumers can scan to obtain detailed information about what is in the product, including any bioengineered ingredients.  Roger Lowe, executive vice president of strategic communications at the Grocery Manufacturers Association, writes how SmartLabels would work and the benefit to consumers in using them to disclose food ingredients.

USDA is seeking comments on the proposed rule for 60 days. The deadline for comments is July 3, 2018.

Consumers across the U.S. want more information about their products that goes well beyond the package label. They want to understand the ingredient list: what an item is, what is does, why it is in the product, where it came from – and oftentimes, whether an ingredient is produced with bioengineering. 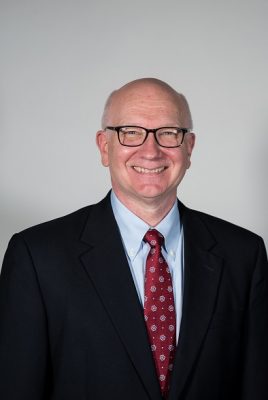 SmartLabel® digital disclosure puts far more information than could ever fit on a package label right at the fingertips of people.

SmartLabel® information is available nearly anywhere and anytime – while someone is making the shopping list at home, at the ball field, or while going through the store. Consumers have many ways to get to this detailed product information through SmartLabel®: scanning a QR or digital code on the package, going to www.SmartLabel.org, using a web search, going to the participating company’s web site, calling a 1-800 number on the package or through the free SmartLabel® app.

SmartLabel® is a key tool for compliance with the new federal disclosure law for genetically modified organisms (GMO) that was passed with broad bipartisan support in July, 2016. The Agriculture Department issued its proposed draft rule on May 3, and will be taking comments for 60 days. The proposed rule says that companies then will have until January 2020 to comply.

The federal law requires brands to disclose GMO information in one of three ways: text on a package, symbol, or through a digital link – such as SmartLabel®. A product using a QR code or digital link would include a call to action on the package label, such as “scan here for more food information.”

Digital disclosure enables consumers to learn more than text or a symbol. SmartLabel® enables product manufacturers to provide more information to consumers about GMOs, including what they are, why they are used in food production, and where they come from.

On a SmartLabel® landing page, GMO information is now listed in the “Other Information” tab in SmartLabel®, and leading up to the new regulations, that tab’s name will be changed to make clearer that consumers can find GMO disclosure information there.

Here’s an example of how SmartLabel® works. This links http://SmartLabel.generalmills.com/BMN/3501441105 to a product landing page for General Mills’ Corn Chex cereal that shows GMO disclosure, a deeper explanation about genetically modified foods, and a link to more detailed information from the manufacturer. 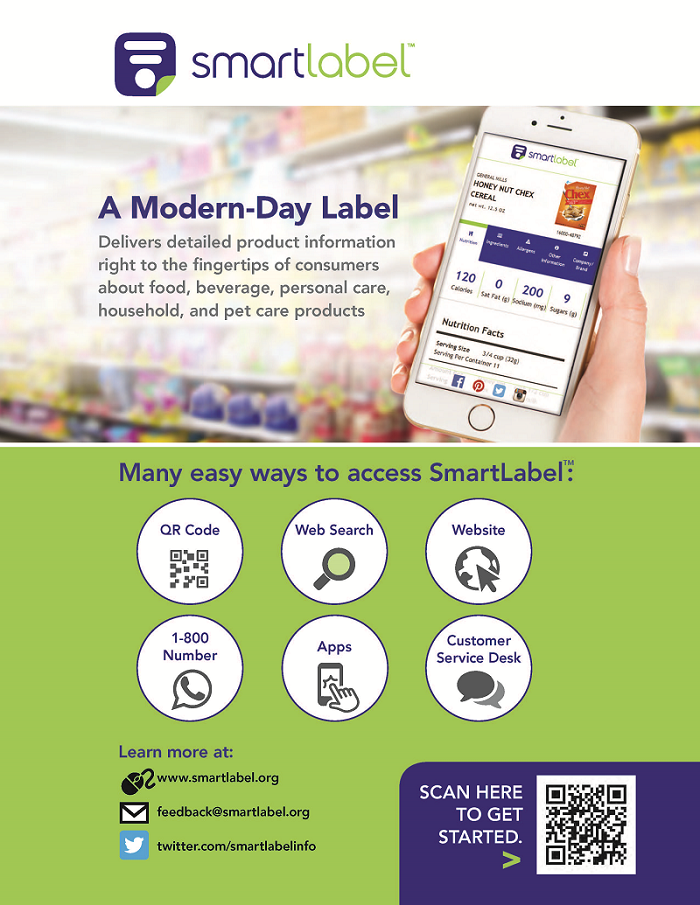 SmartLabel® and digital disclosure cover far more than GMOs and food and beverage products. As of May 4th, more than 25,000 food, beverage, personal care and household products are providing information through SmartLabel – and the number grows constantly.

Last summer, a report for USDA by Deloitte noted that many consumers did not know that they could scan a QR code to access food ingredient information. Some have misinterpreted this point or given it unusual weight: Is it really surprising that most consumers were not yet aware of this fact in 2017? Until recently, many QR codes were for marketing purposes and not widely used to provide food ingredient information. That’s changing, and awareness will expand significantly by the time the biotechnology disclosure law goes into effect.

It’s completely unrealistic to assume inherent consumer knowledge when digital disclosure of food ingredient information is just emerging, not yet widely available, and not yet widely promoted.

As a technology opens new doors, consumers learn and realize its full potential over time. For example, it would not have been reasonable to expect that everyone intuitively would know the potential uses of game-changing iPhones when they were unveiled a decade ago, to immediately understand all the possibilities when Google was first unveiled, or to automatically figure out what an Uber is and how it works. It took time and massive consumer education campaigns to raise awareness about these technologies before they became popular.

It's important to remember that the Deloitte report found most consumers would be able to access information about bioengineered ingredients through electronic and digital links – with the proper education and tools. A consumer education campaign about SmartLabel®, which are being launched in the weeks ahead, will be vital parts of the implementation and rollout of the bioengineering disclosure regulations. In addition, the required on-pack text that tells consumers to scan the digital code for more food information will invariably raise consumer understanding.

Together, these efforts will help consumers understand the power and promise of SmartLabel® and its easy access to more information about GMOs and other ingredients than could ever fit on a package label.
More on This Topic