August 12, 2011
Forecasters at the National Conference of State Legislatures' 2011 Legislative Summit expect a dramatic reduction of state deficits in the coming years, along with business-friendly tax-cuts.

The projections are based on a survey of budget officials in all 50 states last month, said Corina Eckl, director of state services for NCSL. 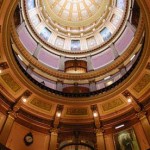 Eckl also noted an emerging trend in which state governors and legislatures are allowing for the expiration of temporary business taxes. Notably, the Michigan Business Tax was eliminated and replaced with a six percent corporate income tax that essentially exempts small business. North Dakota has also cut the corporate income tax rate while Indiana and Arizona will soon phase-in similar tax cuts. Florida also raised the corporate income tax standard exemption from $5,000 to $25,000.

Unfortunately these corporate tax cuts do not provide much-needed capital to small biotech companies because their lack of profits makes tax benefits unredeemable.

Most emerging biotech companies with promising scientific innovation are small, research-intensive and not yet profitable because they do not have an FDA-approved product on the market. Biotech start-ups generally struggle to raise capital to finance their research, and BIO advocates two important policies that enable them to continue critical R&D of advancements and breakthroughs.

The biotech industry has shrunk dramatically in recent years based primarily on the continued tight capital markets and increased aversion to risk on the part of investors.  As a result, scores of small companies have shut down operations and closed their doors.

Eckl evidenced that the worst may be behind most states in that revenues are generally growing and year-end balances are stabilizing following the longest recession since World War II. Of course, this is still contingent upon the strength and sustainability of economic recovery – which is still very much in the air.
More on This Topic