January 21, 2016
The year is not yet a month old but several state legislatures are already considering state GMO labeling bills.

In Maine, the Joint Committee on Agriculture, Conservation and Forestry is holding a work session today on a pair of GMO labeling bills that carried over from 2015.

On Tuesday, January 26th, the New Hampshire House Committee on Environment and Agriculture is holding a hearing on a GMO labeling bill that was introduced earlier this year. 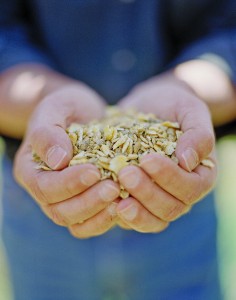 Meanwhile, U.S. Secretary of Agriculture Tom Vilsack recently held two stakeholder meetings comprised of 10 food, agriculture, biotech and pro-labeling group representatives to build consensus for federal GMO labeling/disclosure legislation.  Moreover, key members of both the House and Senate have publicly declared that GMO legislation is a top priority in 2016.  They will likely take up such a measure in the coming months.

Earlier this month, Campbell Soup Company announced its support for mandatory national labeling of food products that may contain genetically engineered (GE) ingredients. Pro-labeling advocates understandably applauded this development.  Some pro-labeling advocates are even using Campbell's announcement to lobby for state GMO labeling legislation. This is a disingenuous talking point to use at the state level, however, since Campbell CEO Denise Morrison said in her January 7th statement: "that a state-by-state piecemeal approach is incomplete, impractical and costly to implement for food makers.  More importantly, it is confusing for consumers."

Indeed, a state by state approach to GMO labeling runs counter to the pro-labeling advocates desire to satisfy consumers' right to know if the food they purchase and consume contains GE ingredients.  Frankly, having states adopt differing GMO labeling requirements will only mislead and frustrate consumers.  For example, the GMO labeling laws in Connecticut and Maine - statues whose implementation are contingent upon the actions of other states - exempt non-alcoholic beverages.  Vermont's GE food products labeling law - the only such state law not dependent on other states - does not exempt said products.  Vermont's law - set to go into effect on July 1 - does, however, exempt dietary supplements, while the Connecticut and Maine laws do not.

Additionally, Vermont's law and regulations excluded from GE labeling certain foods containing meat and poultry, the labeling of which is governed (and expressly preempted) by the U.S. Department of Agriculture under the Federal Meat Inspection Act and Poultry Products Inspection Act, respectively.   Consequently, under Vermont law, SpaghettiO's original variety will be labeled for the presence of GMOs, but SpaghettiO's with meatballs will not.  Of course, these products sit right next to each other on a store shelf, raising significant questions about the usefulness of the Vermont law to consumers.

The aforementioned shortcomings of the Vermont law perfectly exemplify why state lawmakers should defer to federal officials and Members of Congress on the GMO disclosure issue.  It is clearly a matter best addressed at the federal level.  That is the only way to achieve a meaningful and comprehensive solution. Secretary Vilsack - our nation's top agriculture official - is obviously dedicated to helping craft uniform, federal GMO labeling/disclosure legislation, as he recognizes that farmers, food manufacturers, consumers and the rest of supply chain would be adversely affected if states enacted and implemented disparate GMO labeling requirements.  The negative consequences of such a scenario could be irreversible.

Secretary Vilsack - our nation's top agriculture official - is obviously dedicated to helping craft uniform, federal GMO labeling/disclosure legislation, as he recognizes that farmers, food manufacturers, consumers and the rest of supply chain would be adversely affected if states enacted and implemented disparate GMO labeling requirements.  The negative consequences of such a scenario could be irreversible.

State lawmakers should welcome and applaud Secretary Vilsack's leadership.  Rather than continuing to take up GMO labeling bills in their respective legislatures that only serve to create chaos and adversely impact much of American agriculture, state lawmakers should table consideration of such measures and instead allow Secretary Vilsack the opportunity to continue working with stakeholders and Members of Congress to pursue an increasingly more achievable uniform, national answer to how to inform consumers about whether the food products they consume may contain GE ingredients.
More on This Topic