Think Organic Farming is Better for the Environment? Think Again. 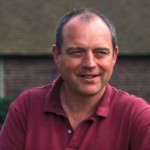 The eighth annual Global Impacts Study released this week by PG Economics quantifies the environmental benefits gained from the use of biotech crops.

“We’ve seen a significant reduction in the use of chemical insecticides with biotech crops,” said Dr. Cathleen Enright, BIO’s executive vice president for food and agriculture. “Since 1996 and the advent of agricultural biotechnology, farmers growing these crops have switched to more benign herbicides to help control weeds.”

Enright adds, “The shift to no till cropping systems associated with the use of biotech crops has reduced on-farm fuel use, enhanced soil quality and significantly reduced greenhouse gas emissions from agriculture.”

Some of the key environmental benefits detailed in the Global Impact Study include:

Possibly even more significant has been biotechnology’s economic benefits for farmers – most of whom are small holder farms in developing countries where increase in farmer income have helped to sustain entire villages.

“Biotech crops have enabled farmers around the world to increase their incomes and yields,” said Graham Brookes, director of PG Economics and co-author of the report.  “The economic benefits for farmers who use biotech seeds amounted to an average of more than $130/hectare (approx. $320 per acre) in 2011.”

Some of the key economic benefits detailed in the Global Impact Study include:

Click here for our full-color fact sheet.
More on This Topic