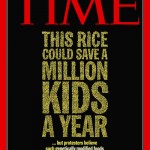 "To environmentalist opponents, GM foods are simply evil, an understudied, possibly harmful tool used by big agribusiness to control global seed markets and crush local farmers. They argue that GM foods have never delivered on their supposed promise, that money spent on GM crops would be better funneled to organic farming and that consumers should be protected with warning labels on any products that contain genetically modified ingredients. To supporters, GM crops are a key part of the effort to sustainably provide food to meet a global population that is growing by the billions. But more than that, supporters see the knee-jerk GM opposition of many environmentalists as fundamentally anti-science, no different than the deniers on the other side of the political spectrum who question the basics of man-made climate change.

"For both sides, GM foods seem to act as a symbol: you’re pro-agribusiness or anti-science. But science is exactly what we need more of when it comes to GM foods, which is why I was happy to see the venerable journal Nature devote a special series of articles to the GM food controversy..."

"GM foods are a useful tool — and as scientists develop next-generation GM crops, like the long awaited vitamin A-infused Golden Rice, they have the potential to become even more useful. The problems we face in feeding ourselves are very real—out of the 7 billion people on this planet, 1 billion are chronically hungry and an additional 1 billion people are malnourished because their diets lack vital micronutrients like iron, zinc and vitamin A. We’re likely to add another 2 billion or so people over the next 40 years—driving demand for food up a predicted 40 percent by 2030. And here’s the real challenge: we need to grow that additional food without using up much more land, because we’re already near the 15 percent of the Earth’s surface that can sustainably be used for farming..."

"Most of all, though, I wish a tenth of the energy that’s spent endlessly debating GM crops was focused on those more pressing challenges for global agriculture. There are much bigger battles to fight."

Read the full column here.
More on This Topic