April 28, 2016
Trade representatives from the U.S. and European Union (EU) are meeting in New York this week to discuss and debate next steps for the Trans-Atlantic Trade and Investment Partnership (TTIP). Agriculture is one of the many topics being conferred on during these talks and has become a top priority for negotiators.

On Monday, April 25, Politico reported that in advance of this meeting, 26 senators sent a bipartisan letter to United States Trade Representative Michael Froman asking him to push the EU to eliminate tariffs on all U.S. agricultural products. The EU has so far agreed to eliminate tariffs on 97 percent of its products under TTIP. The remaining 3 percent are all agricultural products, including beef, pork, poultry, rice and fruits and vegetables. The lawmakers point to a $12 billion ag trade deficit with the EU, even though the economic bloc is the world's top importer of food and agricultural products.  They also urged Froman to fight against EU efforts to establish protections for geographically related food names and to push for timely approval of new biotech products:

“EU members continue to miss key deadlines for import approvals of biotechnology products. Approvals of some products have been delayed even after positive evaluations by the European Food Safety Agency, and currently there are at least three products that have been awaiting import approval since 2011 and 2012.

“The inability to implement existing regulations and provide certainty based on sound science related to agriculture policies raises questions about the success of new obligations and commitments established in the TTIP.

“If the TTIP is to achieve the robust support of the agriculture industry, including America’s hard working farmers and ranchers, agricultural trade issues must be addressed before negotiations conclude. We strongly urge you to continue to fight for a TTIP agreement that prioritizes U.S. agriculture, including the removal of non-science based regulatory barriers and the reduction and removal of tariffs on agricultural products.” 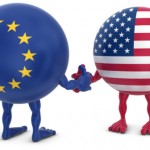 Matt O’Mara, Managing Director for International Affairs at BIO,  spoke at the TTIP negotiating round on how this partnership is a unique opportunity to forge a new path and create a truly modern trans-Atlantic trading relationship. Mr. O’Mara’s presentation covered both agricultural and bio pharmaceutical innovation. Notably, he stated that BIO calls on the United States and the EU to establish a long-term solution to normalize trade in products derived through agricultural biotechnology by: