November 12, 2010
Here are the results from our recent analysis of the Therapeutic Discovery Project. (For additional background and links on the TDP, please see our previous post from Nov 3rd, 2010.)

The 4,606 projects that were awarded a TDP grant or credit went to 2,923 companies in 47 states. That averages to 1.6 projects per company. A more detailed analysis reveals that the majority (72%) of the companies received one project credit or grant, and 28% received two or more, as seen in the following breakdown: 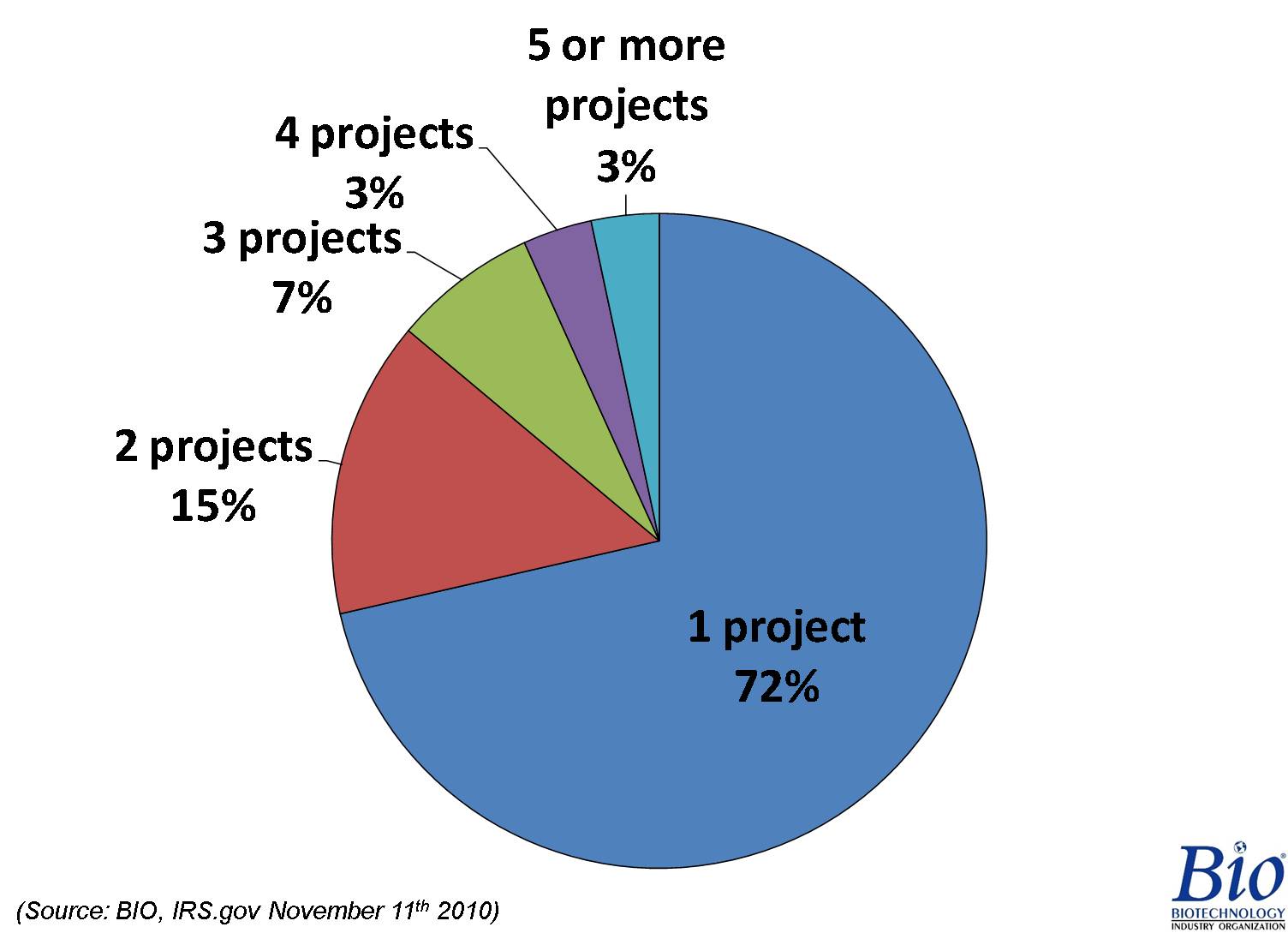 Click "Read More" below for more charts and analysis:

Over half of the companies (61%) received an amount near the maximum allowed per project ($244,479). This is explained, in part, by the fact that most companies received one project award. Receiving less that $244,479 would imply that less than $488,958 was applied for (50% of the R&D expense submitted). Receiving more than $244, 479 implies that a company had more than 1 project awarded. 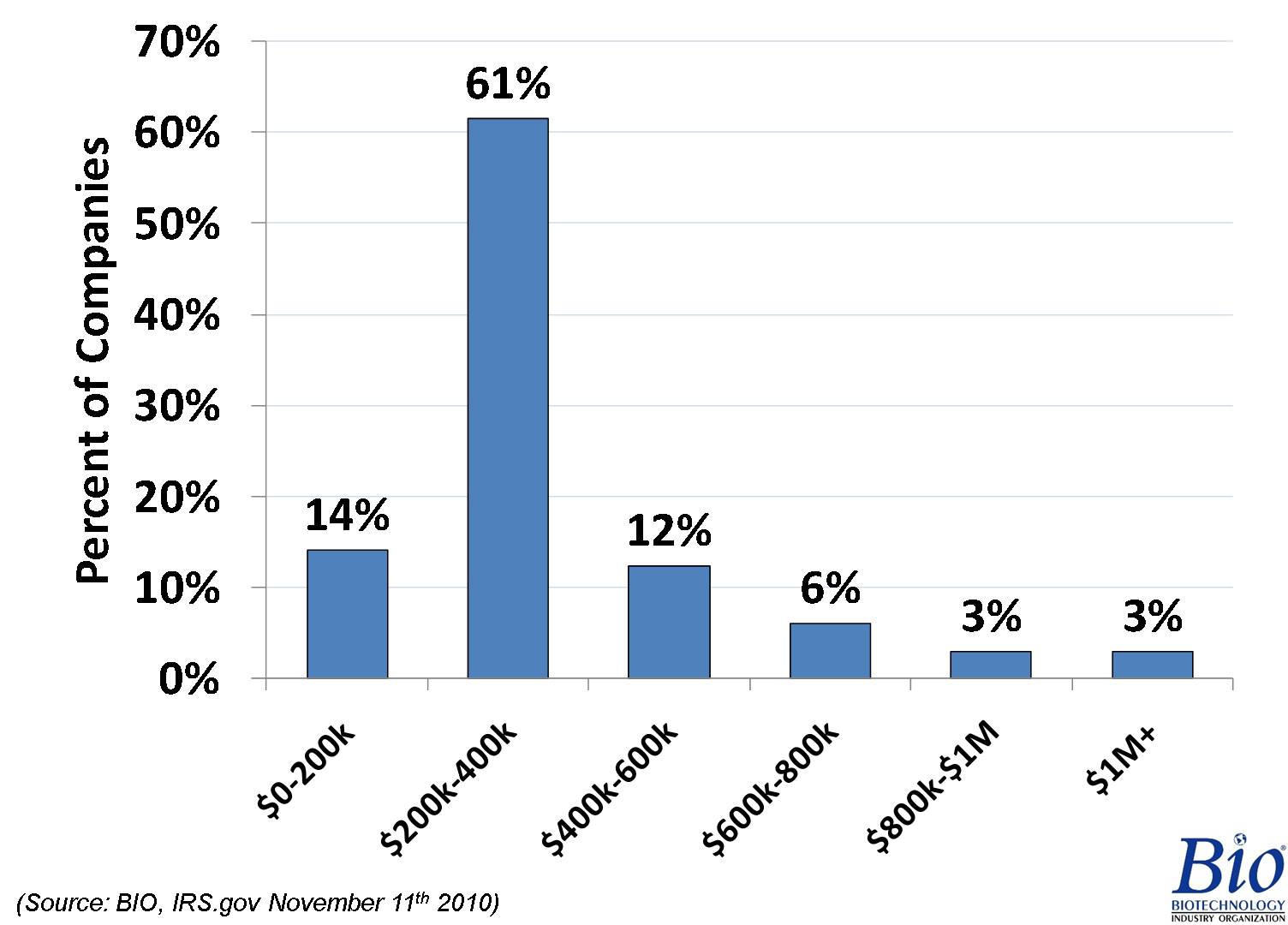 The breakdown of award recipients by state is representative of the location of biotech hubs in the United States. In fact, California and Massachusetts accounted for 41% of the total amount awarded. The top 10 states accounted for 74%. The amount and percent allocated to the top 20 states are in the charts below: 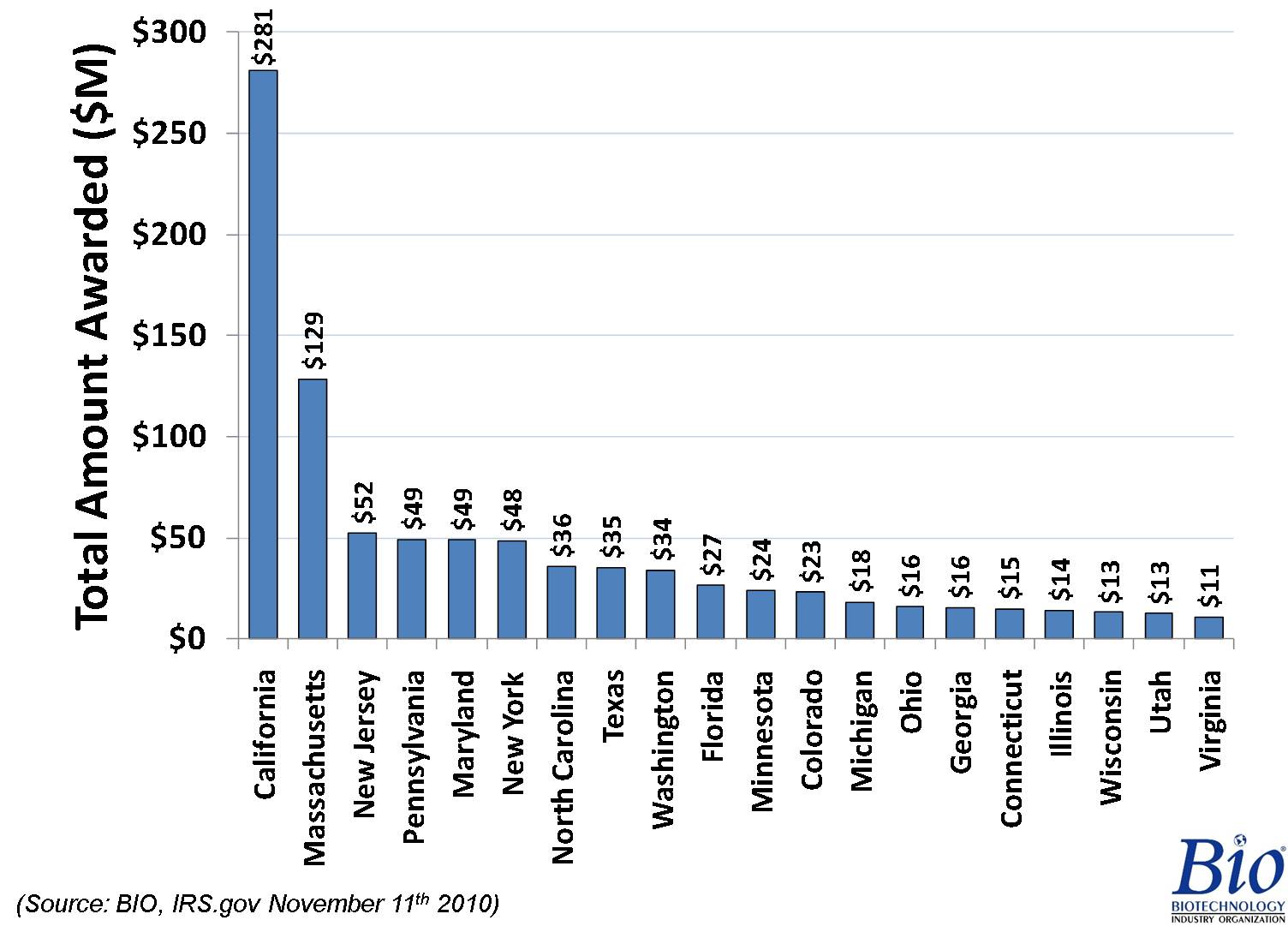 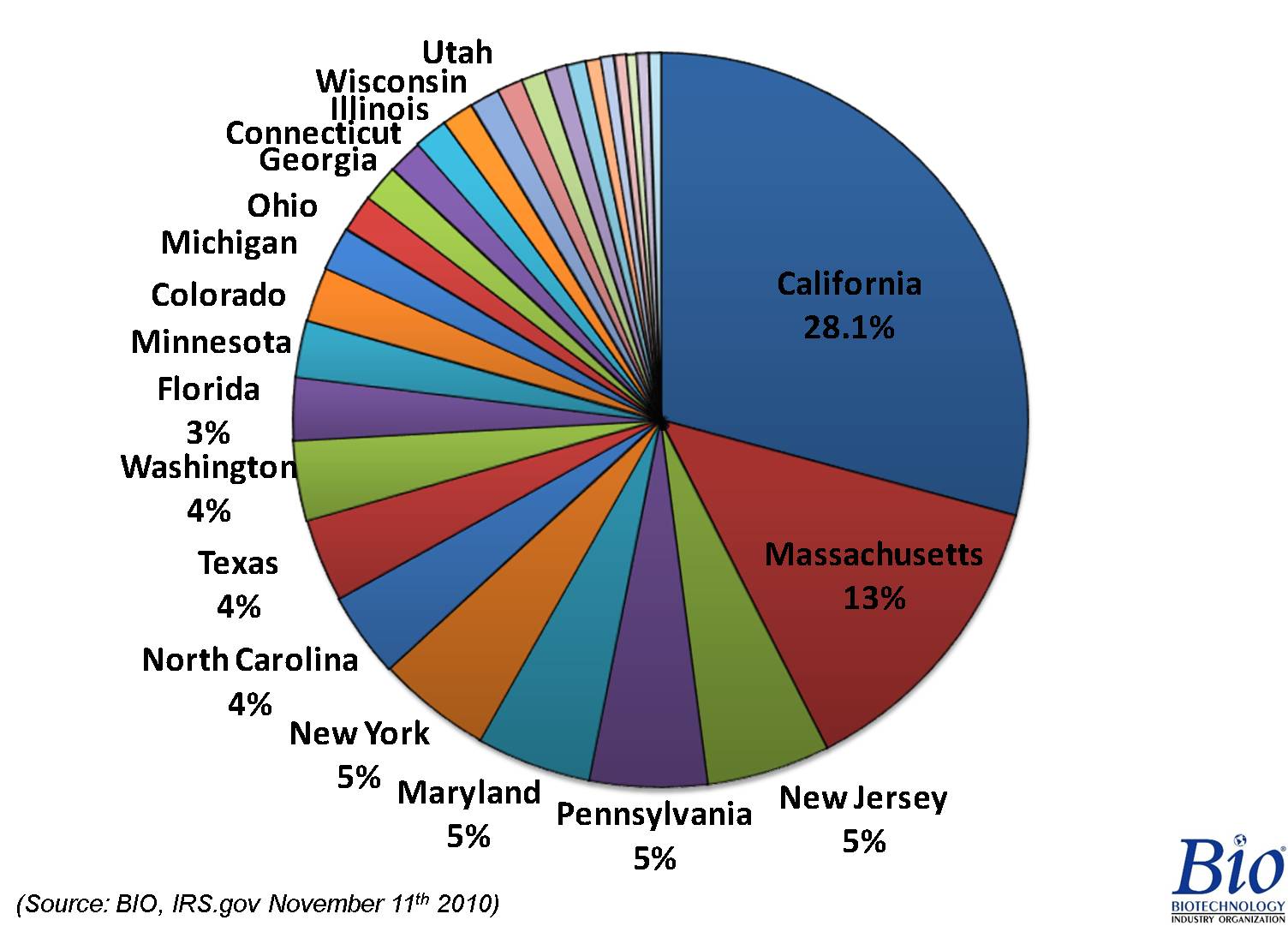 We classified each of the 4606 projects into four categories to see the breakdown by type of research awarded. It turns out that 71% of the projects awarded were either drug or drug formulation/delivery, 16% were diagnostic, and 11% were device (ex: implant, surgical device) or device for delivery (ex: needle, patch). About 1% of the projects did not have names or could not be classified due to lack of available information from public sources. 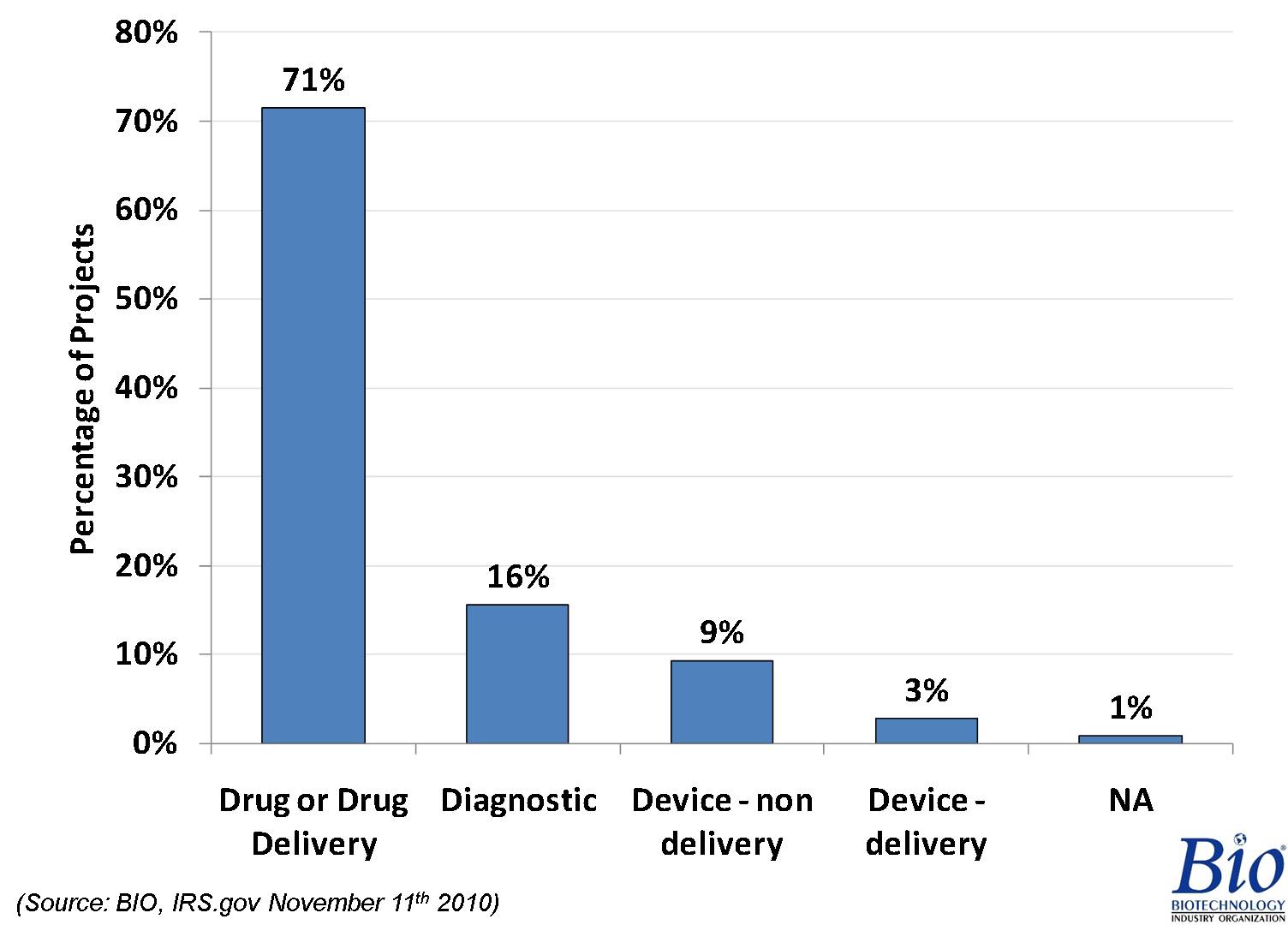