July 26, 2010
We took a look at the BioCentury database (BCIQ) to analyze trends in private financing of therapeutic biotechs (drug and molecular diagnostics). The results are in the three charts below and the conclusions are as follows: 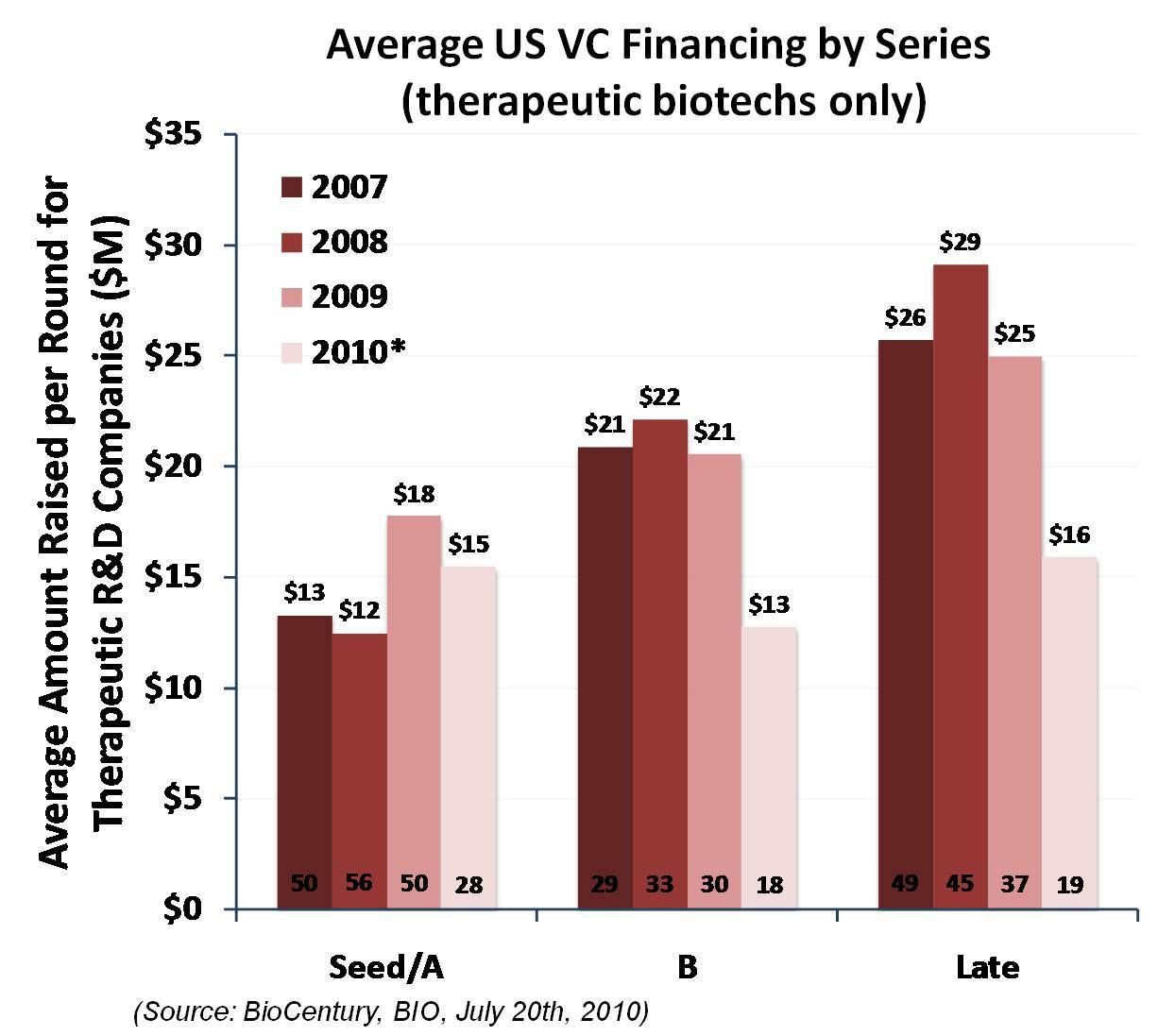 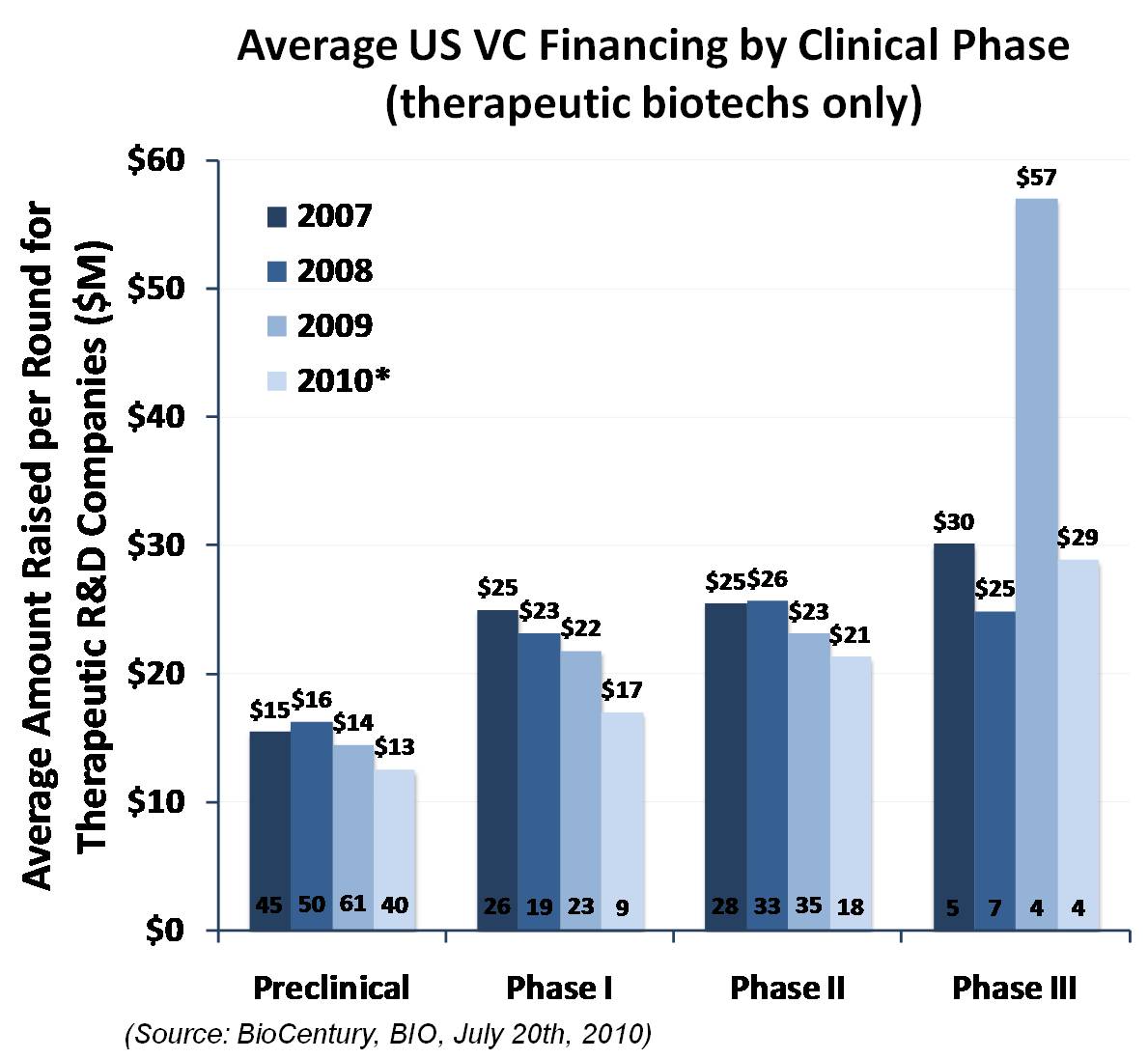 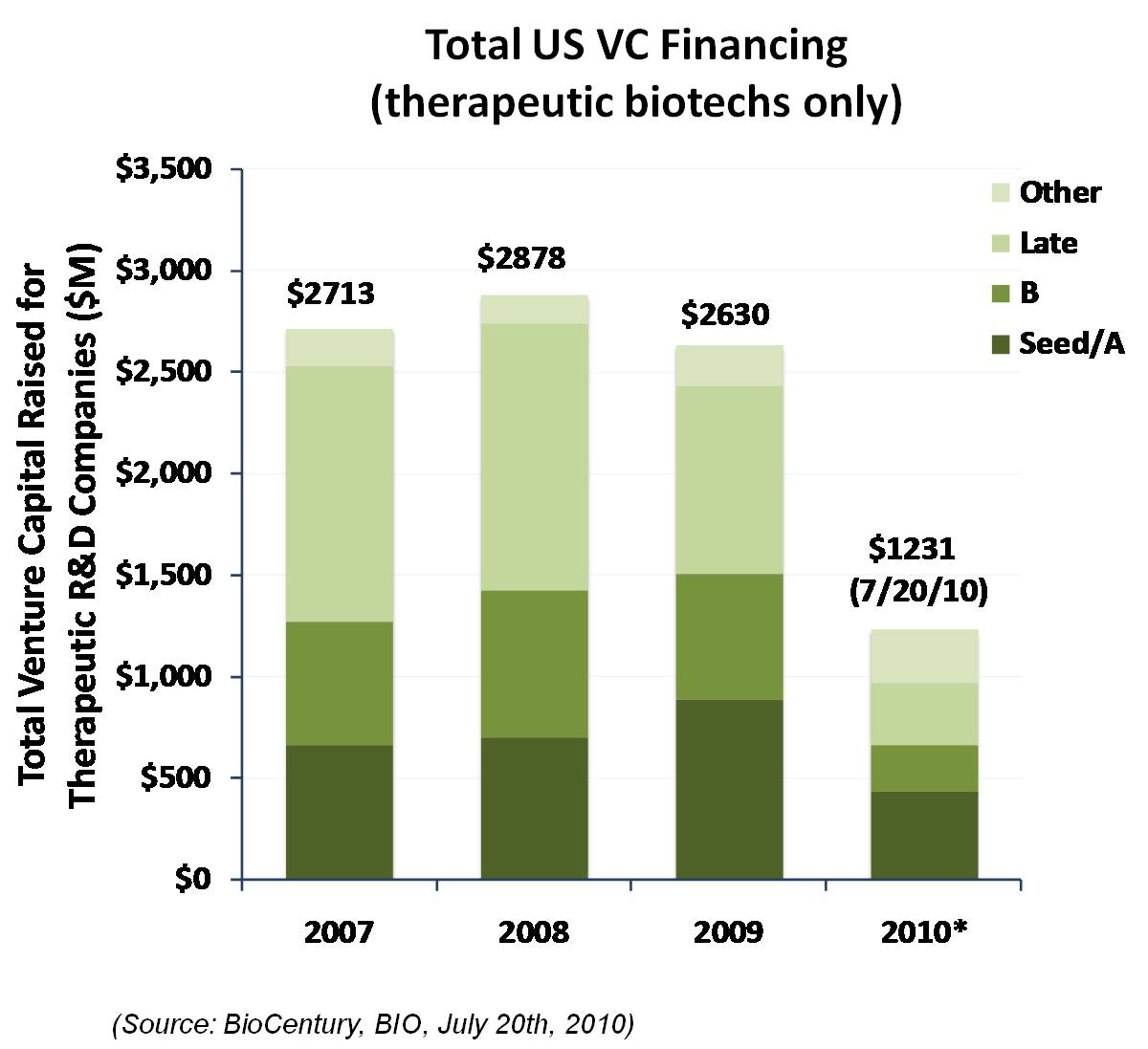 The data we used was from U.S. companies only.  We screened out service/tools/device companies and private biotech companies with products already on the market.  The phase of development refers to a company's most advanced treatment at the time the financing was reported.
More on This Topic