The National Venture Capital Association (NVCA) has released their 4Q 2011 numbers for biotech venture financing in the US. The report echoes the global numbers already out from BioCentury and BioWorld - a boost in investment for 2011.

The take away, however, is not the total amount, but 1) the drop in the total number of biotech deals, and 2) the drop in start-up, early-stage deals from 2010. The total number of deals near 447 was down 8% from 2010, and the number of start-ups receiving funding dipped 19% from 2010. Biotech 1st round deals fell below 100 for the 3rd time in a decade (see table below). The NVCA defined "Life Sciences" group had the lowest deal number in FIFTEEN years. (They add device companies to biotech to get their "Life Sciences" number, which essentially means things are worse off in the device space.) As is often the case in our sector, the devil is in the details.  So, take the 20% jump in VC $ funding with a grain of salt.*

Here are the 1st round VC financings from NVCA since 1995: 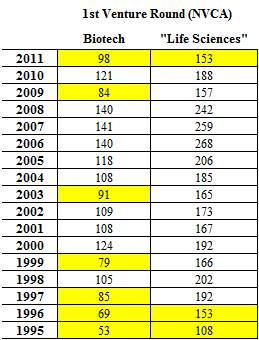 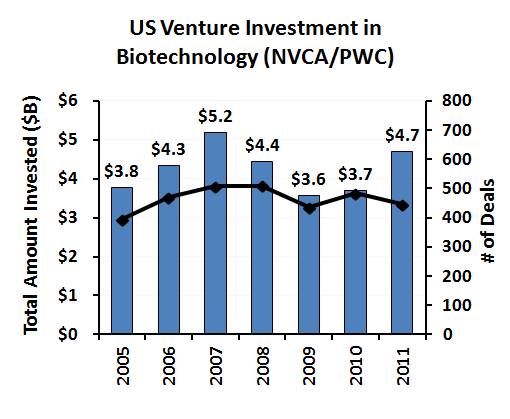 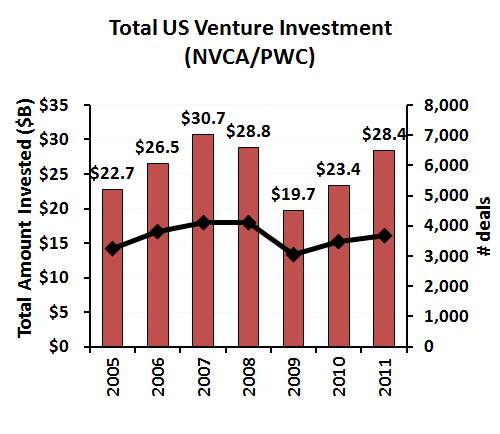 What this implies is that although we did see more investment, the funding is becoming more concentrated. We see fewer deals, but more money invested. There are two possible reasons for why this could be happening. First, VCs are very conscious of capital constraints in a volatile macro environment and want portfolio companies to weather the next storm if need be. Second, later stage assets in biotech require more funding. With LPs demanding closer time horizons for an exit, these companies may have a better chance receiving additional rounds vs. discovery start-ups (without an asset) seeking a first round.

*A point that has been brought up since the NVCA release, see Bruce Booth and Rick Soltero, is the over reaction to the magnitude of the drop in the 1st round deals. Bruce argues that 100 is still a decent turn out, and Rick argues that they get more than they used to, with quality the focus on the VC front. Both are valid points and do not disrupt the thesis that more late-stage rounds deals are occurrring vs. early stage. When we plot the number of biotech deals that are 1st round vs. later round, the divergence is pretty clear (see below). However, when we plot the amount of money going into 1st rounds as a percent of total biotech investment, it is far more consistent (15-20% of all invested biotech VC money). Thus, taken together, this would mean the following: 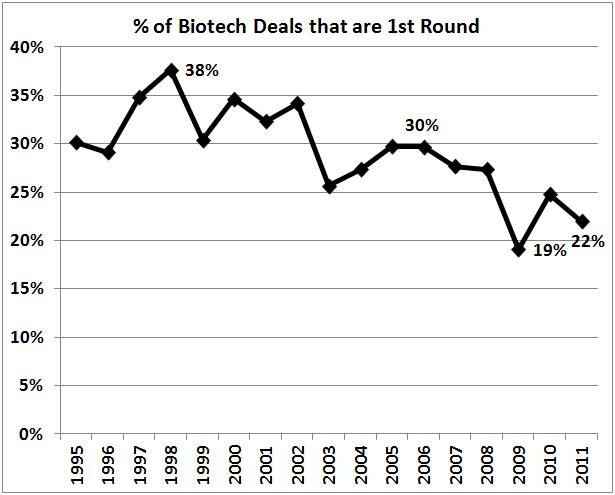 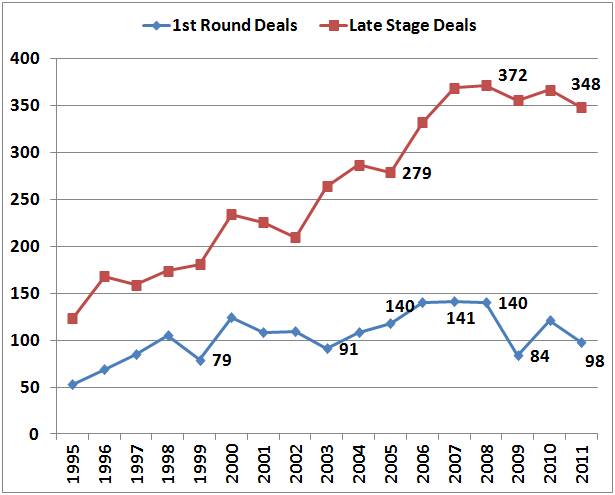 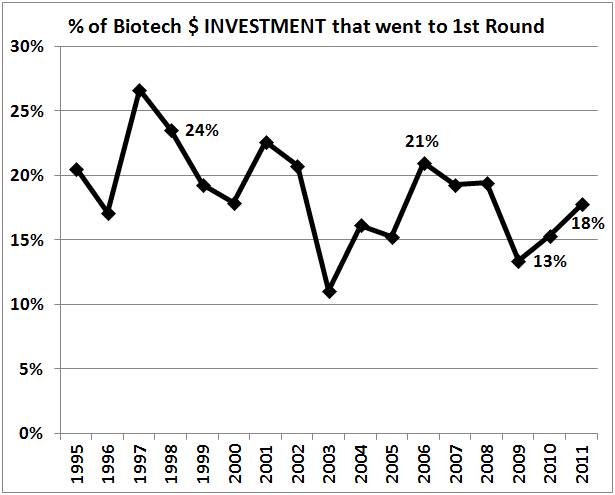 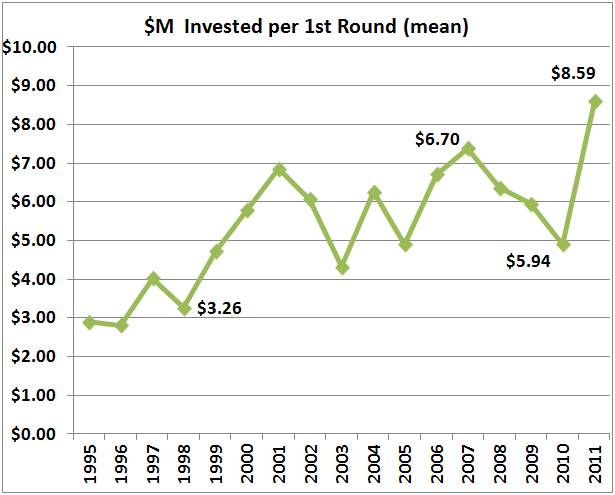