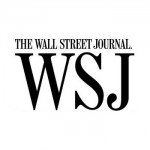 As discussion over GMO food labeling moves to the Senate with consideration of S. 2609, the Biotech Labeling Solutions Act, the Wall Street Journal editorial board explains how Vermont’s state rule to label GMO foods will raise costs nationwide:

The Constitution gives Congress the power to oversee interstate commerce, including the right to pre-empt state laws that dictate rules for businesses that operate nationwide. The organic legislators of Vermont will soon mandate deceptive and costly food labels that would harm consumers across the U.S., and it’s up to Congress to correct the overreach.

The Vermont law, which becomes effective July 1, would require labels on all genetically modified foods produced or sold within the state. The ostensible purpose is to inform consumers, not that shoppers learn anything. So-called GMO foods are made from crops whose DNA was designed to withstand droughts or resist pests, and more than 2,000 studies have found GMOs as safe as any food.

Today’s technology builds on the breeding techniques that once helped turn a bitter green plant into lettuce. The Food and Drug Administration mandates disclosure for nutritional or safety characteristics, neither of which is altered by genetic engineering. But consumers who see a “No GMO” label near a “No TransFat” mark might think there is reason to avoid GMOs, though no evidence supports that conclusion.


The Vermont scheme is more expensive than pasting a sticker on a box of crackers.

Ingredients would need to be segregated from the grain elevator to the grocery store. No brand could label only what sells in Vermont, lest an illicit bag of Cheetos cross the New Hampshire border and incur the $1,000 a day fine. Companies may opt for noting that products “may” be produced by genetic engineering, which is acceptable under the law. So much for enlightening the public.

Consumers will pay through higher grocery bills, perhaps $500 a year for a family of four, according to a Cornell University study of a similar proposal in New York. A recent study by economic consult John Dunham & Associates found that if national companies react to Vermont’s law by switching to non-GMO commodities—most of which cost about 10% more—a family would pay $1,050 more a year for food. (Opponents of the law financed the study).

Among the law’s defenders is Democratic presidential unhopeful and Vermont Senator Bernie Sanders, and it’s rich to see the guy who rails against the 1% defending Vermont’s 0.2% of the U.S. population dictating food prices for the other 99.8%. Another irony is Sen. Sanders’s supposed loathing for special interests: The Vermont law exempts milk and cheese, which is great news for the state’s large dairy industry.

Enter Kansas Senator Pat Roberts, who is moving a bill to establish a voluntary federal program for labeling GMOs. His proposal would pre-empt Vermont and direct USDA to create a standard label that companies could choose to put on products. This is unnecessary: USDA already runs a voluntary GMO-labeling program, and it’s called the organic seal. But some 20 state legislatures are considering labeling bills, and the Roberts plan would thwart a patchwork of state regulation—and might win 60 votes in the Senate.


No agricultural innovation has been more maligned than GMOs, though the technology has proven safe, reliable, affordable and good for the environment.

Congress should refuse to indulge fads peddled by a minority in Vermont—commands against gluten, butter or whatever comes next—and let consumers decide what to eat.
More on This Topic