Vilsack: Advancements in Ag are Good for People and the Planet

Tom Vilsack, Former Agriculture Secretary and President/CEO of the U.S. Dairy Export Council, wrote an op-ed for The Hill about the need to embrace science to help battle the challenges related to climate change: 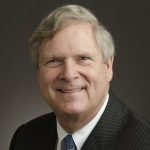 This Earth Day, hundreds of thousands of people marched to “defend the vital role science plays in our health, safety, economies, and governments.” The March for Science echoed in communities around the world, celebrating the many contributions science has afforded our society, but also reacting to the growing influence the denial of science is having in political discourse and domestic policymaking here in the United States. Champions of science have a right to be concerned. With every step taken to censor research or dismantle protections to our clean air and water, we grow acutely aware of the impact this altered path may have on our ability to fight climate change – potentially one of the greatest threats to humankind.

Now more than ever we need to embrace the power of science to help us battle the challenges related to climate change. Anything less than a holistic approach may have drastic negative impacts on tens of millions of people across the world.

To date, science has led us to the technological advancements that have helped us create wind turbines, solar panels, hydro-powered plants, and other renewable energy sources – allowing us to reimagine the promising future of an energy industry that has been negatively contributing to the climate change problem for decades. When we allow science to swing at the problem, it almost always gets on base.

The good news is that science is waiting in the dugout to help another major industry make measurable, positive progress on its impact on the environment. That industry is agriculture, which currently accounts for 33 percent of global greenhouse gas emissions.

Simply put, when a farmer transitions to a GMO crop, the environment benefits. First, there’s a reduction in the use of harmful chemicals that pollute lungs, permeate soil, and runoff into streams. According to a recent study in PLOS One, GM technology adoption has reduced global chemical pesticide use by 37 percent. 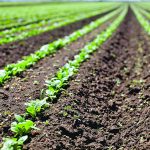 According to the same study, this adoption has increased crop yields by 22 percent. A Purdue University study determined that eliminating all GMOs from agricultural practice would decrease corn yields by 11.2 percent, soybeans by 5.2 percent and cotton by 18.6 percent. It would take converting more than 252,000 acres of U.S. forest and pasture into cropland and more than 2.7 million acres globally to make up the difference. Imagine the impact that would have on global greenhouse emissions.

On the issue of crop yields, if gone unchecked, climate change will have drastic implications on the viability of crops in vulnerable countries that rely solely on rainwater for irrigation purposes, devastatingly increasing the levels of food insecurity among the poor in underdeveloped countries. For example, 94 percent of all corn grown in Africa is rain-fed. Increased periods of drought — a likely effect of climate change — mean that supporting the use of drought-resistant crops is essential to ensuring that these countries are able to maintain crop yields with their current infrastructure and sufficiently feed their own populations. The most promising path there is through improved seed developed through genetic technologies.

While public skepticism around the safety of GMOs is significant, the overwhelming evidence demonstrates that these crops have not been linked to a single health risk in the more than two decades they’ve been in our marketplace. This scientific advancement is an extension of cross-breeding, a practice that has been part of the agricultural progress for hundreds of years. And, just as 97 percent of scientists agree that climate change is real and caused by humans, there is tremendous scientific consensus on the safety of GMOs, with 88 percent of scientists saying that GMOs are safe, according to the Pew Research Center and the American Association for the Advancement of Science.

Embracing innovative farming technologies and practices like seed improvement through genetic modification puts us on the path toward a more food-secure and environmentally stable future. Turning our backs on these advancements, on the other hand, has the potential to stifle innovation and jeopardize agriculture’s ability to win the battle against climate change, not to mention other daunting challenges we face going forward.

Unfortunately, food manufacturers are being subjected to great public pressure to go “GMO-free,” with brands like Dannon and Cheerios bowing to the pressure and shifting to sourcing only non-GMO ingredients. If this trend is allowed to continue, the impact on farmers, and in turn the environment, could be monumental.

As champions of science continue to make their voices heard, it’s imperative to celebrate and acknowledge the promise of positive change embodied as technology being leveraged in multiple ways. If we allow science its chance at bat, we have a chance to win this.