September 8, 2017
For many of us, it is not difficult to remember a time where the role of patient advocacy in science and medicine was far different, and much more limited, than it is today. Patient advocacy organizations were, by and large, relied upon to elevate awareness of their target illnesses, raise money and, in some cases, help recruit individuals to participate in clinical trials.

In the 1980s, as the HIV/AIDS epidemic came into focus, this began to change. As I recently shared at Astellas’ patient advocacy summit, I gained a front-row seat for this important moment in history when one of the first pharmaceutical companies to develop a potential treatment for the disease asked me to serve as its liaison to the HIV/AIDS community. The involvement of patients demonstrated a major shift in healthcare: the medical research infrastructure began to realize the value of giving patients a seat at the table. With healthcare providers, scientists, pharmaceutical manufacturers, diagnostic companies and patients working in concert, we succeeded in transforming AIDS from a death sentence to a manageable chronic disease.

Since that time, we’ve seen progress – sometimes not as fast as we would like – in the role that patient advocates play in medical advancements. Now, as we enter a period in drug development that promises to see revolutionary new cures and treatments for a wide range of diseases, the patient voice is perceived as vitally important and structures have been put in place to ensure that voice is heard.

While biopharmaceutical companies like ours have been intent for some time on incorporating patient perspectives into our drug development work, an important moment occurred in 2012 with the passage of the FDA Safety and Innovation Act (FDASIA). That law, besides reauthorizing the user fee statute known as PDUFA, established a five-year Patient Focused Drug Development program as a formal conduit for patients to share with regulators and industry how diseases are affecting their daily lives. This led to a report laying out concrete steps for engaging patients in medical research decision-making.

Today, there is no question that patient advocates need to be at the center of biopharmaceutical advancement. With the emphasis we see today on accumulating real-world evidence and prioritizing patient-focused drug development, the patient voice and perspective has become invaluable. Congress realized this, as well, in the passage of the 21st Century Cures Act, which includes clear provisions codifying the patient role in drug and medical device development.  And, this summer, the passage of the newest iteration of PDUFA legislation has further expanded opportunities for patient participation.

In the 1980s, patients had to go to the medical establishment and demand their voices be heard in the war against HIV/AIDS. Today, the evolution of drug development has actually led to patients being invited into the decision-making rooms without having to knock the doors down.  Private industry and public policymakers have worked with advocates to create a new paradigm in which the envisioning, creation, testing, and approval of new, game-changing treatments will be guided to a significant degree by the patient perspective.

We must always ensure that the voice of the individuals that are directly affected by the diseases that we treat and work to prevent continues to be heard during every step of the drug-development process. As I reflect back on my days working on behalf of the HIV/AIDS community and think of the myriad ways in which the patient voice is elevated today, I am confident that we are on the right path.


Next month, BIO will host the Patient and Health Advocacy Summit, an annual event that brings together stakeholders for timely policy discussions and best practice seminars. This is the first in a series of guest blogs highlighting efforts by BIO members to bring the patient voice into the discovery,  development and delivery of life-saving medicines. 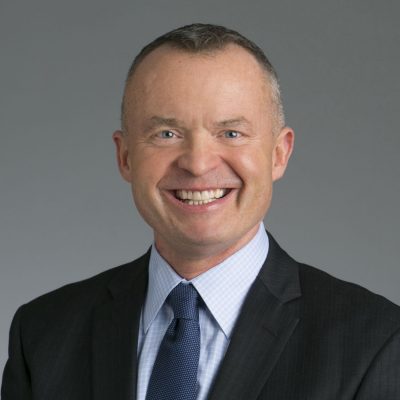 About the author: Jeff Winton is the Senior Vice President, Corporate Affairs for Astellas Pharma. He leads a multi-faceted team of communications, corporate social responsibility and events, government affairs, policy and advocacy professionals.  Winton is a member of the Astellas Americas Management Committee and serves as the executive sponsor of Astellas' People Living with Disabilities employee resource group.

Before joining Astellas, Winton served as the vice president and head of global communications at other leading pharmaceutical and agricultural companies, including Eli Lilly and Company, Schering-Plough, and Pharmacia.