May 19, 2016
The world’s farmers have passed a remarkable milestone: We’ve just planted the world’s 5-billionth acre of genetically modified crops.

We don’t know exactly where it happened or even on what day it occurred. But we know that it must have taken place this spring, probably in the northern hemisphere, according to statistics maintained by the Global Farmer Network (formerly Truth About Trade & Technology), which has tracked the global planting and harvesting of these remarkable crops for years. 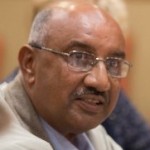 “It possibly happened in India – and there’s even a tiny chance that it transpired on my small farm at Hanumangarh in the state of Rajasthan, where I grow GM cotton as well as conventional varieties of wheat, mustard, beans, and some vegetables.

“I am able to say that GM crops have transformed my life for the better. The world needs more of them – and India’s government should approve new kinds so that farmers and consumers alike can enjoy the enormous benefits.

“Before GM cotton, we sprayed our fields almost every alternative day with pesticides and still we could barely control the bollworms. They ravaged our crops. Lucky for me, my farm became a testing ground for GM cotton in 2003, and I saw firsthand how these plants possessed a natural ability to fend off pests. I was convinced this was going to be a game changer for farmers, and I became one of India’s first farmers to adopt this technology. Thanks to GM technology, I was able to give a good education to my two children. I also renovated my house for the first time in 20 years.”

“When Indian farmers saw the benefits of GM technology, they were very quick to adopt these seeds. Today, 95 percent of all the cotton grown in India is GM—and last year, India became the world’s leading grower of cotton, slipping ahead of China and staying well in front of the United States, which ranks a distant third.”

Kang concludes, “Wherever farmers have had a choice, they’ve jumped at the chance to grow GM crops.  We need GM technology not only to help eliminate hunger from this world, but also as we strive for healthy and well-nourished future generations.

“The more we’re allowed to plant them, the better we’ll do, as we move in to the future and hit new billion-marker milestones.”