When Did Science Become a Dirty Word? 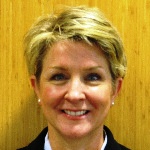 Cathleen Enright wrote a thoughtful commentary for CNBC on about how consumers are increasingly standing up for scientific evidence as being reliable on one issue, but questioning its validity on another, even when there's an equally rigorous body of evidence. Examples of this exist – not just in the debate over GMOs – but also in discussions around climate change and childhood vaccines.

Enright is the executive director of the Council for Biotechnology Information and the lead spokesperson for GMO Answers; she is also the Executive Vice President for Food & Agriculture at BIO.

The scientific community is often stuck playing defense. The attack on science isn't new, of course. But currently, as social media drives debate around some of the most heated issues of the day — such as the veracity of climate change, the trustworthiness of vaccinations and the safety of genetically-modified organisms (GMOs) — the discrepancies are disquieting.

Increasingly, consumers have been standing up for scientific evidence as being reliable on one issue, but questioning its validity on another, even when there's an equally rigorous body of evidence. That's because in the age of Google, social media, personal blogs and partisan media, it's easy to find sources that reinforce a personal point of view. Sometimes it's more convenient to believe your favorite blog with a similar perspective than time-tested scientific evidence to the contrary.

A healthy skepticism is important. We must continue to question and investigate to ensure we can keep each other honest. But the debates around science seem to impair our ability to do just that — they are now more amplified, partisan and rooted in fears than around research.

For example, the vaccine debate has been crossing over into the pop culture arena. Recently, Jimmy Kimmel used the late-night stage to share an entertaining public-service announcement from doctors who are surprised and frustrated that they still need to urge parents to vaccinate their children.

This particular issue seems to be hitting a nerve with many parents throughout the nation. They're speaking out against the growing anti-vaccine movement and turning to science for support. But it took an outbreak of measles across the country for that to happen. Will we wait for other crises to emerge before paying attention to the science in other fields?

In the agriculture space, the main controversy is around GMOs because the biotechnology industry and scientists haven't done the best job answering consumers' questions and embracing their skepticism — until recently. While GMOs are the latest advancement in the field of plant breeding that has evolved over 10,000 years, some consumers are inherently distrustful of the technology.

Efforts to educate the public now about research are critical: to help consumers determine what's real from what is merely speculation and fear; to recognize that not all scientific research is created equal; and to consider what information is reliable and valid.

Thousands of research scientists and academics with in-depth expertise have invested time and resources to ask questions and conduct experiments to answer them. But how do we know the resulting data are credible? There are a few key flags to consider: What question is being asked, is the experimental design consistent with the question, do the conclusions support the evidence provided, has the research been peer-reviewed and independently verified, have the research results been duplicated by others, and what is the quality of the publishing journal and its review process? Many scientists recognize that providing this information is vital to increasing public confidence in science and, therefore, their work.

However, some are trying to stop important research and discourse on controversial topics likes GMOs from happening. The latest attempt to advance distrust in science is from a critic who filed broad-sweeping requests under certain states' Freedom of Information Act (FOIA) laws in an attempt to force public universities to disclose communications between GMO experts and the biotechnology industry. While FOIA is an important tool for information gathering, it is sometimes used inappropriately as a fishing expedition to slow down research, intimidate faculty and penalize universities whose scientists make the time to talk about their work and what the research says.

This implies is that the scientific community has something to hide — despite public efforts to create an open dialogue. What's concerning is that this FOIA effort may have the chilling effect of quieting the voices of some of the world's most talented experts on biotechnology in the agriculture space by discouraging them from contributing to the national conversation.


When did science become a dirty word? When did the loudest voice on social media become the one that is tuning out other voices who have the credible research on their side? We must follow the science. It's what helped us eradicate diseases, some of which have unfortunately resurfaced again. It's enabled a single U.S. farmer to increase his or her ability to provide food for 10 people in 1930 to 155 people in the 2000s. It's also critical to help us understand how human activity affects our environment.

The scientific community and experts have an important role to play educating us about the most accurate scientific information available. It's our job to listen — with a critical ear.