June 1, 2017
It has been almost 20 years now, but I’ll never forget the feeling of shock and inconsolable worry that overtook me upon hearing my sister, Alice, had been diagnosed with breast cancer. It was like the wind had been knocked out of me.

Like so many Americans whose families have been touched by cancer, I tried my hardest to swallow those feelings so I could jump into attack mode. I’m my family’s designated problem-solver, and I was determined to do everything in my power to help Alice beat her disease. I immediately began talking with my medical society and physician friends about finding the best oncologists who could be put on the case. Soon, Alice was in good hands with a team of first-rate physicians and an established treatment program. Only then did the full gravity of the situation and the heart-wrenching fear of the unknown set in for me. 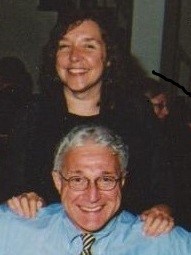 Alice helped calm her worried family during those difficult and uncertain times. She never seemed to panic, and while she was undoubtedly anxious about her treatment, she didn’t show it.

She survived. Our family rejoiced. If it was possible to love her any more than we already did, we all held her extra close for a very long time after her harrowing ordeal.

Alice is one of 15.5 million cancer survivors alive in the United States today, thanks to advances in oncology treatments and earlier diagnoses. On Sunday, we honor survivors all over the world as we mark National Cancer Survivors Day.

Fortunately, there are new reasons to be hopeful for those whose lives are impacted by cancer.

The national cancer death rate has fallen 25 percent from its peak in 1991, according to the American Cancer Society (ACS). This decline translates to more than 2 million lives saved. Eighty percent of the life expectancy increases for U.S. cancer patients are attributable to new treatments. Additionally, 5,000 cancer therapies are currently in the pipeline, most of which are first in class, meaning they represent entirely new ways to treat the disease.

The number of cancer survivors continues to grow and is expected to reach more than 20 million by 2026. The three most common cancers among female survivors are breast, uterine, and colorectal. Among male survivors, the most common are prostate, colorectal, and melanoma skin cancers, according to the ACS.

My sister Alice has been cancer-free for almost two decades. She might not be alive today if she didn’t have the wisdom to perform routine self-exams. She discovered her own lump at Stage 2, when odds of survival are still quite good. Alice underwent several lumpectomies, six weeks of radiation and four months of chemotherapy. Within a year, she had completed the bulk of her treatment and was declared cancer-free. She still saw her oncologist quarterly for five years while taking regular doses of tamoxifen to minimize chances of a relapse.

If you ask Alice how she survived cancer, she will credit her team of doctors and her outstanding treatment. But she is also quick to point out one of the most important realities of modern cancer care: There’s no better treatment than prevention and early detection. We are entering a new generation of understanding cancers, how they develop and how they progress. Novel research is allowing scientists to create powerful new technologies to screen and manage early-stage cancers.

Take lung cancer, for example.  We now have something called genomic classifiers that can identify early lung cancers. The National Cancer Institute notes that assessing gene expression in cells from current and former smokers may be useful in improving the accuracy of bronchoscopy, potentially helping to eliminate the need for invasive biopsies.  Research on patterns of DNA damage in normal cells enabled the development of a new genomic classifier that may be used in real-world clinical settings to test cells from a non-invasive bronchoscopy. The results of this testing may help predict the presence of cancer in the lung.

In identifying breast cancer, there is an emerging technology that looks at a person’s clinical risk factors combined with their genetic makeup to determine the risk of developing breast cancer. The exam analyzes DNA for genetic markers commonly associated with the disease.

Patients with a rare form of non-Hodgkin lymphoma are now benefiting from a breakthrough drug previously approved to treat chronic lymphocytic leukemia and mantle cell lymphoma.  The success of this new use shows the importance of investing in research on approved drugs to discover new indications that increase a patient’s odds of beating the disease.

New immunotherapy treatments, like monoclonal antibodies, are designed to attack a specific part of a cancer cell, addressing concerns about earlier therapies that were far less discriminate in damaging healthy cells as they fought cancer cells.

Immune checkpoint inhibitors take the brakes off our immune system, which helps it recognize and attack cancer cells. Other types of immunotherapies boost the immune system, which can increase the efficacy of treatment.  To date, immunotherapy has been used successfully to treat melanoma and could eventually be a game-changer for patients with lung, kidney, and pancreatic cancers.

Researchers are now analyzing blood for possible abnormal protein structures to identify some of the most deadly and difficult-to-detect cancers. Previous blood tests were not sensitive enough to detect these cancers at their earliest stages. Scientists at the Cleveland Clinic believe this research could lead to a more effective test for pancreatic cancer – one of the most lethal cancers because it is so difficult to detect. Biotechnology offers hope that we can improve early detection and treatment outcomes.

Although my sister Alice reported no problems while taking tamoxifen, many women are hesitant due to fear of blood clots and other side effects. Early testing is under way on a gel form of the therapy that could reduce the odds of harmful interactions.

In the years since her remission, Alice has confided that she was indeed scared. She coped with those feelings by keeping a journal, staying positive and sharing laughs with her family whenever possible. Today, like so many other cancer survivors, Alice tries never to take a day for granted. She shares her personal story with friends so they will get regular mammograms and perform routine self-examinations. I’m so proud of my sister for her courage and for spreading her knowledge to create more cancer survivor stories.
More on This Topic