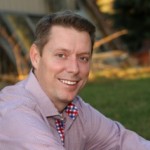 On the Washington Post’s Wonkblog, reporter Roberto Ferdman addresses the issue of perceptions about GMOs and biotechnology in food production. Ferdman spoke with Jayson Lusk, an agricultural economist at Oklahoma State University, who has been studying peoples' aversion to GMOs ever since they were introduced in the late 1990s. Lusk likens the split to the disagreement that once existed between the scientific community and general public about climate change, but warns that it can be hard to change peoples' minds about biotechnology:

Let's get right to the heart of this. When did all this GMO talk—both positive and negative—start?

The topic was pretty under the radar for many years. There was some interest when the first biotech crops hit the market in the late 90s, and there were groups, of course, that opposed them, but by and large it wasn’t a significant majority of people.

What brought it to everyone's attention was, quite frankly, the sellers of many natural foods and organic products. I don’t want to say that they were stoking people’s fears, but they kind of were, at least to the extent that that helps sales of their own products. So there was some of that advertising, and the advertising that pitched products as not containing GMOs, which raised consumer awareness.

And you have tracked consumer sentiment yourself, right?

I have conducted a monthly survey for two years now, which tracks awareness and concern for different food issues. And yeah, one of the concerns we track is biotechnology and GMOs. So for at least two years, I have had a kind of monthly finger on the pulse of knowledge and fear.

What has it shown?

The general sense is that there are ups and downs in how people feel, but there aren’t as noticeable or significant as most people think. We ask people whether they have heard about GMOs in recent weeks, and then we ask, you know, how concerned are you about GMOs right now. The responses vary a bit. Sometimes the views are more negative, especially if there is some form of negative news about GMOs out there, but generally it hasn’t changed all that much. I mean, people certainly aren't feeling better about GMOs, but their aversion has been steady.

What exactly is it about GMOs that people are so scared of?

Most people don’t have a lot of knowledge about GMOs. The average person hasn’t spent much time thinking about it. Nonetheless, if they were to see a label about them, they would likely be averse to them. It’s something that seems a little unnatural, and there’s a psychological tendency to desire naturalness in food and avoid some forms of novelty in food. That plays into a psychological bias that we have against them.

So it’s not necessarily that people have a strong, innate aversion to GMOs, per se, so much as that they have a negative reaction to something that seems like an additive or unusual.

Not really. I mean, they are, but it's part of a more general aversion to biotechnology, to things people don't understand.

In a lot of ways, I think it’s akin to anything that appears on a label that says “may contain X,” where X is literally anything people haven’t heard of or don’t understand, and because of that, sounds somewhat strange.

We actually tested this with a label on apples that said “this label is ripened using ethylene,” which is a very commonly used and safe process. But people were as averse to those apples as they were to GMOs, simply because they didn’t know what ethylene was.

People aren’t really differentiating a whole lot in between these things. They are just unfamiliar, scary sounding things about food.

How do you feel about GMO labeling?


If there’s some demonstrable health or safety risk, I think it’s without question a must. That’s true for, say, peanuts, because so many people are allergic. It’s also true of nutritional labels, because we know that the number of calories and other nutrients you consume has a direct relationship to your health.

Those are legitimate reasons to label foods.

But since the scientific community is more or less in agreement that GMO crops are no more harmful than traditional crops, it is less clear what is the purpose of benefits of a label.

My aversion is that one. If there isn’t a health risk associated with GMO crops, then why force a mandatory label?

Now, voluntary labels are another thing. There are all sorts of voluntary labels out there. There are many things that people care about individually, and are willing to pay more for. There’s a pretty healthy market for voluntary non-GMO products, and I don’t see anything wrong with that. That’s not to say that I don’t see abuses of people’s trust. I have seen salt labeled as non-GMO, when salt, by definition, cannot be genetically modified, since it’s a mineral and doesn’t contain DNA.

At the end of the day, I guess I see the value in both arguments. But I tend to side with the anti-labeling side, because I think the costs are likely larger.

Ok, let's talk about the future now. Would you say that we have hit the peak of GMO aversion?

You know, I actually have no idea. These things are really hard to predict. Much harder than most people realize.

Let’s suppose you had some really large food safety scare, which touched GMO crops even tangentially. That would sway opinions incredibly quickly. Now that doesn’t seem like it’s going to happen, and I certainly don’t think it will, but it’s not out of the question.

The other way it could go, however, is that someone introduces a biotech crop that captures the public’s imagination but doesn’t scare them. That way, people warm up to a GMO crop that is more approachable, and in doing so, become desensitized to the bizarreness or strangeness about GMO crops that they once felt.

A perfect example is this new arctic apple, which doesn’t brown. Especially if it isn’t made by some big agricultural behemoth, like Monsanto.

So you think people are less likely to believe in GMO crops if they’re made by big companies?

Definitely. One of the biggest concerns people have is that we have these big agrochemical companies benefiting from this technology. It’s benefiting them, for instance, by allowing them to sell more seeds or herbicides.

What people don't know is that some of those crops are now being produced by non-profits and at universities, and those crops would actually reduce the need for any chemical inputs or fertilizer inputs. Some of them get rid of the need for pesticides and herbicides altogether.

Can you think of other forms of technology that have overcome consumer fears?

A perfect example is pasteurization in milk. At first it was very strange to people, and no one knew what to think about it. But today it’s widely accepted and viewed as improving the safety of milk.

Another one is microwaves. Everyone has them in their home today, but back in the 1970s it was close to zero. It took a bit for them to catch on, for people to warm up to them.

But then there are things like food irradiation that are perfectly safe but people seem to be permanently skeptical of.

Why do people warm to certain things but not others?

One of the theories about why how people respond to risks is that their perceived level of riskiness depends on how familiar something is to them. In general, things that are more unfamiliar will be perceived as riskier. The other thing is control. When we believe we have more control over something, we tend to view it as being less risky.

So if you put those two things together, things that we have little control of and are unfamiliar will seem extremely risky to people, even if they shouldn’t.

What’s interesting is that that actually might point to a reason to label GMO products. That way people might feel as though they have more control, that they can avoid them if they choose to, and therefore view them as being less risky.

Anyway, it’s a pretty subjective thing. If people were objective about risk, they would be much more worried about cars, which kill more people every year than most anything else. But they’re not.

So you're not willing to bet on whether people will eventually come around on GMOs?

I don’t know what will actually happen, but I can tell you what I hope will happen.

I hope people will be a bit more optimistic, a bit more positive in their view of biotechnology. I have a book coming out next year called ‘Unnaturally Delicious,’ that looks at all different sorts of innovations in the food world. I’m very excited about advancements in the space.

In general, I’d like to elevate the conversation about GMOs beyond the current one. The truth is that many of the concerns people have with GMOs, especially those tied to the use of pesticides and herbicides, will wither away. The technology that we have coming down the pipeline won’t require their use.

I’m not saying we should adopt everything wily nilly. It’s very important that we not introduce new allergens into the food system. Because biotechnology allows for so many things, there will inevitably be many things we simply can’t approve, and shouldn’t.

What I find comforting about the discussion is that it seems to be somewhat analogous to the discussion on climate change. Early on, many of the media outlets had positions all over the place. But as a scientific consensus has formed, there has been much more agreement about what the science says.