Mary-Dell Chilton, Robert T. Fraley and Marc Van Montagu, all pioneers in the science of agricultural biotechnology, have helped lead a global agricultural transformation through scientific research and advocacy for modern farming practices.

“These individuals have dedicated their lives to scientific discovery and feeding the world,” said BIO president and CEO Jim Greenwood.  “Their contributions have helped improve the lives of farming families around the globe, while increasingly the availability of safe, healthy and affordable food.  Their achievements are not just scientific, but – more importantly – humanitarian.”

Building upon the scientific discovery of the Double Helix structure of DNA by Watson and Crick in the 1950s, Van Montagu, Chilton, and Fraley each conducted groundbreaking molecular research on how a plant bacterium could be adapted as a tool to insert genes from another organism into plant cells, which could produce new genetic lines with highly favorable traits.  The revolutionary biotechnology discoveries of these three individuals – each working in separate facilities on two continents – unlocked the key to plant cell transformation using recombinant DNA.

Plant biotechnology as a new phenomenon rocketed to the forefront of the scientific world in 1983 when Van Montagu, Chilton, and Fraley each presented the results of their independent, pioneering research on the successful transfer of bacterial genes into plants and the creation of genetically modified plants at the Miami Biochemistry Winter Symposium: “Advances in Gene Technology.”

The Impact of Biotechnology
The pioneering work of Marc Van Montagu, Mary-Dell Chilton, and Robert Fraley contributed to the emergence of a new term, “agricultural biotechnology,” and set the stage for engineering crops with novel traits that improved yields and conferred resistance to insects and disease, as well as tolerance to adverse environmental conditions. Their work has made it possible for farmers in 30 countries to improve the yields of their crops, have increased incomes, and feed a growing global population.

Beginning with the first cultivation of staple transgenic crops in 1996 until the present, biotech crops have contributed to food security and sustainability by increasing crop production valued at US $98.2 billion and providing a better environment by reducing the application of significant amounts of pesticides worldwide.

Agricultural biotechnology is the most rapidly adopted technology in the history of agriculture with 17.3 million farmers in 28 countries growing biotech crops on 420 million acres.  Ninety percent of these farmers are resource-poor farmers in developing countries, where hunger, malnutrition and poverty are most dire.

While serving on the faculty and conducting molecular biology research at Washington University in St. Louis, Chilton’s team harnessed the gene-transfer mechanism of Agrobacterium to produce the first transgenic tobacco plant. Chilton’s work provided evidence that plant genomes could be manipulated in a much more precise fashion than was possible using traditional plant breeding.

Chilton was hired by Ciba-Geigy Corporation (later Syngenta Biotechnology, Inc., or SBI) at Research Triangle Park in North Carolina in 1983 and began the next phase of her career, spanning both biotechnology research and administrative roles including Vice President of Agricultural Biotechnology, Distinguished Science Fellow, and Principal Scientist.

Chilton established one of the world’s first industrial agricultural biotechnology programs, leading applied research in areas such as disease and insect resistance, as well as continuing to improve transformation systems in crop plants. She has spent the last three decades overseeing the implementation of the new technology she developed and further improving it to be used in the introduction of new and novel genes into plants.

Growing up on a small Midwestern, Fraley’s interest in the scientific complexities of living organisms developed early and blossomed during his undergraduate education and graduate training in microbiology and biochemistry.  As a research specialist, Fraley led a plant molecular biology group that worked on developing better crops through genetic engineering—to give farmers real solutions to critical problems such as the pest and weed infestations that frequently destroyed crops.

A breakthrough occurred when Fraley and his team isolated a bacterial marker gene and engineered it to express in plant cells. By inserting that gene into Agrobacterium, they were able to transfer an immunity trait into petunia and tobacco cells. Fraley and his team produced the first transgenic plants using the Agrobacterium transformation process.

At Monsanto since 1981, Fraley’s work has helped arm farmers across the globe with genetically modified seeds that are resistant to insect and weed pests, and that are tolerant to changes in climate such as excessive heat and drought.  He has especially championed making biotechnology accessible to small-holder farmers. 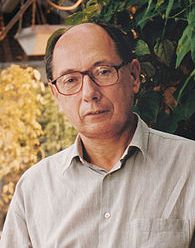 As a student at Ghent University, Van Montagu became intrigued with the new science of molecular biology, particularly the functions of DNA and RNA.

In 1974, Van Montagu and his fellow researcher Jeff Schell (1935-2003) were the first to discover that Agrobacterium tumefaciens carries a rather large circular molecule of DNA, which they named “Ti plasmid.” This discovery galvanized the emerging molecular biology community, and set up a race to develop workable plant gene tools that could genetically engineer an array of plants and greatly enhance crop production worldwide.

Van Montagu founded two biotechnology companies: Plant Genetic Systems, best known for its early work on insect-resistant and herbicide tolerant crops; and Crop Design, a company focused on the genetic engineering of agronomic traits for the global commercial corn and rice seed markets. In 2000, he founded the Institute of Plant Biotechnology Outreach with the mission to assist developing countries in gaining access to the latest plant biotechnology developments and to stimulate their research institutions to become independent and competitive.
More on This Topic