Worried About GMOs at the Grocery Store? Here's What You Need to Know

July 11, 2018
Labeling of GMOs has been in the news a lot lately.  Actually, the issue has been in the news a lot for several years now. People say they have a right to know what's in their food and how their food is grown. The question is: Why GMOs? Why not other breeding methods like mutagenesis, crossbreeding, or polyploidy? None of them are "natural." All of them made with man's intervention. All of them involved changes to DNA.  Why now? GMOs have been on the market in the United States for more than 20 years now - why is there a big push for  labeling GMOs now? 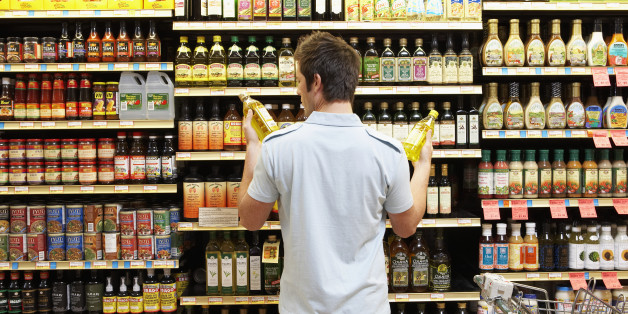 Most importantly, should you care if GMOs are labeled? Should you be worried? Should you avoid GMOs, once you start seeing them being labeled? A new study shows that GMO labels reduce peoples fear of GMOs. But does it matter?

GMO Answers volunteer expert Connie Diekman, M.ED., RD, CSSD, LD, FAND, has written a new op-ed in the Kansas City Star that tells what you really need to know about GMOs and labels.


GMO crops have been around since the 1990s. As outlined in the Academy of Nutrition and Dietetics’ review “Advanced Technology in Food Production,” they are grown by farmers in the U.S. and in 28 nations around the globe. The process involves introducing desirable traits in plants, either by selective breeding of healthy strains or by crossbreeding related species.


In 2016, the National Academies of Science released a review of more than 1,000 research publications, which concluded that there was no difference between GMO and non-GMO crops in regards to nutritional value or impact on human health. As a registered dietitian, I found strong confirmation in that review of the benefits and safety of these products.
Further, a 2018 systemic review paper in The Journal of The Academy of Nutrition and Dietetics looked at GE, or genetically engineered, foods — a specialized subset whose genes have been modified using technology — and found their allergenic potential is no different from that of conventional foods.

So while you're reading these stories about GMO labeling, seeing posts on social media about the issue, remember to stick to the facts and not fall prey to hyperbole and scare tactics.

To learn more about GMOs, visit the GMO Answers website to explore and submit your own questions about the technology.
More on This Topic